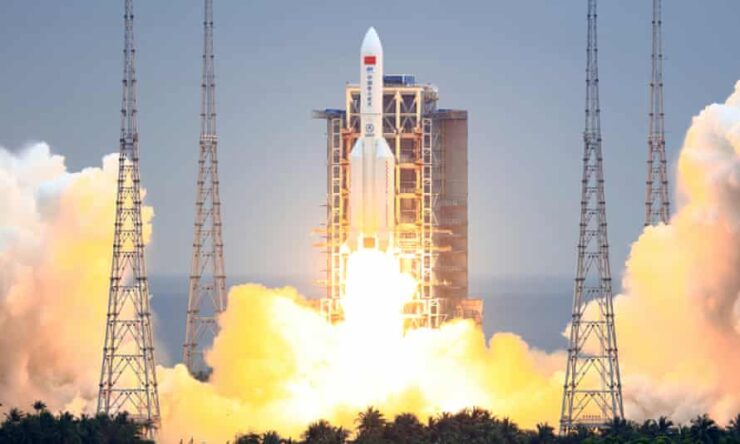 A 22.5-tonne piece of China’s Long March 5B rocket — used as a prop in a Weibo post mocking India's Covid-19 crisis — is set for an uncontrolled reentry into Earth’s atmosphere around May 8 and its final destination is unknown.

China launched the Long March 5B on April 28 to place part of its Tianhe space station module into orbit. However, the core stage of the rocket — now space junk as it's been expended — also reached orbital velocity. This is unusual for expendable rocket stages. Most jettison their payload with enough velocity to reach orbit before firing thrusters to de-orbit for a controlled atmospheric re-entry into a predetermined landing zone, according to Space News.

US Space Command is actively tracking the object now known as CZ-5B/2021-035B. Russia’s Automated Warning System on Hazardous Situations in Outer Space (ASPOS OKP) also warned that the remains of Long March 5B were entering the atmosphere in an uncontrolled fashion. 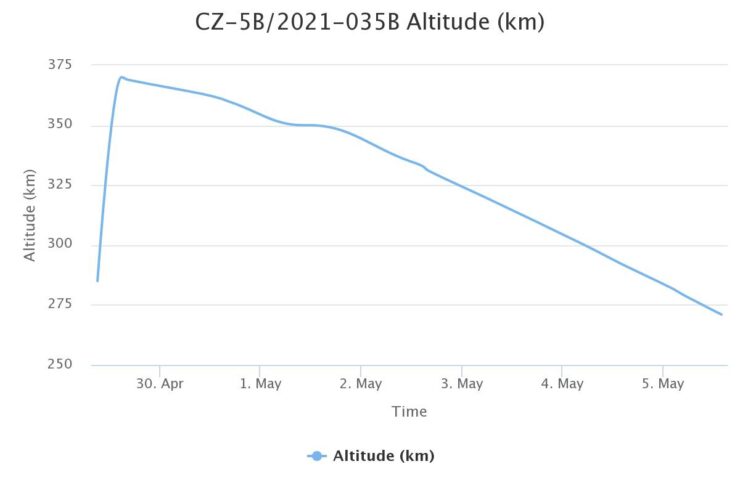 This will set records for the largest object to enter the atmosphere in an uncontrolled fashion. Most of the recent uncontrolled re-entries are also from Chinese rockets. During a launch of the same class of rocket last year debris rained down on Côte d’Ivoire, Africa.

Reports of a 12-m-long object crashing into the village of Mahounou in Cote d'Ivoire. It's directly on the CZ-5B reentry track, 2100 km downrange from the Space-Track reentry location. Possible that part of the stage could have sliced through the atmo that far (photo: Aminata24) pic.twitter.com/yMuyMFLfsv

Before it Was Dangerous Space Junk, Long March 5B Used to Mock India

On Earth, the Long March 5B was last seen in a Weibo post mocking the Covid-19 crisis in India. 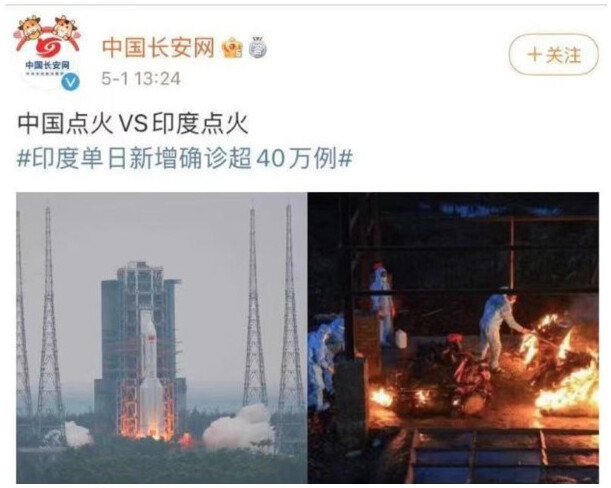 The post depicted the mass cremation of the deceased in India beside the Long March 5B rocket with the caption “Lighting a fire in China Vs. Lighting a fire in India.” While the post had been reshared multiple times across China government accounts, it has since been deleted.

Amateur astronomers in Japan say that they have spotted the remains of the rocket in orbit and believe that it is entering the atmosphere in an uncontrolled manner given the number of visible atmospheric flashes.

In an interview with Inverse, Jonathan McDowell, an astrophysicist with the Harvard-Smithsonian Center for Astrophysics, said this is “negligence”.

“It's just left in orbit the old-fashioned way to reenter uncontrolled and that is very unusual nowadays,” McDowell told Inverse. “When they did that design, they should have stopped and thought, ‘you know, that's going to leave a big chunk of debris in orbit, we should change the design of the engine’.”

“But they didn't. This is real negligence,” he said. “They’re deliberately just not caring and leaving it to reenter.”

The 1972 Convention on International Liability for Damage Caused by Space Objects regulates damage caused by objects re-entering the Earth’s atmosphere. In January 1978, a Soviet satellite accidentally re-entered Earth’s atmosphere in an uncontrolled manner and spread radioactive debris in northern Alberta, Canada. The Soviets paid the Canadian government $3 million in compensation for the cleanup.

“There'll be some increase in these accidents disproportionately and they will happen now and again but it shouldn't be a high rate,” McDowell said to Inverse. “But if they keep launching these Long March 5Bs without changing the design, then that's a different story.”