Stepping into the home of designer Morag Mysercough is akin to jumping into a colour wheel, drenched in primary colours, bold stripes, geometric shapes and razzle-dazzle hues.

The New London Fabulous designer has lived in a converted three-storey pub, formerly known as The Weavers Arms, in East London’s Hoxton since 2005 with her partner, artist Luke Morgan. They’ve transformed its rooms into cheerful, soul-raising spaces that passionately champion colour – the hallmark of her career. 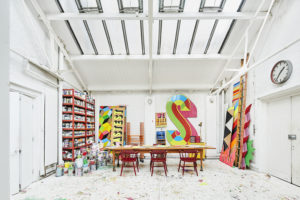 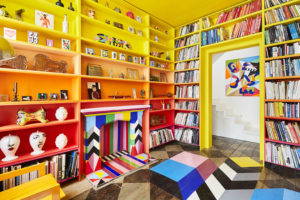 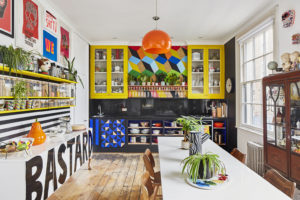 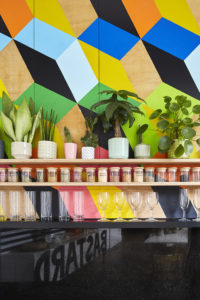 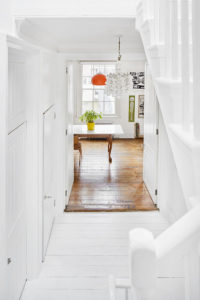 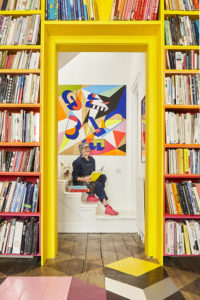 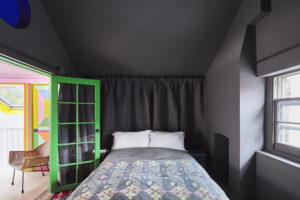 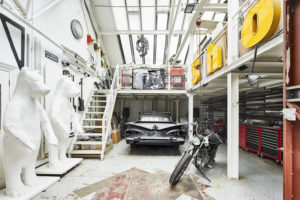 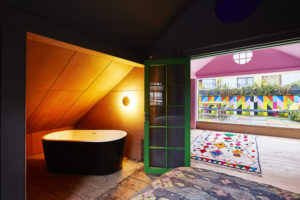 Signs of its past can be read on the handsome yellow-brick facade, echoed in its painted woodwork and first-floor sash windows, which are framed by blind arches. The wooden shopfront leads into a series of three brightly lit workspaces, including a large art studio illuminated by a roof-lit cathedral ceiling crossed by steel trusses.

A colourful library – created during lockdown – is behind the residential entrance to the London property, with a fireplace. The second, brightly coloured and highly textured floor is arranged ‘like a permanent Bedouin tent’, culminating with the principal bedroom, which opens to the south-facing terrace through bi-folding doors.

After 15 years in the historic building, Mysercough and Morgan have listed the two-bedroom, three-studio property for sale via The Modern House for £2.85m. They’ll entrust it to new custodians who’ll have the opportunity to inhabit the immersive world of pattern.