Design is such a unique discipline, with creatives flocking to it from so many different concentration areas. They might be experts in product, graphic design, or mobile interaction. But what all these designers have in common is that they all have a unique story. There was something that piqued their interest, and in many cases, it was an unavoidable path the designer felt like they had to go down based on life experiences and what they couldn’t stop thinking about.

To explore this topic further, we connected with numerous designers to understand what drew them in. We asked them:

No matter what stage you find yourself in in your design career, hearing designer confessions can help inspire your approach to your craft with a window into someone else’s thought process.

What Makes a Designer?

While reading through survey responses, a common thread started to emerge that we had not previously considered. It required taking a step back and considering what is a designer? It is a complex question that deserves some unpacking.

Two respondents brought this to our attention without even trying to. Lisa Spinks, Design and Construction at Chipotle Mexican Grill, found that she officially became a college designer. She explains, “When I went to architecture school at the renowned design school Rhode Island School of Design (RISD), that was my version of becoming a designer. The degree let me ‘become a designer,’ but the passion was a vision always happening in my head. Everything that drove me to become a designer was the inner vision that had to come out.”

This drive to create is essential, whether or not a designer has formal training. In fact, Jonathan Farley, Owner of Smaht! Ideas takes a different approach. He got started in design when Mac SE was released in 1987. This digital tool was just the beginning of his design journey, as it enabled him to present his ideas in a much more effective way visually. But he cautions, “You see a lot of people now with a computer who, like I originally did, would think that the tool made them a designer. Just as I know a pencil won’t make me an artist, it’s the training and the dedication to understanding good design and marketing principles that will make you a designer.”

We see both perspectives and are on board with unconventional paths to becoming a designer. No matter your formal training, if you have access to the right tools and have mentors to show you the ropes, you can undoubtedly become a designer with plenty of practice. But what leads someone to become a designer in the first place? Below we dive into our original designer confessions.

We received so many different answers to this question, and it was so fascinating to hear the widespread reasons respondents chose the field. From health concerns to Design being ingrained in their family background, it really ran the gamut. At its core, what we found was that designing was literally and metaphorically in their DNA.

Starting with childhood projects, Design was always part of Lisa’s life. She tells us, “Design has always been something that made my heartbeat. It’s something I simply did from birth, not knowing I was ‘designing.’ Anything I could get my hands on got re-designed or designed for the first time… Design is something you just feel in your heart and see in your mind long before it comes to fruition.”

Liam Anderson of Liam Anderson Interiors, however, was drawn to design as a refuge of sorts. He tells us, “I have a generalized anxiety disorder. From a young age, I was told I needed to find a field where worrying about every detail would be rewarded, instead of it being a hindrance.”

This brings up an interesting point: attention to detail is beyond important in Design. It is simply a superpower and should be celebrated as such. And this attention to detail can be a great source of inspiration, as it came up in several designer confessions.

What Inspires You to Create?

Design inspiration has always been something we look out for. We want to know what excites designers and what gets them into a creative flow.

Liam studied architecture and interior Design in Egypt. He comments that this experience “helped shape my aesthetic and my reasoning style. What I believe to be the most important aspect of my work is attention to detail. While one might not notice every tiny detail when they walk into space, the orchestrated symphony that all those details play in tandem has a significant impact on how you feel at that moment. That feeling is what inspires me to create, whenever a decision needs to be made.”

Sabina Motasem, a bridal designer, examines certain design styles to inspire her creations. She illustrates some styles that pique her interest, “I love looking at the art nouveau and art deco eras and putting ideas into a melting pot with shapes from post-modernist and futuristic architecture. I’ve always loved simple, clean lines, which is often the most challenging thing to get right. The feeling you get when it’s all balanced perfectly…This is my inspiration.”

While an app designer might have a slightly different approach from someone who designs dresses, there are still commonalities worth pointing out. For example, simplicity is difficult but very much worth the pursuit. And secondly, seeing your user or customer fully enjoying your creation is such an enjoyable experience, just as much as it is fuel to keep going and creating more.

Why Should Others Become Designers?

So we’ve learned about why our respondents became designers and what inspires them, but what advice do they have for others?

Liam gives his two cents: “If you are looking for a high-stake field, where every decision you make has the potential of becoming something amazing or possibly being a very costly mistake, then the design field is for you. It is gratifying to be able to present a vision someone had as a finished product. The plethora of positive emotions present on a reveal day justifies all that has to be endured during the process to get to that moment.”

For anyone curious about a career in design, Sabina offers up the ever-lasting need for designers. “Everything around us is designed. We need talented architects to design the houses we live in. Graphic designers to help create the brands that communicate their brand values to us and design the art we put on our walls or pages of an illustrated book and magazines we read… We will always need designers. They make our lives more colorful, and we need them more than ever before, to help make us feel good.”

Well, if that isn’t a feel-good message for designers, we don’t know what is. But in all seriousness, the drive to design is deep within so many of us. Those who simply can’t ignore it are the best (and often most intuitive) designers.

Underscoring that point, Lisa suggests budding designers follow their creative instincts. She expresses, “If you ever wake up in the middle of the night with a vision of something even as simple as changing the arrangement of the fruit in your fruit bowl…follow that driving force. That’s your design soul trying to come out and express itself! From a career perspective, there is so much you can do as a designer, and it never gets boring…anyone with that creative drive should go into design. The possibilities are endless and ever-changing!” 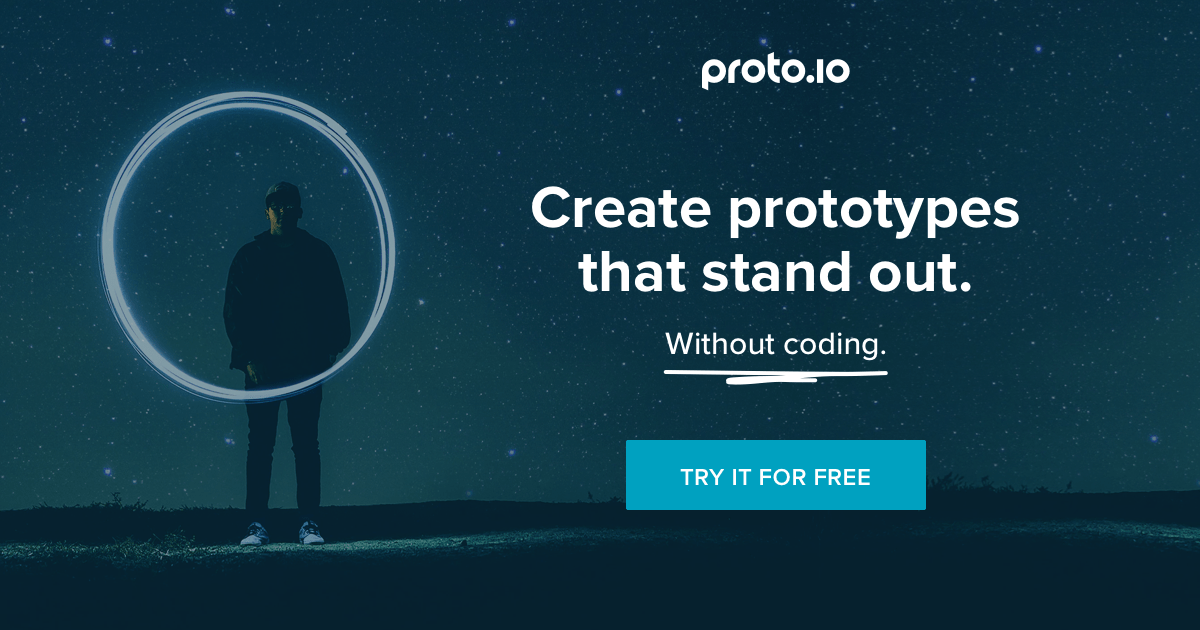 To say the least, the design is a discipline that isn’t going anywhere. We will always need effectively-designed products and experiences. The designer confessions above show us the diversity in experiences and several things designers can agree on, no matter their tenure in the field.

Through these designer confessions, we got the opportunity to understand these designers’ motivations better and extrapolate out to the greater design population. Their inspiring words for new designers can help illuminate where they might fit in the broader design landscape.

What designer confessions would you share with aspiring (or experienced) designers? Let us know by tweeting us @Protoio.

Proto.io lets anyone build mobile app prototypes that feel real. No coding or design skills required. Bring your ideas to life quickly! Sign up for a free 15-day trial of Proto.io today and get started on your next mobile app design.

LaptrinhX
—
Designer Confessions: Why 4 Designers Chose the Discipline
Share this