A Voltmeter or a Voltage Meter is a measuring instrument that is used for measuring voltage or potential difference between two points in a circuit. Voltmeters are an important piece of equipment which are associated with any kind of electronics project. They are used in measurement of both AC and DC voltages.

Voltmeters are again classified in to two types namely Analog Voltmeter and Digital Voltmeter. Analog Voltmeter consists of pointer that moves across a scale and the movement is proportional to the voltage measured. 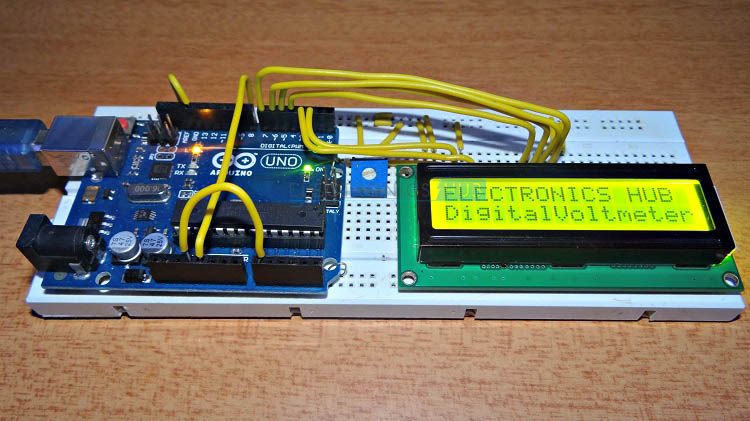 Analog Voltmeters generally have an error percentage of 5% and the parallax error is often an issue. But analog voltmeters can be used to measure ranging from few volts to several thousand volts.

In this project, an Arduino based Digital Voltmeter which can measure voltages up to 50V is designed. 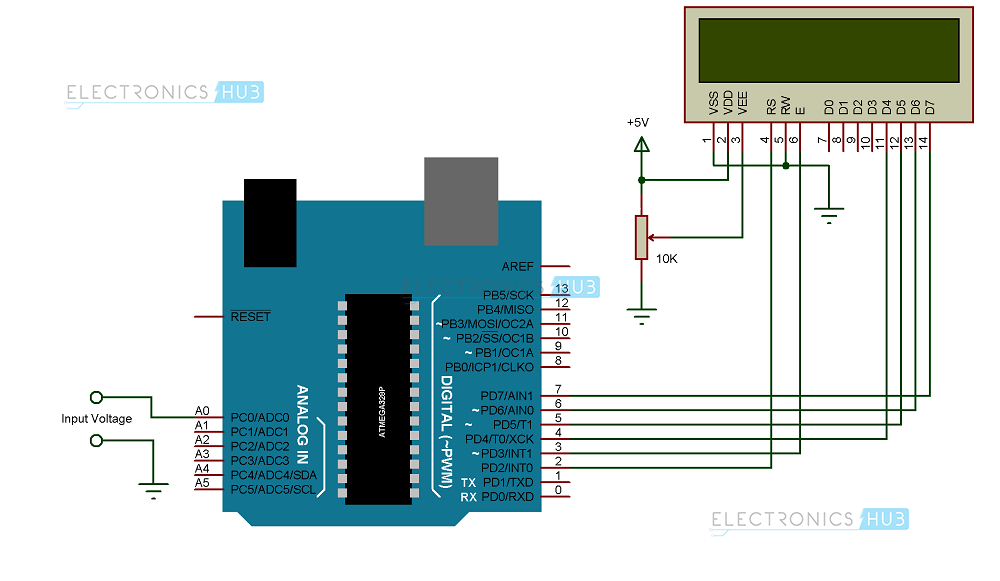 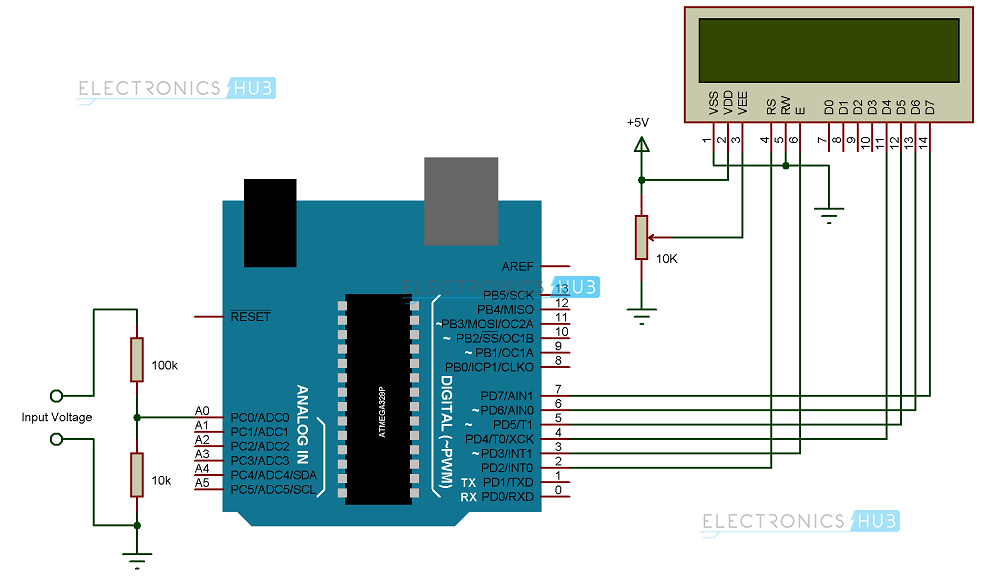 A 16 x 2 LCD display is the most commonly used display unit for microcontroller based applications.

It supports 16 characters in a row with two such rows. It also supports special characters and even custom characters. 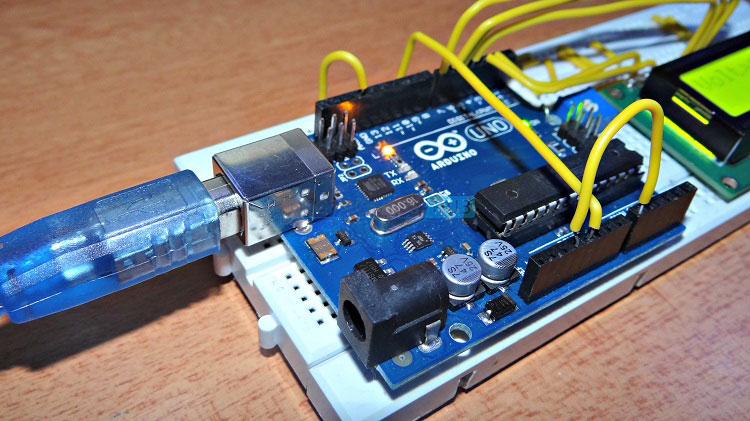 In the first circuit, which is used to measure voltages up to 5V, there are no additional connections and the voltage to be measured is connected directly to the analog input A0 of the Arduino UNO.

The ground terminal of the input voltage to be measured and Arduino UNO must be common. 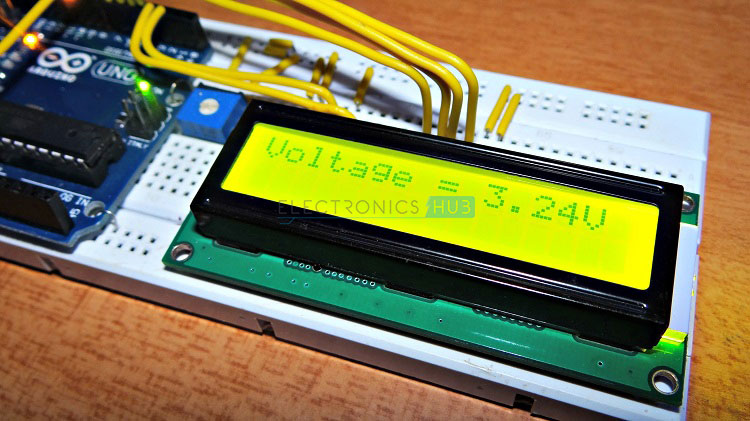 In a digital voltmeter, the voltages to be measured, which are in analog form, are converted to digital form with the help of Analog to Digital Converters (ADC). Hence, the ADC feature of the Arduino UNO is utilized in this project.

The range of voltages for Arduino UNOs analog input is 0V to 5V. Hence, in order to increase this range, a voltage divider circuit must be used.

The rest of the calculations are made in the programming part of the Arduino UNO.