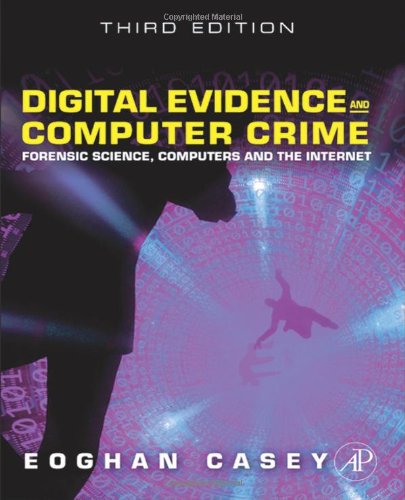 Digital Evidence and Computer Crime, Third Editionprovides the knowledge necessary to uncover and use digital evidence effectively in any kind of investigation. The widely-adopted first and second editions introduced thousands of students to this field and helped them deal with digital evidence. This completely updated edition provides the introductory materials that new students require, and also expands on the material presented in previous editions to help students develop these skills. The textbook teaches how computer networks function, how they can be involved in crimes, and how they can be used as a source of evidence. Additionally, this third edition includes updated chapters dedicated to networked Windows, Unix, and Macintosh computers, and Personal Digital Assistants. Ancillary materials include an Instructor's Manual and PowerPoint slides.