Last week at ConDatos in Mexico City we joined forces with Laboratorio para la Ciudad and the Mexican Presidency to fly drone mapping missions over the city. Both groups are working to bring innovation to government at an urban and national level, respectively.

The Laboratorio para la Ciudad uses media and technology to revitalize neighborhoods and strengthen communities within the city. On Thursday we flew a light fixed-wing mapping drone near Mexico City’s Monumento de la Revolución as a demonstration of how UAVs can support urban planning and development. In eight minutes we captured an area of 0.2 square kilometers at a resolution of 4.5 cm. 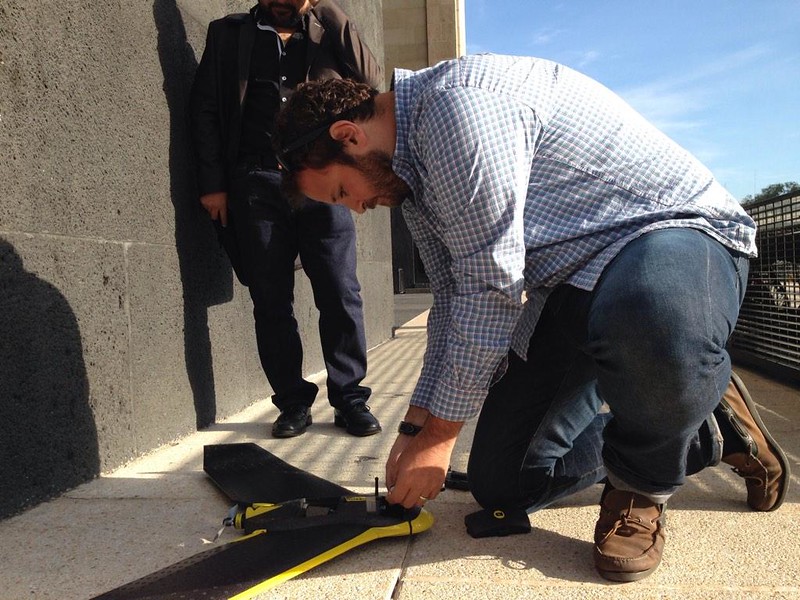 Preparing the UAV for launch. Photo courtesy of @labplc.

After flying we processed the imagery in Pix4D and uploaded it to Mapbox.com, where it is now available for the Laboratorio’s use.

Imagery we captured with a Sensefly eBee at Monumento de la Revolución in Mexico City. All imagery hosted on Mapbox.com. This imagery is available for any use. Street data: OpenStreetMap.

Ping me on Twitter if you want to talk about making maps with drones.