Britney Spears says she "cried for two weeks" over documentary

LONDON (Reuters) - Singer Britney Spears said she cried for weeks over a television documentary that examined her meteoric rise to fame as a teenager, the ensuing media scrutiny and her widely publicised breakdown.

In an Instagram post, the 39-year-old singer said she didn't watch the whole of "Framing Britney Spears".

"But from what I did see of it I was embarrassed by the light they put me in ... I cried for two weeks and well .... I still cry sometimes," she wrote late on Monday in the post, accompanied by a video of her dancing to "Crazy" by Aerosmith.

The documentary, which also brought renewed attention to a long-running battle with her father over control of her financial affairs, was released last month.

Gallery: Demi Lovato and her most dynamic career moments (StarsInsider) 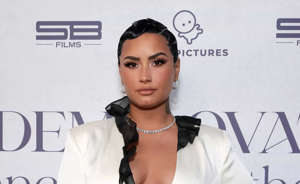 Britney Spears says she "cried for two weeks" over documentary