If you’re one of the thousands of hobbyists who flies drones*, develops drones, or uses them (or wants to use them) to solve difficult problems in new and innovative ways, things are about to get much more complicated. The US government is about to enact a legal definition that will eliminate much of the potential of these small, intelligent machines; that is unless you are willing to certify, license, and operate them under many of the same regulations (possibly even more) that full-scale aircraft must follow.

Sound absurd? Read on. And be sure to see the end of the article; there’s still time to make your voice heard.

* Although it’s not entirely accurate, we’re going to follow the popular convention that “drone” describes any pilotless aerial vehicle, large or small, autonomous or remotely-piloted, fixed-wing or rotorcraft, etc. 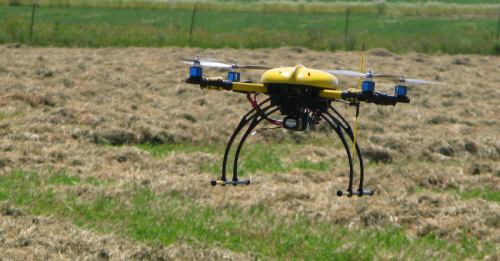 UAVs, Unmanned or Uncrewed Aerial Vehicles, have been around as long as there have been aircraft, even (by definition) before the Wright Brothers. They’ve performed various minor roles for decades, but as with robotics in general, recent advances in technology have made them an increasingly effective and economical solution for jobs that are “dirty, dull, or dangerous.” In addition to a successful military career, various civilian groups are actively working on UAV systems for all types of science, agriculture, surveying, broadcast, networking, search and rescue, disaster relief, national and private security, and many other roles. (Small consumer drones have also brought unprecedented new capabilities to hobbyists, but we’ll get to that in a bit.)

The US government has long predicted that UAVs would have an increasing presence in our skies, and in 2012 Congress passed the FAA Modernization and Reform Act, which among other things, tasked the FAA with integrating UAVs into the National Airspace System (NAS); the complex network of bureaucracy and technology that allows thousands of aircraft to safely traverse the US on a daily basis. This task involves coming up with brand-new licensing, certification, and operating procedures that will allow UAVs to safely fly alongside crewed aircraft. (Yes, this is a difficult problem.) Even though the Act was made law in 2012, the FAA had been working on this exact problem for years, with input from NASA, the Pentagon, industry groups, and research labs throughout the US. The Act specifies that the FAA must have their rules and procedures in place by September of 2015.

Until then, and for years now, civilian UAVs have existed in a kind of limbo. They were (and are) technically illegal to fly, but due to great interest from the above groups, the FAA put scaffolding in place for a special exception process. Applications were handled on a case-by-case basis, with long waits and uncertain outcomes. The FAA didn’t grant many permits (commercial applicants were flat-out denied unless associated with a government sponsor such as a university), and those that were approved often included expensive stipulations such as chase planes. (I personally worked on a UAV project that ended up leasing a military base just to use the controlled airspace.) But despite the problems, these groups have been waiting a long time for the government to get its act together, and will be happy to finally have official hoops to jump through. 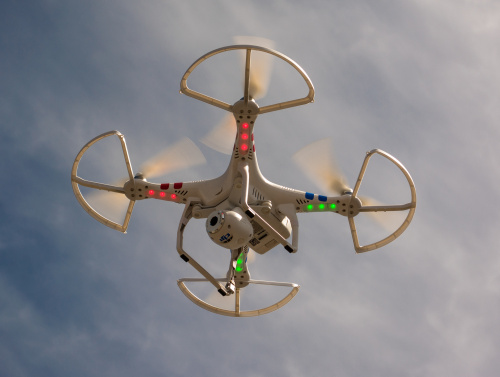 But a wild card that nobody saw coming was the recent explosion of consumer and prosumer “smart” model aircraft, or more popularly, “drones”. These started in the open source world, largely through the efforts of Chris Anderson and his DIY Drones community, and have now found their way (like all good things) to overseas mass production. One can readily find hardware ranging from $50 toys, to $500 platforms capable of lifting (and gyrostabilizing) GoPro cameras, to $1000 systems equipped with First-Person Video (FPV) transmitters that, when paired with video goggles, literally put you in the driver’s seat. Inexpensive motion sensors and GPS straight out of the smartphone market give these aircraft astonishing “autopilot” capabilities. Gone are the days when flying a radio-controlled helicopter required hours of careful training, even after which you’d still have a good chance of augering in. Anyone can fly one of these aircraft (which is both a blessing and a curse). The new platforms can maintain a rock-solid hover, follow a preprogrammed path beyond the line of sight and back, and automatically return to the operator if there’s a problem. Think about it: here is something that has never before existed, possible only with the latest technology, giving us astonishing capabilities to extend our reach, operable by anyone, and almost unbelievably, affordable. This is the stuff of which revolutions are made. 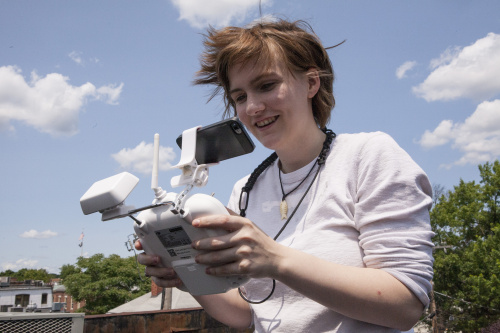 And people love them. Martha Stewart wrote a charming essay about her drone. Skilled hobbyists have made more spectacular videos than you can count. And it’s not just fun and games, people are making practical use of these inexpensive remote-sensing platforms. Marine biologists have flown through and sampled whale spouts. A volunteered drone found a lost elderly hiker. Hobbyist drones have documented government protests in Thailand, a sinkhole that swallowed classic cars, and environmental abuses. And commercial possibilities abound: Realtors use drones to take inexpensive aerial pictures of properties. Drones were used to film skiers in the 2014 Winter Olympics. Disney is considering using drones to create floating outdoor puppets. And a Minnesota brewery humorously used a drone to deliver cases of beer to ice fishers out on a frozen lake…

Which is where things started to break down.

The FAA had never forgotten their “no commercial use” mandate, and when stories like this hit CNN, they started sending cease and desist letters to anyone their research turned up. Most (like the above brewery) were let off with a warning. But the FAA did fine a filmmaker (who shot a promotional film for a university) $10,000 for “reckless endangerment”. A judge later overturned that decision, opening the question of whether the FAA ever had the authority to regulate commercial drones in the first place. The FAA has appealed that decision, and the question remains murky (although it will be permanently settled in September of 2015). 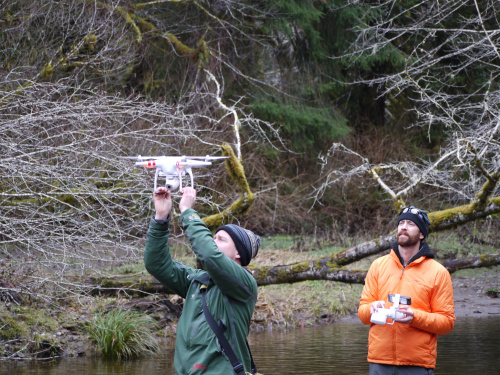 There are people besides the FAA who don’t like drones. Privacy advocates including Supreme Court Justices, have listed drones as a major privacy concern. Reports of quadcopters looking into second-story windows have made the news, and a Colorado town famously considered an ill-advised plan to shoot down any drones wandering into their airspace. (It’s actually a felony to shoot at any aircraft; model or not). Part of this backlash is likely due to police and government interest in UAVs. (Hobbyists and realtors aren’t the only ones taking advantage of this technology.) Several municipalities, such as the state of Hawaii, have been so worried about potential law enforcement abuses that they have effectively banned unmanned aircraft entirely. It’s a shame that in a climate where actual surveilance and privacy threats exist, hobbyist drones, one of the least stealthy platforms around, are being thrown out with the bathwater.

But by far the biggest concern is safety. While the vast majority of UAV hobbyists operate their machines safely, there have been a number of high-profile accidents and near-accidents that don’t help their cause. Because “drones” are so newsworthy, even minor incidents become local stories, and serious incidents become national news.

In Australia, an athlete was injured when a drone filming the event crashed into her. (Even if someone flies a drone over a crowd of people without incident, if complaints are filed, operators can be and often are charged with reckless endangerment.) It’s not only people that are being hurt: even after rampant use led them to be banned in National Parks (with jail sentences up to six months), a tourist in Yellowstone National Park recently crashed his quadcopter into a fragile thermal pool, where it remains while officials decide how and if to remove it. And most alarming (and of particular interest to the FAA), there have been multiple incidents where airliners have had close encounters with hobbyist drones while on final approach to airports. Luckily no drones have been ingested by jet engines, with potentially tragic results. But this is exactly the kind of accident that the government is (to its credit) working to avoid at all costs.

Which brings us back to integrating UAVs into the national airspace.

As part of the larger process, the FAA is currently deciding what constitutes a “model aircraft”, which will not be regulated. Among their recently-released criteria is that a model aircraft is always flown (A) within line-of-sight of the operator, and (B) not for business purposes. (The FAA is so serious about B that it amended the original “solely for the enjoyment of the operator” language to include “specifically not for business purposes.”)

While this definition is perfectly reasonable for a RC hobbyist several decades ago, it precludes much of the new technology and fascinating possibilities that personal drones have opened up. For example: 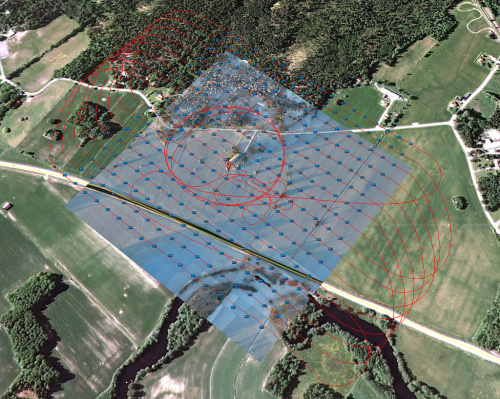 It’s important to note that anything which doesn’t fall into the FAA’s unregulated “model aircraft” definition would be regulated. This includes all commercial use, even the most trivial. We will have to wait until 9/2015 to know exactly what this entails, but chances are the requirements will be similar to full-size aircraft, with additional performance certification of command-and-control (C2) and detect-and-avoid (DAA) systems. If that sounds expensive, or inappropriate for a Parrot AR, you’re right. Hopefully they will have provisions for small drones, but will the process be worth it for such simple tasks as taking pictures of real estate?

So what’s the answer?

As you’ve read above, there are a few idiots flying these things around. We can’t have that. But we don’t want to throw out the baby with the bathwater either.

Even though “model aircraft” would be unregulated by the FAA, the FAA still has the authority to press charges in cases of negligence or endangerment. An educational program on responsible piloting, in addition to consequences for violations, could go a long way. This would be similar to the FAA’s past efforts to educate the public that shining laser pointers towards aircraft is (A) dangerous to the aircraft, and (B) will land you in jail if they catch you.

It’s also clear that the FAA’s current definition of “model aircraft” is too restrictive. In particular, the “no commercial use” clause is misguided. A realtor flying a foam-bodied drone 50' in the air to take a picture of a house is not a threat to the NAS, and the benefit to the larger economy from freely allowing people to do so will likely be far higher than the fees collected from those who choose to follow the commercial regulation path.

Most importantly, the FAA’s proposal cuts a brand-new economy off at the knees before it even had a chance to get started. There are thousands of small jobs that small drones can do extremely well, and extremely safely, without having to fly in a risky manner or endanger the NAS. Let’s do them!

WHAT CAN YOU DO?

By law, the FAA must accept comments on pending rulings. The comment period on the FAA’s definition of “model aircraft” ends on September 23rd. Until then, you can enter your comments at the FAA’s website. The national Academy of Model Aeronautics is another good resource with interpretations of and responses to the above ruling. The AMA has also been instrumental in standing up to the FAA and leading the call for others to do so.

You can also help by being a responsible drone operator. Learn and follow community RC flying guidelines. Keep your aircraft in good working condition. Don’t fly your aircraft in a risky or alarming manner. Encourage others to do the same. 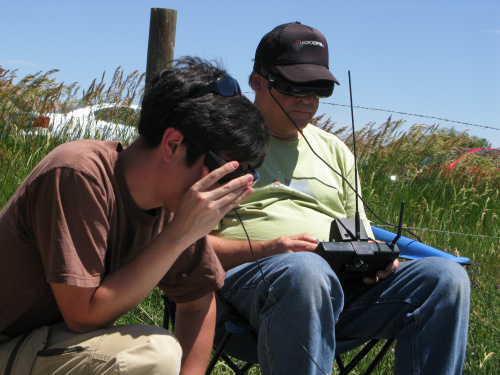 Finally, always act as an ambassador for your hobby to the public. A friendly explanation of what you’re doing (maybe with a peek through the FPV system) goes a long way towards dispelling the “big bad drone” myth too often shown on TV.

Thanks for being involved. See you up there!

LaptrinhX
—
Enginursday: These Are Not the Drones You're Looking For
Share this