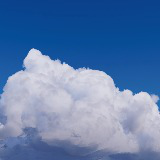 Create dynamic, emotive skies in minutes with intuitive procedural modeling tools and state of the art volumetric rendering techniques. Currently in beta, so the price is discounted.

Expanse is a state of the art volumetrics tool for HDRP that gives you the power to author beautiful skies, clouds, and fog banks. In as little as 15 minutes, you can create a beautiful, dynamic backdrop for your digital experience.

The rendering and authoring strategies that Expanse uses are based on the most recent production-focused papers coming out of conferences like SIGGRAPH and EGSR. Every component of Expanse is physically-based, allowing for unprecendented realism and consistency across different lighting conditions.

Expanse is a fully dynamic system that can be adjusted in realtime, with no precomputed lookups that slow down the authoring process. Things like cloud coverage and fog density can easily be animated with keyframes or scripted to create different weather scenarios. All the changes you make are visible in the editor, so you can tweak your sky without ever having to enter play mode.

Expanse is also performance-optimized for realtime applications. You can pick and choose between a number of quality/performance tradeoffs to optimize your sky to hit your frame time requirements. For reference, on a last-gen 2080 Ti, Expanse can render an entire sky at high quality, with volumetric atmosphere, clouds, and fog, illuminated by both the sun and moon in under 1ms.

If you need to make modifications to Expanse, no problem---you'll receive all C# scripts and shaders uncompiled when you purchase Expanse. If you create a cool feature or fix a bug, let me know at three.ms.creative@gmail.com and maybe I'll work it into the next release!

I've decided to release Expanse in beta, so that we can work out the bugs together as a community (and also because I'm an independent developer with no QA team!). Because of this, I'm temporarily listing it at half price.

Discord (easiest way to get support and have discussions): https://discord.gg/F3VQ2vJy9p