Facebook today announced the launch of a new 3D photos feature that uses the Portrait Mode feature of the iPhone and other smartphones with dual lens cameras.

Facebook manipulates the Portrait Mode photo to display the scene in 3D, using the depth information between the subject in the foreground and the background. 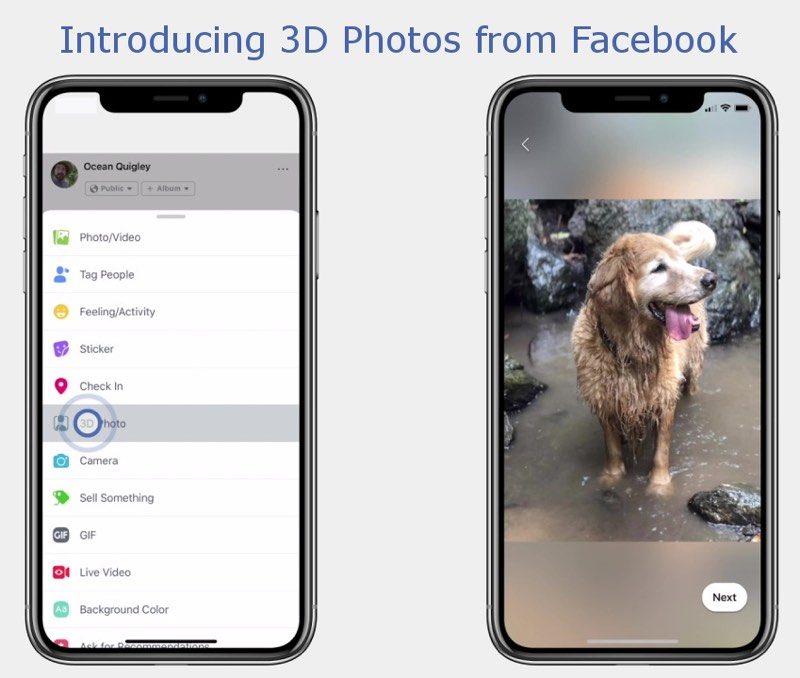 Whether it's a shot of your pet, your friends, or a beautiful spot from your latest vacation, you just take a photo in Portrait mode using your compatible dual-lens smartphone, then share as a 3D photo on Facebook where you can scroll, pan and tilt to see the photo in realistic 3D--like you're looking through a window.

According to Facebook, 3D photos can be uploaded by starting a new post, tapping on the three dots for more options, and choosing the 3D photo option.

Facebook has several tips for creating ideal 3D photos using Portrait Mode, including choosing scenes with a clear difference in depth between the subject and the background, taking advantage of high contrast, and capturing images with some texture.

All Facebook users can view 3D photos in the News Feed and via VR starting today, with the ability to create and share 3D photos rolling out to all users over the coming weeks.