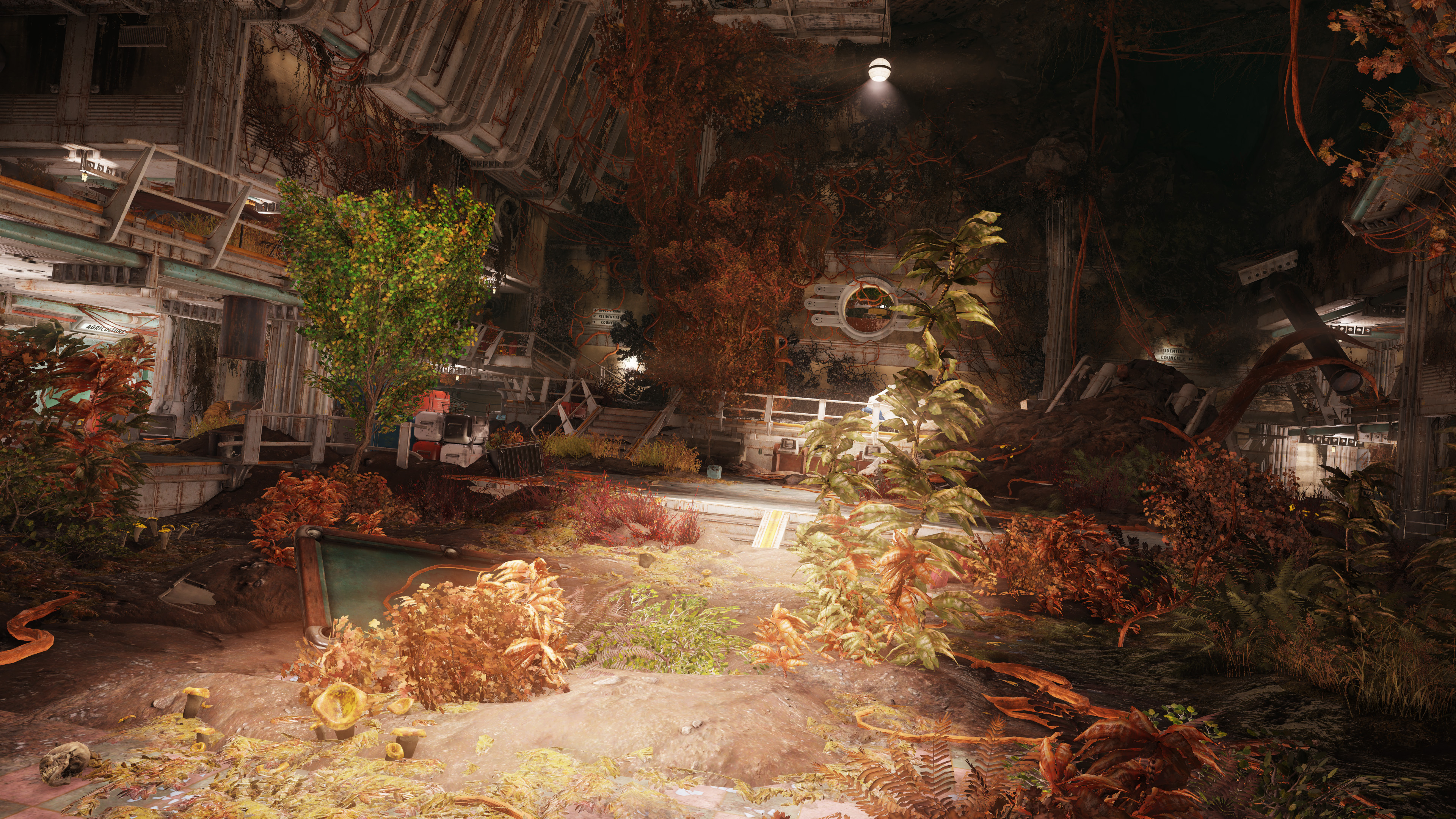 Fallout 76's first multiplayer raid opens this week, welcoming players to Vault 94 - or at least, what's left of it. Bethesda has provided some new details on how the raid will work and what you stand to gain from venturing into the dungeon, which will be the first instanced area in Fallout 76.

The backstory for Vault 94 is that it was filled with peaceful gardening types, who had a rude awakening when the doors opened one year after the bombs fell. Everything we've seen about Vault 94 so far suggests that it's now full of mutated plants, including the shot of the atrium above.

"Vault 94 remains, although its inhabitants are long gone, and it has been completely overrun by nature," Bethesda's blog post explains. "Yet, something within now threatens its destruction."