Since launching in 2015, wefox Group has grown its sales to over USD$100 million and with nearly 400 employees serving more than 500,000 customers in six countries, wefox Group is Europe’s leading insurtech.

In March of this year, wefox Group closed USD$125 million series B funding making it the largest for a European insurtech. The company’s solid performance from its two business units – ONE and wefox – has also made wefox Group an attractive investment target.

ONE Insurance is the fastest growing insurance company in Germany having increased its annual recurring revenue (ARR) by more than fifteen times (15X) this year to $30 million while delivering a loss ratio below 40%. The distribution platform, wefox, recently completed the merger of one of Austria’s major insurance brokers, which consolidates its leading position in Europe. 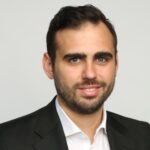 “We’re delighted to have OMERS Ventures as the lead investor for this financing round, and with the addition of Merian Chrysalis and Samsung Catalyst Fund on board, we have reinforced wefox Group’s investor base substantially.

“This year we quadrupled our growth and now we have a great opportunity to strengthen our business in partnership with our new investors, which is part of our strategic plan for further global expansion in 2020,” 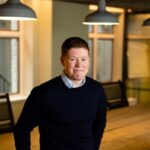 “We are thrilled to continue our support of Julian and the incredibly ambitious wefox Group team as they continue to disrupt and re-invent the insurance industry.”