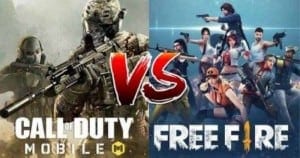 All the gamers are looking for the best game as PUBG Mobile is banned in India. We all know how popular PUBG was. There was hope for the game coming back, but recently, the servers of the game were removed, so we can assume the game will not be coming back.

After the ban, the players are searching for the game, which can fulfill their needs. Apart from PUBG, there are so many games available like Call of Duty Mobile (COD), Free Fire, Fortnite, and more. Most of the players are now playing COD Mobile or Free Fire. After the PUBG Ban, these games have come in the top list.

Now, the question arises, which game is better from Call of Duty Mobile and Free Fire? Are you confused, which game to play? Do not worry, here we are to solve your problem. Check out this article and see the differences of the game and then select any game as per your satisfaction. 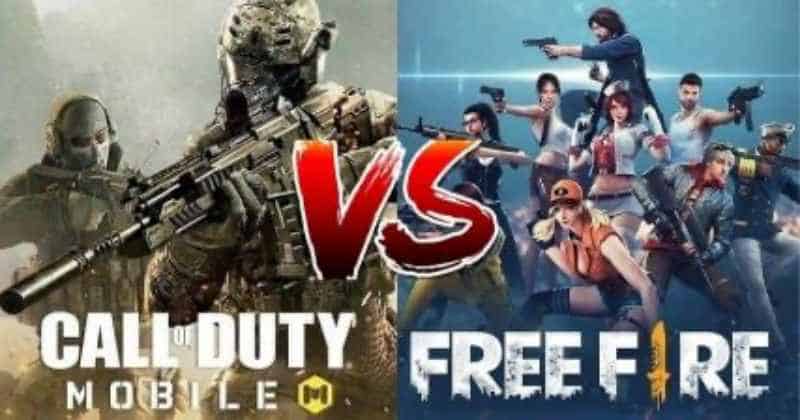 Here are some of the points which we have compared between the two games.

In this position, both the game have a major difference. In COD Mobile BR mode is of 100 players whereas Free Fire has BR mode of 50 players.

Free Fire matches last for 10 to 15 minutes, where players need to get into the action straight away. And this game has three maps Bermuda, Purgatory, and Kalahari. While COD Mobile is a single battle royale map.

Both the games have a high frame rate option with the best HD graphic settings. It is said that COD mobile has better graphics as compared to Free Fire.

Free Fire has more cartoonish and arcade-style graphics. While COD Mobile has high contrast, sharpness, detailed map, and so much more.

COD Mobile needs a good quality phone if you want to play the game without any problem. While Free Fire can be played on low requirements phone also.

One of the most important things which every player looks at while playing any game. COD Mobile has an action play, and BR mode is the arcade-style. If you want faster gameplay, then the COD mobile is the best one. Free Fire has arcade-style gameplay with short time matches.

COD Mobile has different types of game modes like Front Line, Domination, Sniper Only, Search and Destroy. It also has a campaign mode that will be coming with a Zombie mode.

Free Fire has Battle Royale, Clash Squad, and Ranked Mode. But the game mainly focuses on Battle Royale only. So, if you don’t want to play battle royale mode for long, then you will not get any other option here.

In Free Fire, two characters are for free with which you can start your game. After that, you can play games and unlock other characters. And most of the characters can be bought by using the in-game currency.

Both the games are better at their preferences. Overall, we have given our opinion on this game, at last, it totally depends on your choice. We have provided you some of the main differences of the games from which you can decide which game is better.

LaptrinhX
—
Free Fire vs Call Of Duty Mobile: Which Game is Better?
Share this