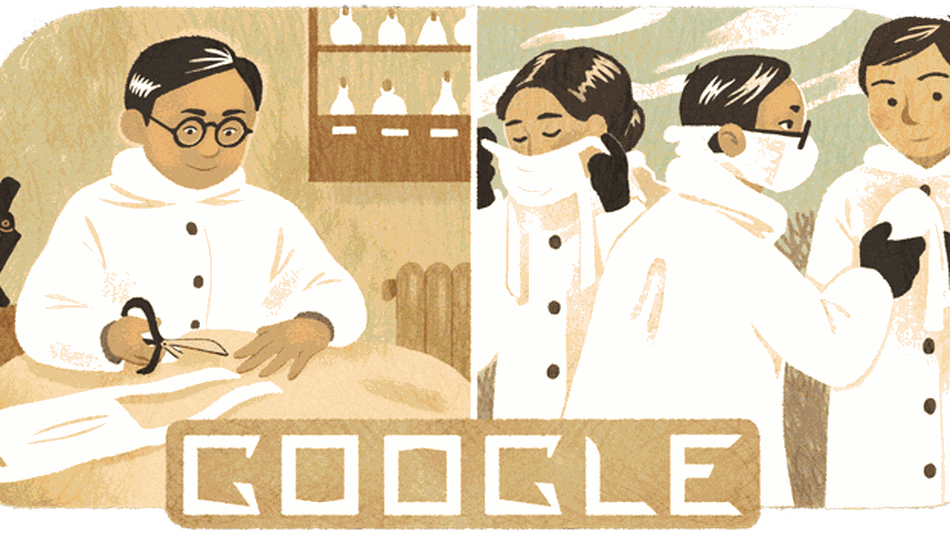 In its latest homepage Doodle, Google celebrates what would be the 142nd birthday of Dr. Wu Lien-teh, inventor of an early version of the multi-layered surgical mask we have all come to rely on.

Born on March 10, 1879 to a Chinese-Malaysian family in Penang, Malaya, Wu was the first Chinese student to receive a medical degree from Cambridge University. In 1908, he was appointed vice director for China's Imperial Army Medical College, overseeing medical training for military personnel. Wu was also tasked with investigating the 1911 Manchurian plague, an epidemic that killed 60,000 people.

Wu discovered quickly that the disease was spread through respiratory transmission. He constructed an extra-protective surgical mask with layers of cotton and gauze, and advised members of the public as well as medical professionals to adopt the protective mask. According to a Google blog post about the Doodle launch, Wu also "worked with government officials to establish quarantine stations and hospitals, restrict travel, and apply progressive sterilization techniques." Read more...