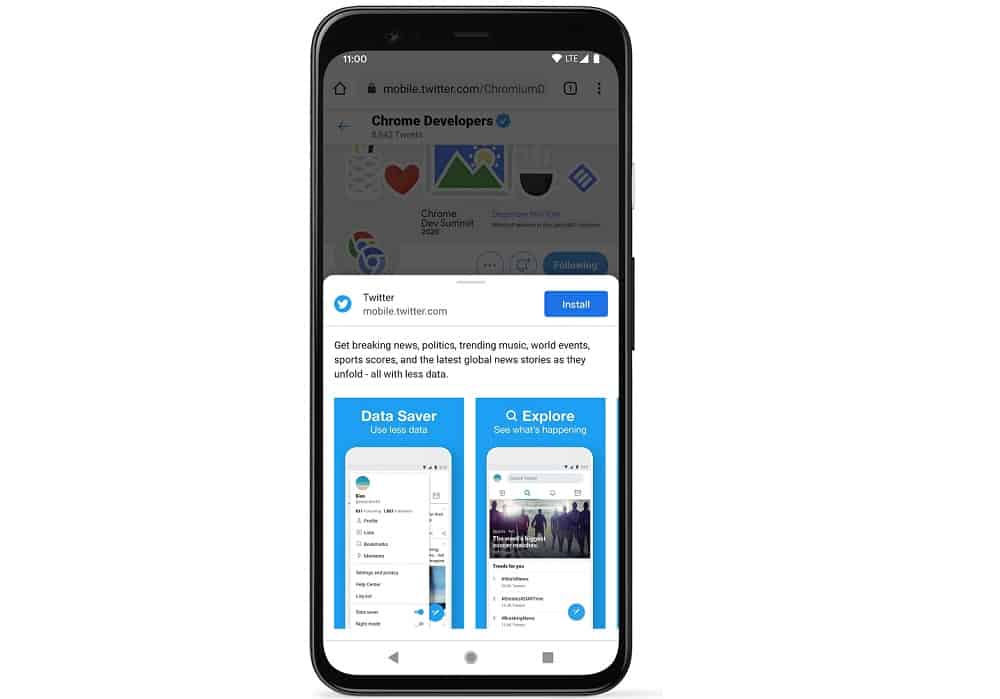 In a recent development, Google is making the installation of PWAs (Progressive Web Apps) feel more like an actual app installation. The installation prompt for the web app will be more or less similar to what you are familiar on the app store.

Web apps are slowly growing in popularity. Thanks to several advantages such as the ability to work like a native app without eating many resources, work offline in some cases, launch in its own app window, people are using web apps more.

Previously, the installation of web apps was different from a native app. It simply created a shortcut of the web page or non-progressive web app.

However, now, as per the announcement made by the Chromium team on Twitter, web developers can now add "description" and "screenshots" to the web app installation prompt.

Google will be making progress in this web app installation prompt department rapidly for more apps. Though the feature does not change the behavior of the PWAs, it provides a much richer experience to users.

There are certain criteria that developers need to adhere to. Notably, the images, weight, and height must be at least 320 pixels and at most 3840 pixels.

Moreover, the screenshots should also be of the same size, aspect ratio. Further developers can only use JPG or PNG image formats for screenshots.

The description and screenshots prompts are currently only supported on Chrome for Android. And if you wish to experience this much richer PWA installation prompt, then you need to enable an experimental flag in Chrome 90.

Web apps for services like Twitter make more sense as the differences between a native app and a PWA are minimal. On the other hand, a PWA is less resource-hogging than a standalone app.

PWAs are a huge part of Google going forward. In Chromebook, Google allows users to install web apps even from the Play Store for apps like YouTube Music, Google News, and Twitter.

In the future, Google is planning to get rid of the URL that still displays on some web apps to give them a much cleaner look.

The only issue the user is going to come across is if they decide against installing the PWA for a site, they will be botched with the installation prompt every time they visit that website.

Starting today on Android, some users will get a richer PWA installation dialog on Twitter.

– Want the same for your PWA?
– Easy. Add the `description` and `screenshots` member to your manifest and you're done.