I typical don’t remember video game release dates, but I remember Halo 2’s. November 9th, 2004. I came home from school, and played all night. Halo 2 was an event, a legitimate phenomenon that extended beyond gaming and captured the attention of the public at a large. It popularized online gaming for consoles and created much of the backend of what would become skill-based matchmaking as we know it. The systems Bungie built for Halo 2 would go on to become integral parts of Xbox Live, which would in turn influence other online services.

But Bungie wasn’t content to just slap some online play on an updated version of Halo: Combat Evolved and call it a day. Halo 2 reworks almost all of Combat Evolved’s weapons set. The absurdly overpowered M6D magnum and the assault rifle, which are essentially the default weapons in the original game, are gone, replaced by the SMG and Battle Rifle. The game also dramatically expands the original arsenal, adding the fuel rod gun, Covenant carbine, brute shot, particle beam rifle, sentinel beam, and fan favorite energy sword. Halo 2 also introduces dual-wielding, so you can pick up two smaller weapons – say, two SMGs, or a plasma rife and an SMG, a plasma pistol and a pistol, and so on – allowing you double the firepower, but at a cost.

You’ll have to drop the weapon you’re dual-wielding to use grenades or switch guns. It’s great mechanic that allows you to personalize your playstyle and create interesting combinations. Halo 2’s arsenal is one of the best in the series, and it manages to add a lot of weapons that change the way the game plays without bloating the arsenal, something neither Halo 3, Halo 4, or Halo 5 managed.

"This remaster hews much more closely to the original game, updating textures, but keeping much of the visual styling intact. Like in Combat Evolved, you can switch back to the classic graphics at the push of a button."

The ambition that marks Halo 2’s weapon set also extends to its campaign. Its apparent from the first cutscene, which alternates between an awards ceremony for the Master Chief and the trial of the Elite who will become the Arbiter. The campaign splits its focus between the two as the former tries to halt the Covenant invasion of Earth and the latter is sent to stop a group of heretics in open rebellion against the Covenant. Both stories evolve into much bigger things (namely the Covenant Civil War), and they do eventually converge. Halo 2’s plot is still interesting, and the snappy script and impressive voice acting make it easy to forget that this game was made in 2005.

The graphics overhaul doesn’t hurt, either. Saber Interactive did similar work with Halo: Combat Evolved Anniversary, but what 343’s done here is far more impressive. Combat Evolved Anniversary’s redone graphics took what were simple, elegant designs and made them far more complicated than they needed to be. While the game looked better because there was more detail, much of the art looked out of place or busy. Halo 2 doesn’t have that problem.

This remaster hews much more closely to the original game, updating textures, but keeping much of the visual styling intact. Like in Combat Evolved, you can switch back to the classic graphics at the push of a button. The remaster does have areas that look a little off, or where things are darker or harder to see, but these moments are rare, and more due to the game’s lighting than any issues with the new art design. I prefer to play Combat Evolved with the original graphics, but I spent most of my time in Halo 2 Anniversary with the remastered look, which is a testament the work 343 has done here.

Special mention has to go out to new cutscenes done by Blur, which still look incredible four years later. As incredible as all of this is, however, there are a few downsides. The first is that there’s currently no way to switch between the original or remastered soundtrack without changing to the appropriate visuals. The remastered soundtrack plays when you’re using the new graphics, and the original plays with the old, and there’s no way to change that. It’s disappointing, because Combat Evolved Anniversary gave you the option to choose the soundtrack you wanted, and there are some sections, like the Banshee section, where the music feels wildly out of place, to the extent that I had to switch to the old graphics to get music that felt right.

Secondly, the timing of the cutscenes don’t match. What I mean is that some of them are longer in one version than the other, so there’s a bit of a disconnect if you change in the middle of one. You might jump immediately to gameplay, or find yourself watching the same sequence again. Given the way the game works, this was something of an inevitability, but it’s still a little disappointing, especially since it often takes the audio a second to catch up once you switch. The PC version of the game doesn’t do much to spruce up the visuals; there are no sliders to play with beyond things like your field of view, but everything looks, sounds, and runs well. 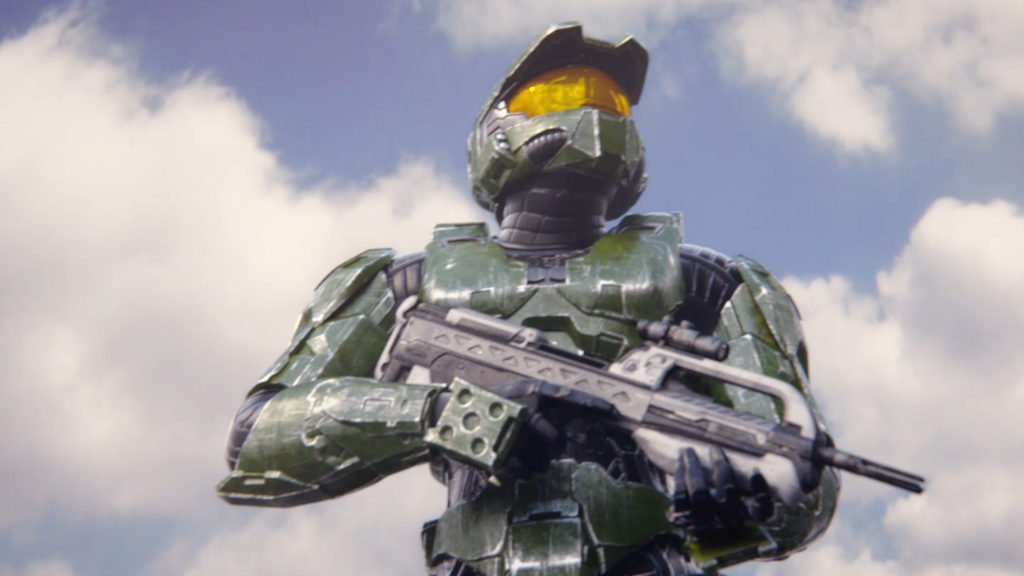 "Halo 2 wasn’t particularly polished, and the levels run the gamut from great to awful. It isn’t the worst Halo campaign, but Halo 2 features some absolute stinkers, many of which feature The Arbiter"

Halo 2 remains ambitious, and the visual and audio upgrades do a lot for it – as do the new terminals that 343 has added to the levels that fill in the series’ backstory –  but neither can hide the campaign’s blemishes. The development of Halo 2’s campaign was famously troubled. More than a third of the campaign was scrapped, and the end result was completed in about six months. As a result, Halo 2 wasn’t particularly polished, and the levels run the gamut from great (Delta Halo, Regret, The Great Journey) to awful (Gravemind, The Arbiter).

It isn’t the worst Halo campaign – that’s Halo 5 by a county mile – and it none of these are as bad as Halo 3’s Cortana, but Halo 2 features some absolute stinkers, many of which feature The Arbiter. Sorry, buddy. This is an incredibly uneven campaign and playing certain parts of it can be painful. I don’t think Halo 2’s campaign is bad, but it isn’t good, either. The remaster’s enhanced visuals and audio do a lot to mitigate this, as does Halo 2’s moment to moment gameplay, the generally strong enemy AI, and new enemies like Brutes and Drones, but this is still a flawed game.

The multiplayer, however, is almost perfect. There’s great debate about which Halo game has the best multiplayer, but for my money, Halo 2 is still the best. It’s fast-paced, has an enormous skill ceiling, and features several of the best maps to ever grace the series. Ascension, Tombstone, Coagulation, Beaver Creek, Midship, Blackout, Sanctuary, Zanzibar, Warlock… the list goes on, but you get the point. Each of them still plays wonderfully. Halo 2 was the last time Halo was pure: no equipment, no armor abilities, no sprint, no aim-down-sight, no BR spread or bloom, no bloated arsenal. Just map knowledge and skill.

This is in no way a shot at the other Halo games. There’s just something about Halo 2, and it’s been recreated here, complete with the button combos and tricks that separated those in the know from everybody else. Yes, that means BXR, BXB, Quad shotting, grenade reloading, all of it. It’s all here, just like you remember, and if you don’t, you’d best get to learning. I’ll be the first to admit that I was a bit out of practice, but it came back pretty quickly. A big part of Halo 2 is learning the maps and power weapons, communicating with your team if you have one, and learning when (and when not) to engage. It’s arena shooter gameplay at its best, and it holds up remarkably well.

If you’re looking for something a bit more modern, you can always check out the Anniversary maps, updated versions of some of the most popular Halo 2 maps. They include Bloodline (Coagulation), Lockdown (Lockout), Remnant (Relic), Shrine (Sanctuary), Stonetown (Zanzibar), Warlord (Warlock), and Zenith (Ascension). Anniversary is different, so button combos don’t work, but there are some neat bonuses.

Player speed is increased, the magnum is more powerful, and the assault rifle, silenced SMG, and Gungoose have been added. Some maps also have new dynamic elements, too. There’s a shield in Zenith that can be activated by pressing buttons scattered around the map, and Lockdown has stalactites that can be dropped on other players. These maps are Forge compatible, and these features can be disabled if you’re looking for something closer to the original, but they’re there for anyone looking for something a little different. 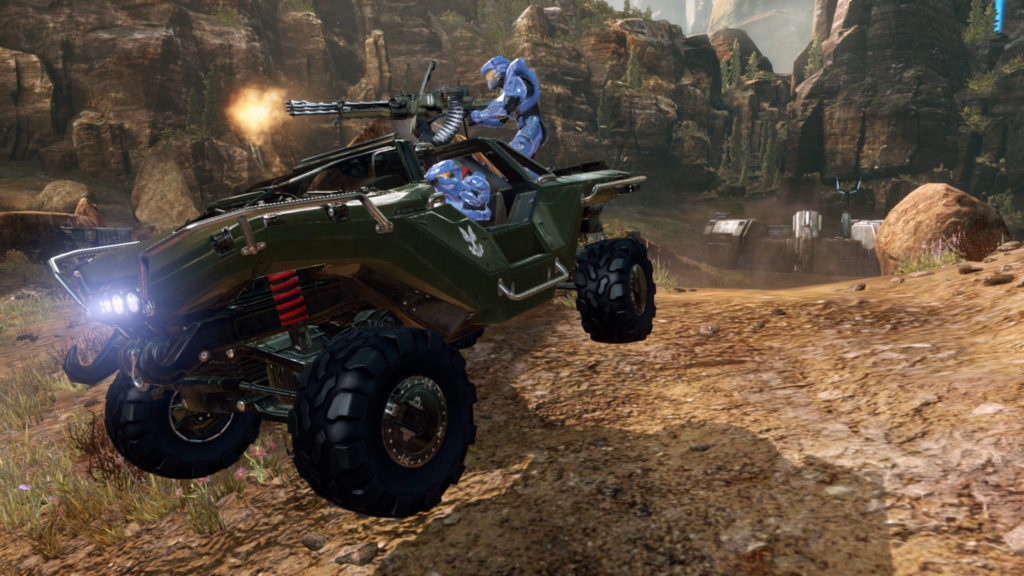 "The multiplayer, however, is almost perfect. It’s fast-paced, has an enormous skill ceiling, and features several of the best maps to ever grace the series."

Regardless of what you choose to do, Halo 2: Anniversary is a joy to play. The guns feel wonderful, the soundtrack and sound design, whether remastered or original, are fantastic, and the remastered visuals are still impressive four years after release, even if you can’t do much to modify them. The game plays well on a keyboard and mouse, and you can change the controls to your liking, though a controller is available if you want it.

I did encounter a few technical issues during my time with the game. The Master Chief Collection would occasionally freeze up if I alt tabbed out of it, something I solved by running the game in windowed mode instead of full-screen. More concerning was when the game crashed on me. This happened twice near the end of Sacred Icon, about halfway through the game. The game froze and the colors went wild, and the only way I could fix it was restarting my computer.

I’m not entirely sure what caused it. There is one more disappointing aspect, though it isn’t a technical issue. As of this writing, The Master Chief Collection does not support cross-platform play, so if you buy it hoping to play with your friends on Xbox One, you’re going to be out of luck. There is cross-compatibility between the Steam and Microsoft versions of the game, though, which is a good thing.

While I wish Halo 2’s campaign was more consistent, the game’s highs are still impressive, and the multiplayer is amazing. The remastered audio and visuals are much appreciated, even if you don’t have the control over them that I’d like, and the game largely runs very well on PC. Halo 2 will be sixteen years old this year, but it often doesn’t feel it.  Yeah, the visuals are a bit dated if you’re playing the multiplayer, but the gameplay holds up remarkably well.

Halo 2 is a flawed game, but it always has been. What’s great about it before is still great now. It’s more beautiful than it’s ever been, though, and the ability to play on a mouse and keyboard and adjust things like field of view are welcome. It still has the magic it did 15 years ago when I slipped that disc into my Xbox for the first time. And just like back then, I imagine I’ll be playing it until Halo 3 comes out. I can’t think of a higher endorsement than that.

This game was reviewed on PC.