“Honor 9X will launch in India on January 14th and will be available on Flipkart. Honor will likely announce the Honor Magic Watch 2 at the same launch event”

Honor 9X India launch is set for January 14th 2020. The company has confirmed the launch date via media invites. Honor had previously confirmed that it would be launching the Honor 9X in India in January, and the smartphone’s arrival has also been teased by Flipkart. Honor 9X will launch in India on January 14th alongside the Honor Magic Watch 2, and 91mobiles recently got a chance to go hands-on with both the smartphone and the smartwatch. To recall, Honor 9X was launched in China back in July touting a pop-up selfie camera and Kirin 710F SoC, while the Magic Watch 2 made its debut in November touting an AMOLED display, sleep tracking and two-week battery life. 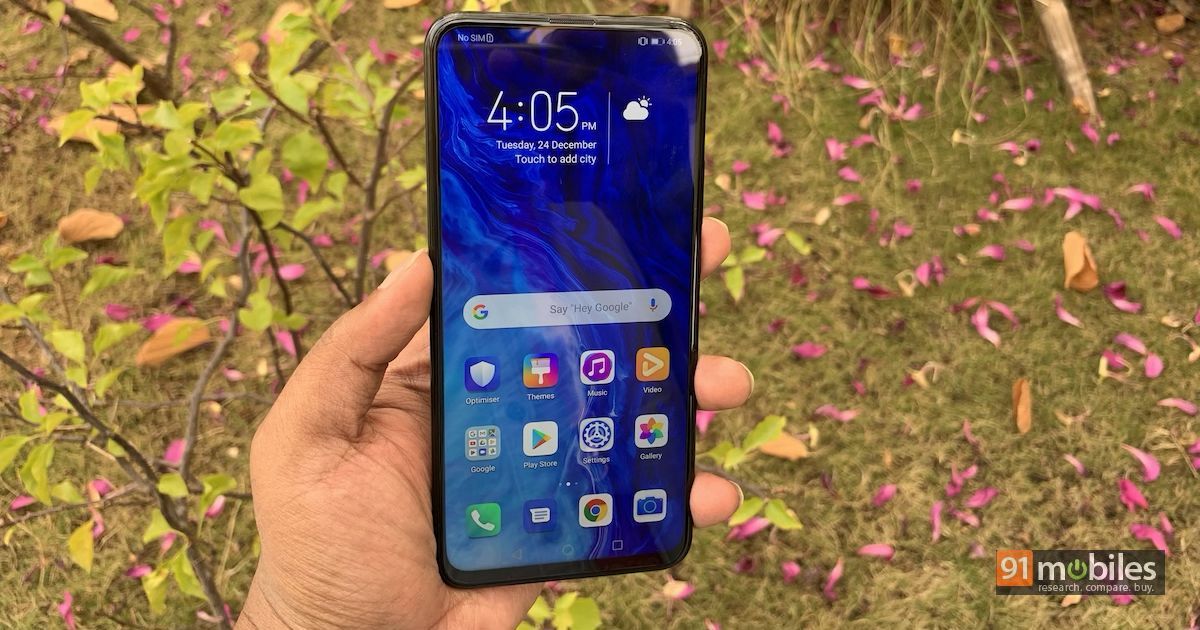 Honor 9X will succeed the Honor 8X in India. It will be the company’s first phone to bring a pop-up selfie camera. The Honor 9X sports a 6.59-inch FHD+ LCD FullView notchless display. It Is powered by a Kirin 710F SoC paired with 6GB of RAM and 128GB of internal storage. The smartphone will be available with EMUI 9 based on Android 9 Pie in India.