House of the Dragon, the Game of Thrones prequel series set 300 years before the events of that show, has unleashed its first crop of official images featuring some Targaryens, Velaryons, and Hightowers looking very moody on the beach, as if they were posing for the worst swimsuit calender ever created. House of the Dragon is currently in production and will arrive on HBO Max in 2022. It’s one of several Game of Thrones spin-offs in the works. See the first look images below.

House of the Dragon draws inspiration from George R.R. Martin‘s Fire and Blood, which has the following synopsis:

Centuries before the events of A Game of Thrones, House Targaryen—the only family of dragonlords to survive the Doom of Valyria—took up residence on Dragonstone. Fire & Blood begins their tale with the legendary Aegon the Conqueror, creator of the Iron Throne, and goes on to recount the generations of Targaryens who fought to hold that iconic seat, all the way up to the civil war that nearly tore their dynasty apart.

What really happened during the Dance of the Dragons? Why was it so deadly to visit Valyria after the Doom? What were Maegor the Cruel’s worst crimes? What was it like in Westeros when dragons ruled the skies? These are but a few of the questions answered in this essential chronicle, as related by a learned maester of the Citadel and featuring more than eighty all-new black-and-white illustrations by artist Doug Wheatley. Readers have glimpsed small parts of this narrative in such volumes as The World of Ice & Fire, but now, for the first time, the full tapestry of Targaryen history is revealed.

A week or so ago, images from the set of House of the Dragon leaked online, and rather than let those images speak for the series, HBO has gone ahead and released some official pics. Let’s take a look at them, shall we? 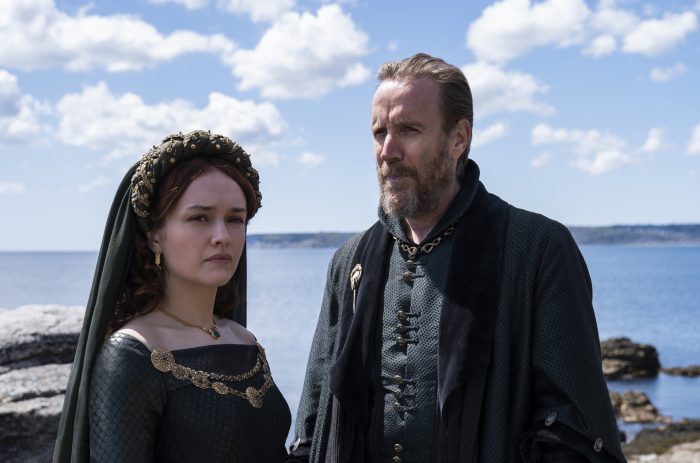 First, here’s Olivia Cooke as Alicent Hightower and Rhys Ifans as Otto Hightower. Alicent is “The daughter of Otto Hightower, the Hand of the King, and the most comely woman in the Seven Kingdoms. She was raised in the Red Keep, close to the king and his innermost circle; she possesses both a courtly grace and a keen political acumen.” And Otto is “The Hand of the King, Ser Otto loyally and faithfully serves both his king and his realm. As the Hand sees it, the greatest threat to the realm is the king’s brother, Daemon, and his position as heir to the throne.” 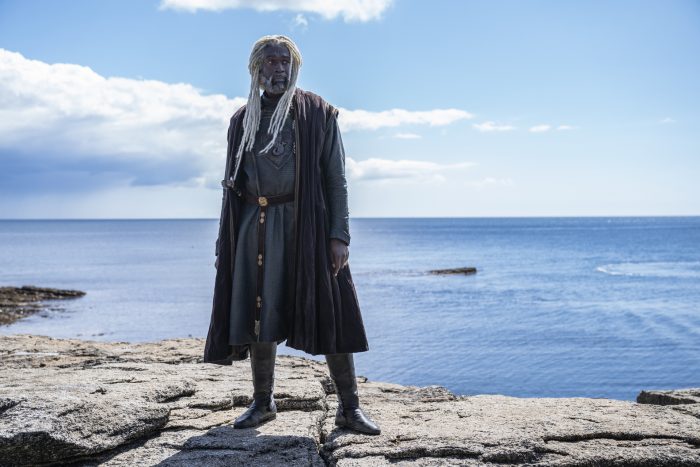 Here we have Steve Toussaint as Lord Corlys Velaryon (“The Sea Snake”): “Lord of House Velaryon, a Valyrian bloodline as old as House Targaryen. As “The Sea Snake,” the most famed nautical adventurer in the history of Westeros, Lord Corlys built his house into a powerful seat that is even richer than the Lannisters and that claims the largest navy in the world.” 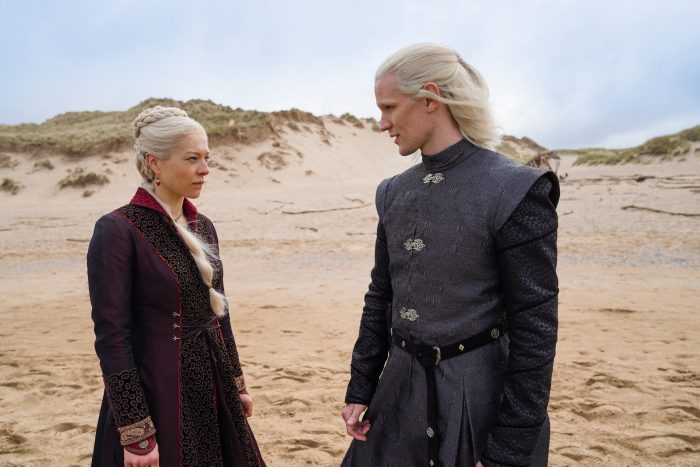 Finally, this is Emma D’Arcy as Princess Rhaenyra Targaryen, “The king’s first-born child, she is of pure Valyrian blood, and she is a dragonrider. Many would say that Rhaenyra was born with everything… but she was not born a man.” And Matt Smith as Prince Daemon Targaryen, “The younger brother to King Viserys and heir to the throne. A peerless warrior and a dragonrider, Daemon possesses the true blood of the dragon. But it is said that whenever a Targaryen is born, the gods toss a coin in the air…”

House of the Dragon was created by George R.R. Martin and Ryan Condal. Condal also serves as co-showunner with Miguel Sapochnik, who also directed the pilot and additional episodes. Other episodes come from directors Geeta V. Patel, Clare Kilner, and Greg Yaitanes.

Game of Thrones was a huge deal when it was airing, but the final season seemed to sour pretty much everyone on the show. Since the series concluded, Game of Thrones has felt like an almost forgotten series; something people just don’t talk about anymore. This asks a big the question: is anyone going to be interested in House of the Dragon, and all the other potential GoT spin-offs? We’ll see!