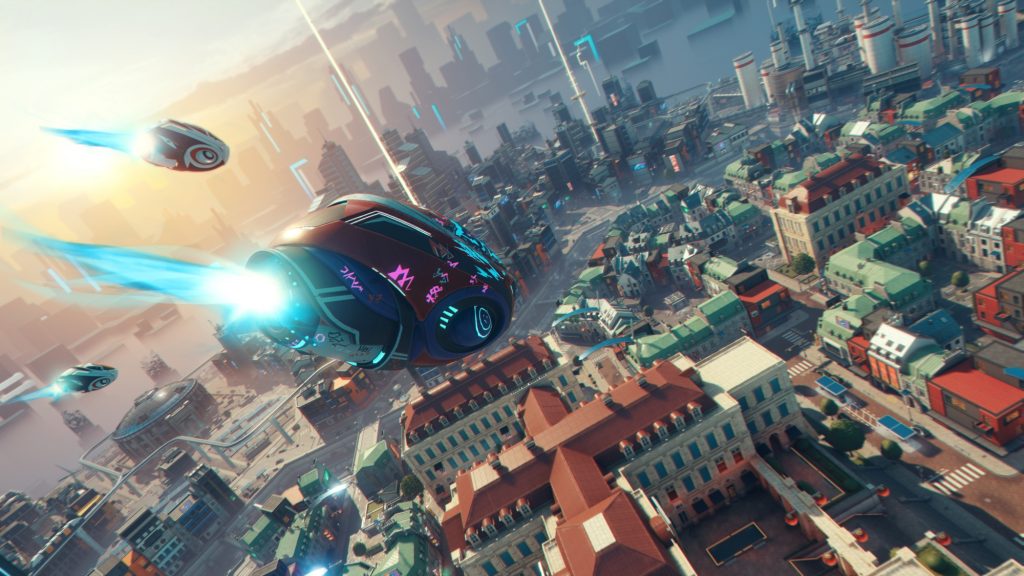 Ubisoft is finally dipping its toes into the popular battle royale genre with Hyper Scape. Set in a futuristic world and familiar first-person shooting mechanics, it will surely interest players. But will it have any lasting power? We recently spoke with creative director Jean-Christophe Guyot about how the upcoming game will stand out in such a crowded genre.

Clearly, the battle royale genre is crowded. Many have come and gone (remember Radical Heights?) but only a few have stood the test of time. On the surface, Hyper Scape looks to be a well-polished first-person shooter battle royale with interesting weaponry and abilities. But is that enough? This is what Guyot said when asked how Ubisoft’s take will stand out in the crowded genre. 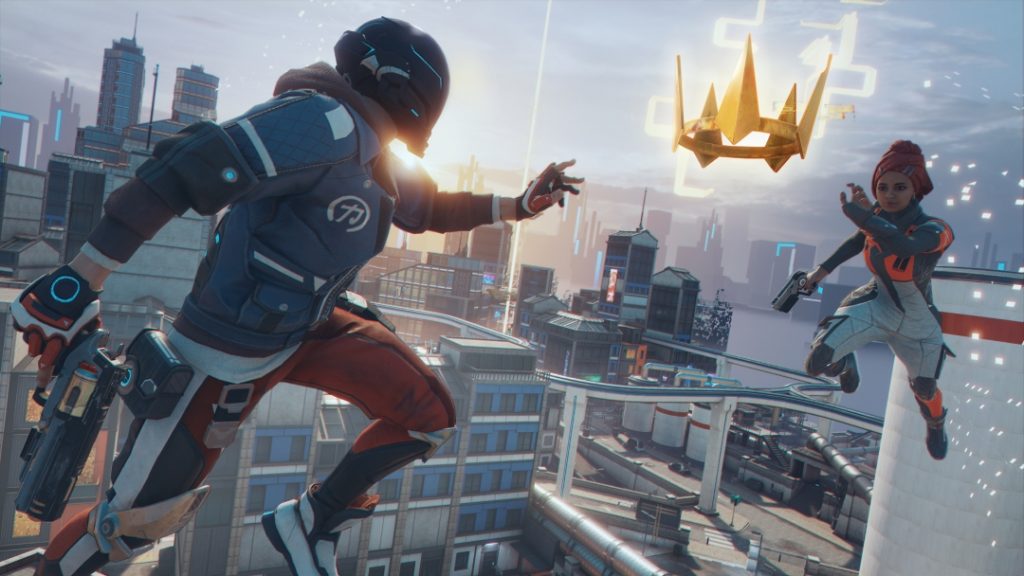 “First, when we started to do the development for the game was to bring this notion of a ‘game as a spectacle.’ What we noticed was that more and more we were playing games but also watching people play games. We wanted to bring streamers, players, and viewers together into one thing that we dub the ‘game as a spectacle.’

Making Hyper Scape a “game as a spectacle” is really a huge pillar for the game. Not only does its gameplay exemplify this, but also how we interact with it as viewers. There is a heavy emphasis on Twitch integration, where every participant of a match, whether you are a player or a viewer, can change the flow of a match. This is what Guyot had to say about why Ubisoft took this approach.

“It was really seeing the behavior that we were starting to ourselves but also a lot of the players that participated with the games by watching the game and participating with streamers. In fact, our audience is not only the players anymore, but it is also the viewers. So, how do we bring them into the game and participate? That is when we started to really think about Twitch integration, giving them the agency to interact with the game.

So, things like being able to vote on key events are fun on both sides. First, as a viewer, you have an impact on the battle; you can change the gravity, for example, and you see all the players going really slow in the air. But also, from the player standpoint, it means that you are always adapting to something new, from sectors decaying to new game events and approaching enemy players. So, we really wanted to take the tension and make sure there was always something going on.

The next step for players was we really wanted to continue the investment as viewers. So, by watching your favorite streamer, you will also continue to progress your battle pass in the game. So, you can learn new techniques from your favorite streamer and unlock new items, the bring all your new knowledge and equipment to the game when it’s time to play.” 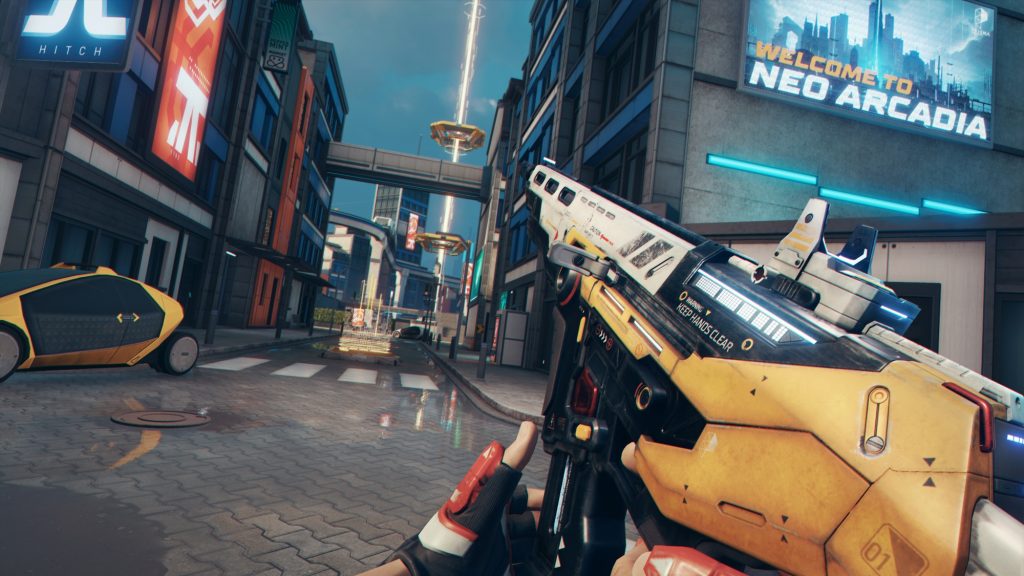 Essentially, the idea is to always allow players of Hyper Scape to make progress, whether they are actively playing or watching someone play. However, some may not be too fond of its Twitch integration feature. Guyot does say that you can completely opt-out of that experience, however, there will still be game-changing effects every few minutes. The difference is you will not have access to some of the exclusive effects the viewers can choose.

From my 3 hours with Hyper Scape, I think I understand the intention behind the “game as a spectacle.” It does keep your squad moving every moment of the match. Getting every person involved with the match, both viewers and players, is also something that deviates from the traditional battle royale experience. There is a lot here that makes Hyper Scape super fun and unique. I do think it can penetrate the crowded genre for a short bit, but how it will be supported after launch will make or break the game.

Hyper Scape is currently in a closed technical test phase. You can check out our DualShockers Discussion video and in-depth preview to see what we think of Ubisoft’s battle royale.

The post Hyper Scape Creative Director on Creating a “Game as a Spectacle” by Michael Ruiz appeared first on DualShockers.