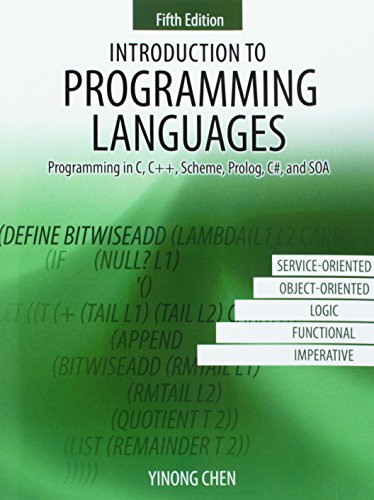 Introduction to Programming Languages: Programming in C, C++, Scheme, Prolog, C#, and SOA takes a balanced approach to teaching programming paradigms, principles, and the language mechanisms while focusing on language constructs and programming skills. It is intended for a course where students have already completed a basic computer science course and have learned a high-level programming language like C, C++, or Java.