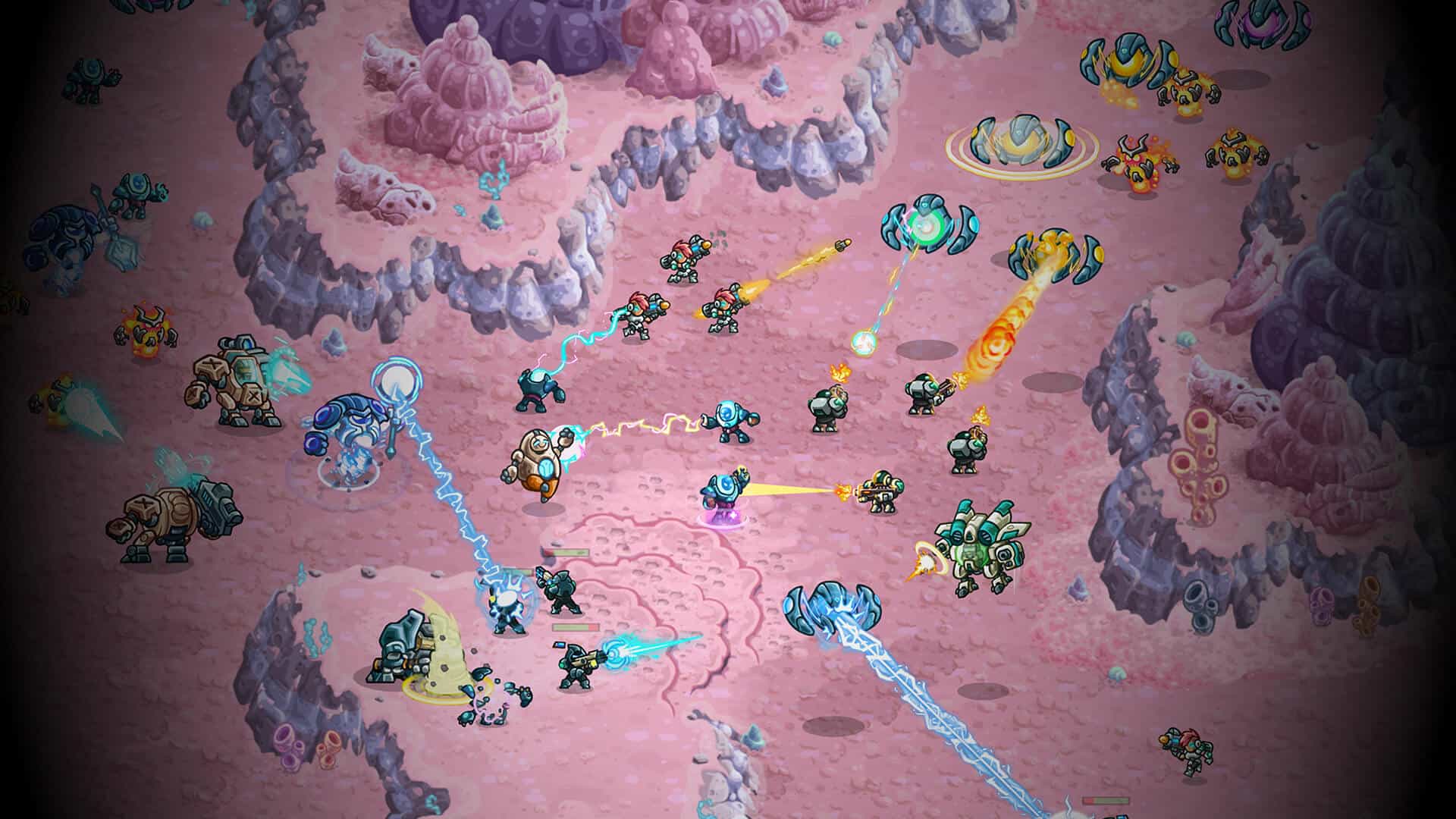 Iron Marines Invasion, the follow-up to 2017’s Iron Marines, is now officially available on Android devices. Iron Marines Invasion is a mobile RTS game from Ironhide Studios, who also makes all the games in the Kingdom Rush series. Unlike Kingdom Rush though, Iron Marines switches from tower defense to real-time strategy. That being said, you’ll still have many of those familiar elements like a varied collection of different units to play and a multitude of stages to get through.

This game is also fully playable offline and it’s a one-time purchase without ads or microtransactions. So you buy it once and you’re getting the full game experience without ever having to pay another dime. Something which is generally less common for mobile games these days.

Iron Marines Invasion lets you explore 25 worlds across the universe

Ironhide Studios initially announced this game back in June, promising loads of content for players. And that seems to be the case. Campaign missions take place across 25 different worlds throughout the universe with 24 different troops across 8 unit groups.

That’s a lot of different ways to seek out victory. In addition to 25+ campaign missions, each stage presents unique challenges to overcome. So there should be some variety in what you’ll need to do to progress. The game is available for both Android and iOS via their respective app stores at $4.99.

Which we think is a pretty solid price for a high-quality mobile game. You can also pick up the first Iron Marines for $2.99 if you want a little bit of a refresher before you dive into the new one. Though that’s not necessarily needed unless you want every single story beat. At the very least, it’ll provide you with a good idea of just how good the games from Ironhide Studios are.

If you’re familiar with RTS games in general, this won’t be too far off. Though it does tend to focus more on combat than anything else. And if you’re still unsure of whether or not you’d enjoy Iron Marines Invasion, you can check out the launch trailer below.