The common consensus is that if you want to reach people in 2018, you need to use the internet. Ads on Facebook or Instagram, job listings on Monster or LinkedIn, email newsletters—these areas are where your campaigns should be focused.

Or here’s another idea: Go ridiculously low-tech with your campaign to get people’s attention. Sandwich boards, billboards, catalogs—the kinds of things that went out of style years, if not decades, ago—are the new black here.

If you’re lucky, your campaign will be so successful that it will catch the attention of online outlets, giving your efforts a viral buzz that achieves an ever bigger national audience.

It might sound far-fetched, but take Betabrand for example. Betabrand, a crowdfunding platform focused on fashion, recently caught a viral wave when they put a job posting on a sandwich board outside their offices in San Francisco. 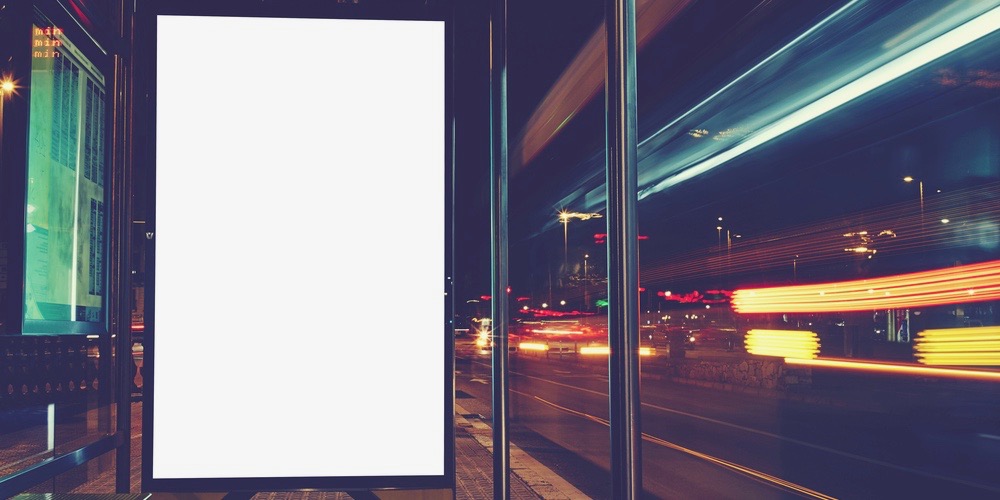 Betabrand is a successful company—they can afford to headhunt if they want to. They’re also a company of the internet age—for them to advertise on a sandwich board is like Amazon opening up brick-and-mortar stores (ah, right, they’re doing that now, aren’t they?).

Yet according to this Small Business Trends article, there was a method behind this madness. They quoted Chris Lindland, Betabrand’s founder and CEO as saying, “It’s hard to show much personality in job posts. And Valencia Street in San Francisco probably gets more engineering traffic than LinkedIn or AngelList.’”

Betabrand has a history of these kinds of marketing stunts, such as a job posting on a garage door in the same area. The company reported filling their positions within days of putting up the unconventional listing.

What’s the trick to one of these low-tech marketing campaigns? How can you make them worth your time and score a better ROI than even the savviest online offering?

The secret to Betabrand’s success with their sandwich board and garage door ideas is hidden in Lindland’s quote: Awareness of the audience that populates Valencia Street, and how that audience is aligned to what the company was looking for.

“Betabrand knew the buyer persona it needed to attract and knew specifically where each kind of candidate hangs out both online and offline,” says Joshua Feinberg, a digital marketing strategist, revenue growth consultant for small business CEOs and co-founder of SP Home Run. “It obviously was coming up empty in some of the traditional online watering holes. So it tried another watering hole, offline—people walking by on the street, likely on their way to their current jobs or favorite restaurants.”

It might be hard to imagine that a big company like Betabrand, headquartered in one of the world’s tech capitals, would have a hard time filling a listing for a developer job. And yet Feinberg says this isn’t an uncommon problem. 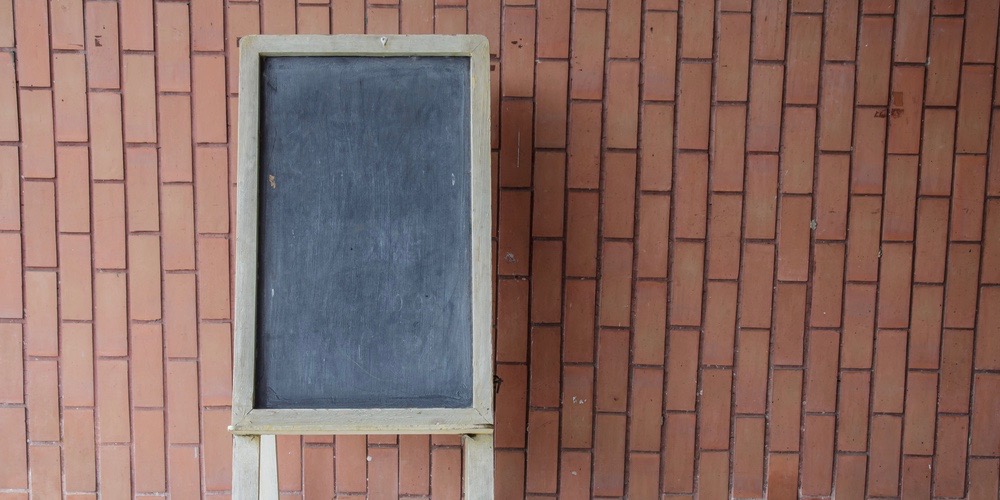 “When it comes to promoting job openings, for some companies there’s both a quantity and quality of candidates problem. For digitally savvy companies in high growth mode, there’s a trend towards treating recruiting and hiring similar to a sales funnel,” he says. “Perhaps Betabrand was attracting a lot of out-of-town candidates that either wanted relocation assistance or a remote-only arrangement—when the company’s preference was local or hyper-local candidates only.”

When you’re striking out online, the costs of advertising on multiple channels can start to add up quickly. So, if you’re looking for someone in your own backyard, why send out a worldwide-sized blast when a message that *only* locals can see will accomplish the same goal, with a lower upfront investment?

The reason the word “only” is in stars in the paragraph above is because clearly this Betabrand campaign didn’t stay on Valencia Street. It caught people’s attention and went viral.

“You just don’t see that kind of thing every day,” says Feinberg. “It truly meets the definition of remarkable—the hurdle for wanting to remark about it to friends, family members, and coworkers—more than likely by text, Facebook, Instagram, or something similar.”

Feinberg recalls when another big brand company started to make waves with a relatively low-cost marketing option that was both remarkable on its own merits and perfectly suited for attracting the specific buyer persona the company was looking for.

The founder of Geek Squad, Robert Stephens, had a car that resembled a Batmobile but with a Geek Squad logo. “He figured people that attended opera had a high enough net worth to be decision-makers on IT issues. So he’d drive his car around his city’s opera house when it let out. And sure enough, he’d get phone calls from people that need help with IT,” says Feinberg.

Maybe Betabrand was able to grab the attention of a developer walking down the street in San Francisco with their signs. But if not, the novelty and creativity of their idea was enough to catapult the effort into the blogosphere with no (apparent) effort to do so on their part. That turns a low-tech effort into a high-tech one pretty quickly.

While that broadens your audience and gets you away from your goal of being specific, it’s merely a bonus, making it so your company stands out amid the noise of the increasingly loud and chaotic internet.

Zigging When Others Zag

Another, somewhat intangible (we’ll get into how to measure it tangibly below) aspect of this is the idea that by going “low-tech,” you’ll be doing something totally different from your competitors in your space.

If you get picked up by the blogs and IG influencers, great. But if that’s not in the cards, you can still catch the eye of your customers with a unique offline campaign.

Shinesty, a digitally native clothing store specializing in outlandish pieces, starting producing a holiday catalog last year—the kind that Sears was putting out back in the late 1800s. 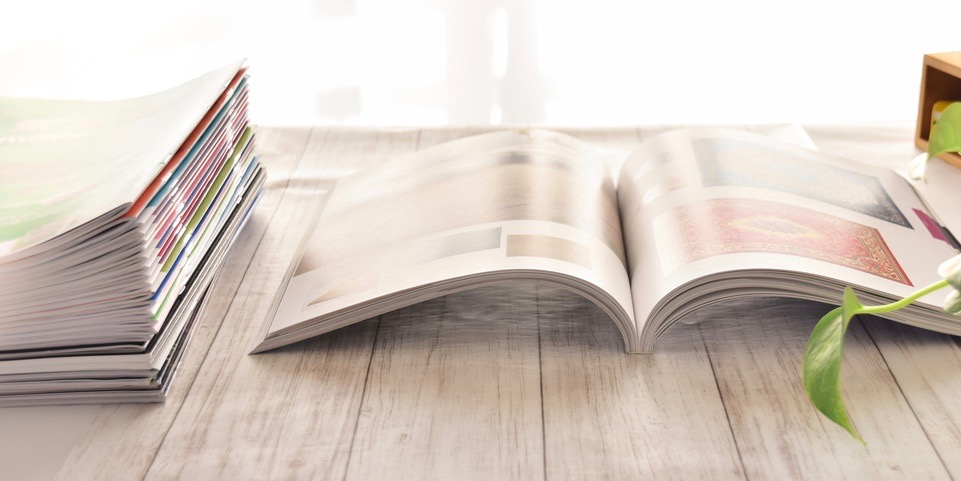 “The reason we liked the idea for a catalog was that it provided the flexibility for us to tell a big, visual story about our brand and our products, without a lot of the constraints/challenges that exist in email or digital mediums,” says Jens Nicolaysen, the company’s co-founder and chief marketing officer.

“The efficacy of these ‘low-tech’ marketing campaigns can be incredible, and the reason is because when everyone goes one direction, you tend to stand out exponentially more by doing the exact opposite,” Nicolaysen adds, “especially if it seems counterintuitive to macro trends.”

The numbers appear to bear that out for Shinesty: According to Nicolaysen, the catalog was 30% more efficient than their best online channels. For the 2017 holidays, the company actually quintupled their investment (getting better bang for their buck in the process).

One of the issues with “low-tech” campaigns? They typically lack the digital tools that are used to measure the efficacy of online campaigns. It’s easy to tally the clicks, read rates, and conversions when everything takes place digitally. When that process begins offline, it’s hard to know exactly what is working and why.

But with a few tweaks, you can turn your low-tech campaign into a digital campaign masquerading as a traditional one.

“From my standpoint as a digital strategist, I’d like to see some kind of special URL so you can track/measure whether it’s really working or just a nebulous brand lift,” says Feinberg.

The example he gave:

Is Your PC Running a Little Sluggish and At Risk of Frustrating Virus Infections?

“Schedule Your Free PC Tune-Up (a $49.00 value)” at SomeReallyShortButCatchyURL.com

Shinesty also found ways to measure the success of their campaign, according to Nicolaysen.

“The game changer for catalogs came in realizing how well we could actually track the sales impact,” he says. “Did we mail a catalog to an address? After the catalogs arrived, did an order then get sent to that same address in a reasonable time frame (say, within 30 days)? If yes to both, we attribute the sale to the catalog and can quantify its impact. So, when I say 30% more efficient—for every dollar invested it returned 30% more sales than our other channels that time of year.”

This way, you see if your time is actually better spent focusing on your all-digital efforts. But if you’re finding success with the low-tech stuff, congratulations: You’ve discovered a shortcut to connecting with the audience you’ve been searching for all along.

There are all kinds of low-tech marketing efforts that survived the world’s digital transformation, from good ol’ door knocking to mailing people dog bones to encourage their feedback.

What we’re talking about here are efforts that are so obviously throwbacks to a bygone era—sandwich boards and mailed catalogs, in these cases—that they actually encourage digital engagement. If you’ve got a creative idea for marketing that involves going offline, don’t be afraid to buck the trend of going all-digital—but be prepared to combine that idea with analytics to see just how well your idea is doing.

It’s cheaper than doing it all online, and in some cases (particularly if you know exactly who you’re targeting), it’s more effective as well.

The post Is A Ridiculously Low-Tech Marketing Campaign Worth Your Time? appeared first on Fundera Ledger.

LaptrinhX
—
Is A Ridiculously Low-Tech Marketing Campaign Worth Your Time?
Share this