Bitcoin mining should be led by a United States company. That’s according to San Francisco-based Layer1 – a cryptocurrency mining company that just secured $50 million from investors including Peter Thiel, known for co-founding PayPal.

The company plans to set up a new mining operation in West Texas where they will employ a proprietary hardware cooling technology that they suggest will make mining in Texas (a place with scorching hot summers) no problem at all. 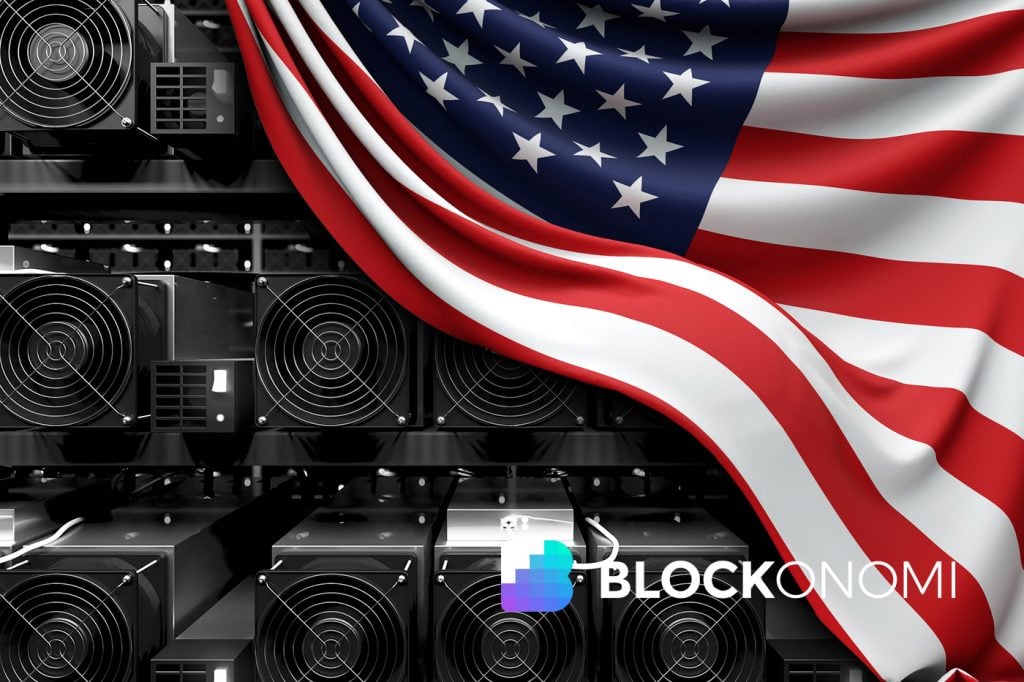 For the last few years, companies in China have been leading the charge on bitcoin mining, setting up massive industrial-scale operations and claiming the vast majority of bitcoin blocks mined.

Moreover, a huge portion of the most popular mining pools are run by China-based organizations. And let’s not forget that virtually all of the top ASIC mining devices are either completely manufactured in China, or at the very least rely on various parts and components that are made in the country.

This situation has brought up a significant amount of debate in the bitcoin world. Some have argued that as long as China is in control of the majority of the bitcoin mining hash rate, bitcoin is at risk.

Others, however, argue that wherever bitcoin is being mined will not have a significant impact on the currency or its freedom to grow and develop. Some, including famed author and bitcoin commentator Andreas Antonopoulos, have even suggested that criticism of China’s position as the leader in bitcoin mining is rooted largely in racism and xenophobia.

Regardless of any individual’s opinion, the reality is that for a number of factors that are primarily economic in nature, China is the undisputed leader of bitcoin mining today. But is that a problem?

Does Bitcoin Need a U.S. Company to Lead?

According to Layer1 co-founder Alex Liegl, the answer to that question is a relatively emphatic yes. Specifically, Liegl stated in an interview that “for Bitcoin to grow into its multi-trillion potential, it needs a U.S. company to lead.”

But is that accurate? The answer is somewhat complicated and unfortunately it is not possible to simply and accurately come to a conclusion. Instead we need to consider a few different factors that affect what impact a China-led bitcoin mining world could lead us to in comparison to a US-led one.

First and foremost, China is a communist country that has an extremely tightly regulated financial system. Virtually all banks in China are state-owned or are otherwise required to make partnerships with state-owned entities in order to operate within the country. This is starkly different from Western countries where private banks are typical, if not the de facto standard.

Second, the Chinese government maintains strict controls over capital outflows (money going out of the country) and also has a near limitless influence on the exchange rate of Chinese currency due to its near total control of its domestic capital markets through entities such as Bank of China.

It’s also important to remember the inconsistent messaging we are seeing in China in regards to the laws view of cryptocurrency. The news tends to come in waves of either overwhelmingly positive or overwhelmingly negative sentiments.

Recently we saw all China based cryptocurrency exchanges forced to close up shop and relocate to other territories such as Hong Kong. We also saw regular whispers and rumors that bitcoin would be “banned in China”, followed by other reports claiming that China declared bitcoin as a recognized financial asset.

This is just scratching the surface, however. Our main point is that if bitcoin mining is led by Chinese enterprises (that are forced to comply with all state dictates) this means that there is at least a chance that bitcoin could be harmed directly (or indirectly) if the Chinese government decides to drop the hammer.

But the truth is no one knows what will happen at this point and all we have is rumors and conjecture – not reliable Intel.

Would it Matter if the U.S. Led Bitcoin Mining?

Let’s suppose for a moment that Layer1’s dream comes true. If so, would it make any difference to bitcoin? It’s difficult to predict with any degree of accuracy, but here are a few things that might be different.

If bitcoin mining primarily comes from the US, we might see more big companies become interested in it. As it becomes less of a foreign entity, U.S. regulators will likely be forced to further clarify and cement their positions and the laws regarding cryptocurrency.

This regulatory clarity could lead to enhanced adoption. Further, institutional investors may consider that a US-led bitcoin is a safer bet as there is less chance of potentially harmful foreign interference.

But as far as the day-to-day operations of bitcoin, not much would be different. The interesting thing about bitcoin mining is that it only works if the miners follow the rules. That means no matter where the mining is happening, bitcoin in theory should behave exactly the same way no matter where the hash rate is coming from.

Transactions would not be faster, the block size wouldn’t change, and halving events would still occur as scheduled no matter who is doing the mining. In other words, perhaps the only changes that would happen would be in the perspectives and opinions of bitcoin users and investors. But again, there’s no guarantee that even that would happen.

Could the US Lead Bitcoin Mining?

The last question we need to ask is, is it even possible for a U.S. company to lead bitcoin mining? The reason why Chinese companies are leading right now is because that’s where the ASICs are being manufactured, and where cheap electricity can be easily found. Neither of these are true for the United States for the most part.

While there are some exceptions on where affordable electricity can be found or created through alternative means, the biggest problem will still be the manufacturing or sourcing of ASICs.

The United States is currently severely lacking in its capacity for manufacture of high-tech computer parts. That’s why Apple products are virtually all made in China, because that’s where the manufacturing equipment and expertise is.

Even if a US company drove a proverbial dump truck full of money to a Chinese ASIC manufacturer like Bitmain, who is to say that the manufacturer wouldn’t just jack up prices so as to reduce competition? What’s worse, recent trade tensions between the two countries would undoubtedly make such a trade even less attractive to both sides.

The good news on this front is that China is not the only country that manufactures ASICs. Even though they are the most prolific, competitors do exist. For example, the Japanese companies GMO and Triple-1 have been purportedly in the process of designing and manufacturing new bitcoin mining hardware that could potentially make all existing hardware obsolete. It is also entirely possible that other manufacturers exist that the general public is not even aware of.

In short, it is possible that a country like the US could become a leader in bitcoin mining, but it would not be an easy task. On the contrary, it would be a highly difficult and complex task – but not an impossible one.

The post Layer1: Bitcoin Mining “Needs a U.S Company to Lead” – Are They Right? appeared first on Blockonomi.

LaptrinhX
—
Layer1: Bitcoin Mining “Needs a U.S Company to Lead” – Are They Right?
Share this