If you run a recent Windows 10 PC, you may have noticed new listings for Outlook, PowerPoint, Excel, or Word in the Start Menu or the list of installed programs, even if you did not install the programs. It happened yesterday on a stable Windows 10 PC running Windows 10 version 2004, and reports are all over the Internet that many users are affected.

One of the main problems is that Microsoft has not mentioned this at all; it did not make an announcement, not on the company's Windows Experience blog nor anywhere else to my knowledge. Users who notice the applications -- they are web links in fact but more about that later -- may wonder whether they are genuine or malicious in nature, and how on earth they landed on the system in first place. 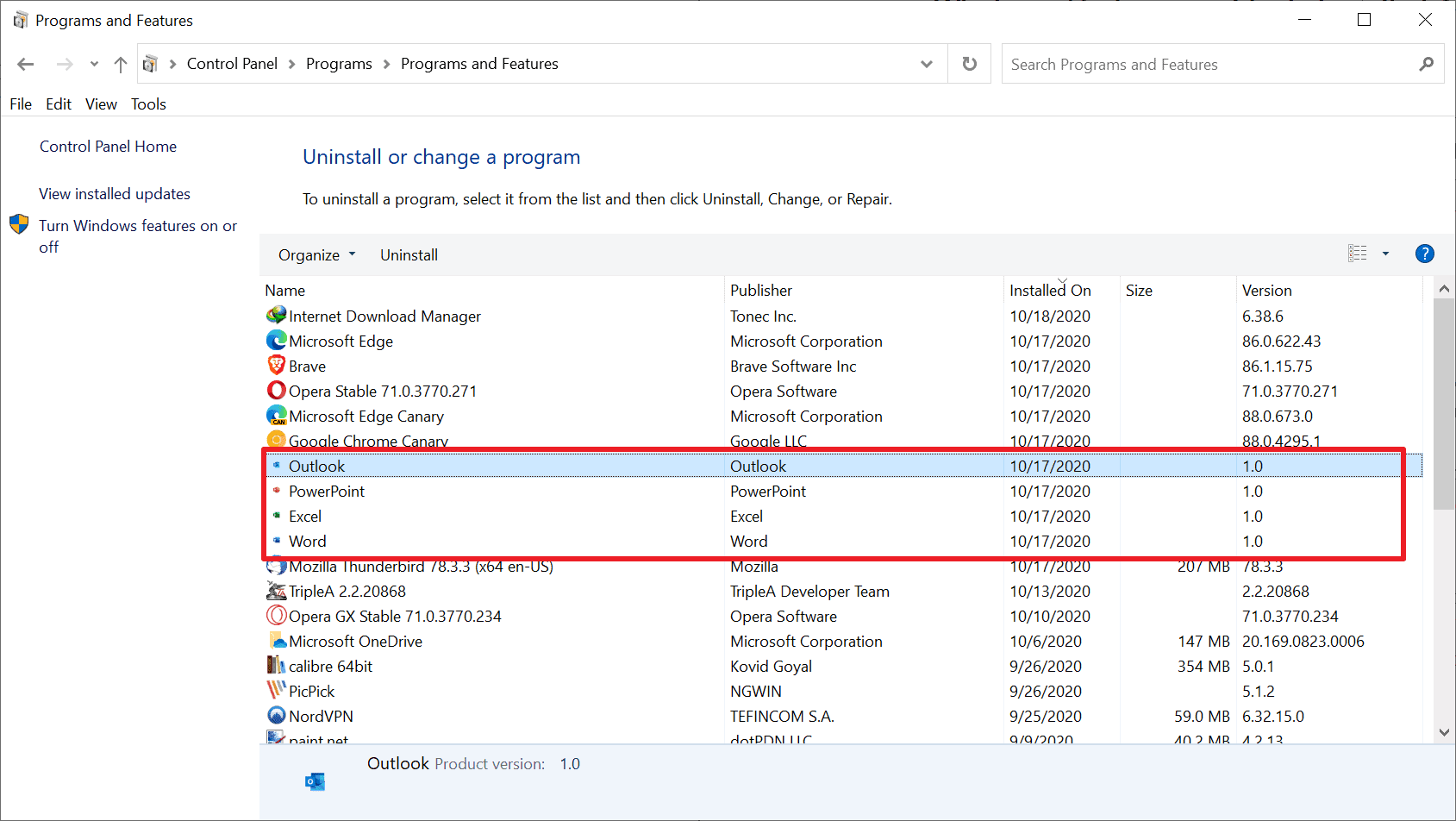 When you analyze the installed programs, you will notice several things:

When you try to remove one of the listed programs, you will get a "remove from Microsoft Edge" prompt; this confirms that these apps are linked to Microsoft Edge.

A quick check of the installed apps section of Microsoft Edge confirms that these applications are listed in the browser, and can be removed from the browser with a click on the x-icon on the page. 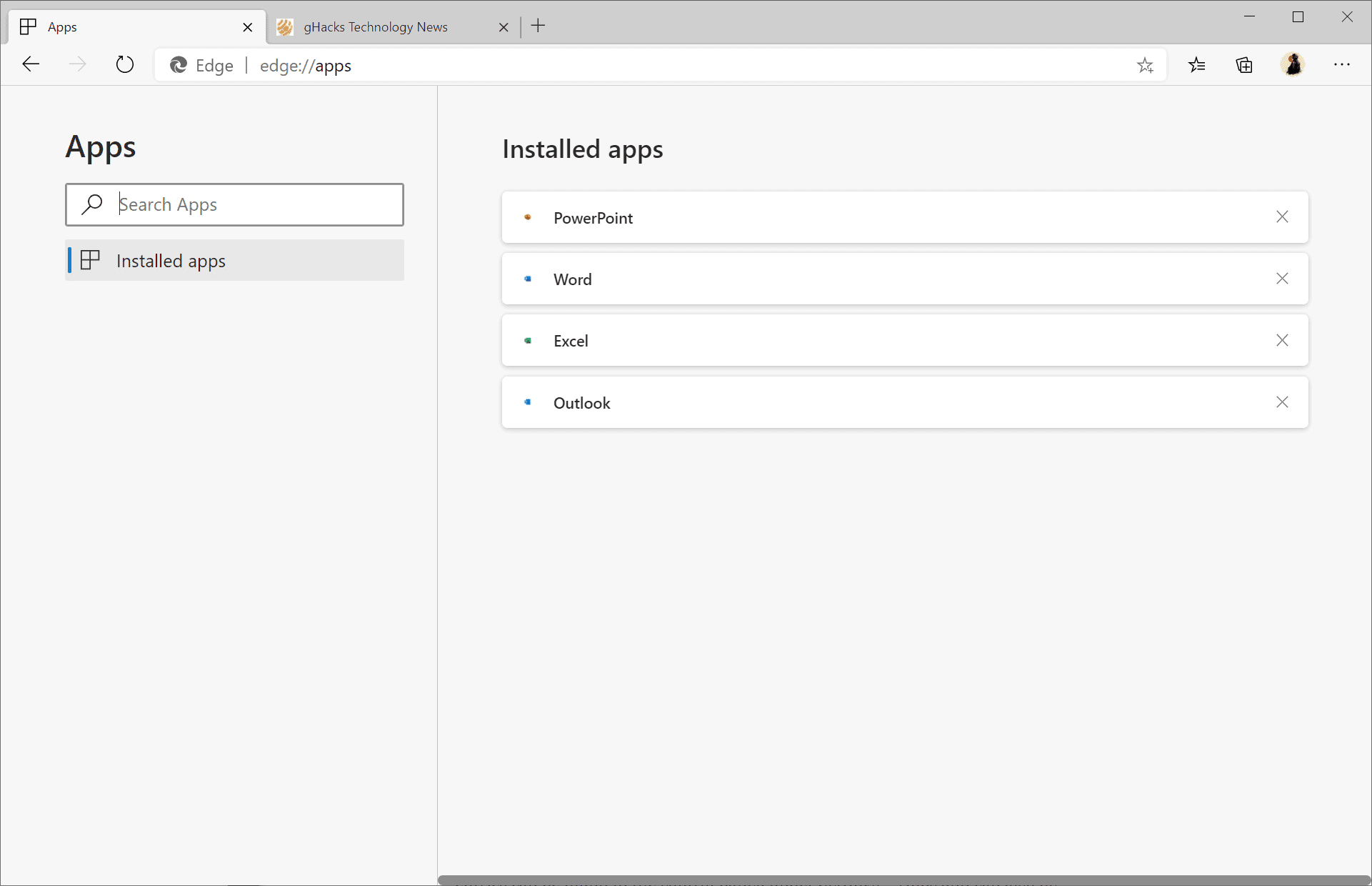 The shortcuts open Office Web Apps in a chromeless Microsoft Edge window on the desktop when executed. They appear genuine and not malicious.

Users who don't want these can uninstall the PWA apps from within Edge or using the Settings app / Programs Control Panel applet.

Adding programs to a user's device without consent or information is always problematic. While it has become second nature for Microsoft to add or remove apps from the operating system when feature updates get installed, adding these unrelated to any update installation is a new low for the company, especially when it is done without any communication on the company's part.

Users are left with finding out what happened and if the apps are genuine or not. While they are genuine, it is nothing more than pushing advertisement for the company's Office Web Apps to user systems.

It is easy enough to remove them again, but what is keeping Microsoft from re-adding them or adding other PWA links? Right, nothing at all.

Now You: What is your take on this?