Fifth time is a charm. Microsoft published KB4469342, a new cumulative update for Windows 10 version 1809, to the Release channel today.

The company released four previews of the patch to Windows Insider systems for testing in the past couple of weeks which it did not do previously.

While it is too early to tell if Microsoft will use the testing system in the future, it would certainly be good for update quality if it did as it would push updates to another set of test systems before making them available to the general Windows population.

The October 2018 Update was one of the buggiest feature update releases for Windows 10 ever since Windows 10 was released in 2015. The update introduced a large number of bugs and issues, from data loss to font and audio playback issues. Microsoft had to stop distribution for six weeks to fix the most pressing issues. 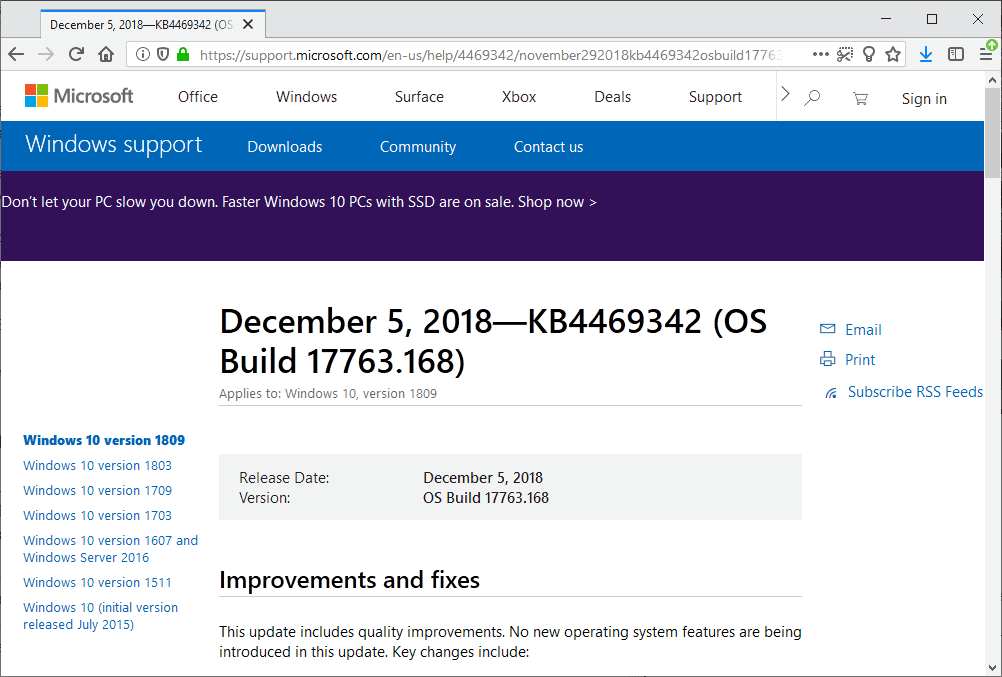 The cumulative update KB4469342 is the fourth cumulative update for the Windows 10 version 1809 release channel. It fixes a large number of issues including some that plagued users ever since the release of the operating system version.

KB4469342 is available via Windows Update and as a direct download on Microsoft's Update Catalog download site.

Ghacks needs you. You can find out how to support us here or support the site directly by becoming a Patreon. Thank you for being a Ghacks reader. The post Microsoft publishes KB4469342 for Windows 10 version 1809 appeared first on gHacks Technology News.