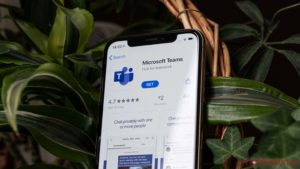 At the end of March, Microsoft said its video conferencing program, Microsoft Teams, had about 44 million daily active users during the COVID-19 pandemic. With a full month of physical distancing in April, Teams’ usage has increased by 31 million — a 70 percent jump month-to-month.

This news came from an investor call with Microsoft CEO Satya Nadella, who revealed Teams’ user base has increased to more than 75 million. In addition, he revealed that Teams saw 200 million meeting participants in a single day this month.

That statistic is something another video conferencing app, Zoom, has confused with users. The company originally said last week it had more than 300 million daily active users. The reference to that 300 million number on its website would later be deleted, now claiming that the app has “300 million daily Zoom meeting participants.”

When it comes to how the daily meetings numbers get counted, one user can have multiple meetings a day and each meeting counts toward Teams or Zoom’s daily meeting participant number. It’s unknown at this time how many users Zoom officially has since it hasn’t revealed that number.

Nadella also revealed that two in three Team users are interacting or collaborating with files inside the app. Microsoft has seen triple the amount of organizations using apps within Teams.

Source: Microsoft Via: The Verge