As you already know, the MoCCA (Museum of Comic and Cartoon Art) Arts Fest, presented by the Society of Illustrators, is one of my favorite events of the year.  What's cool about it is the fact that all the great independent artists from around the world are represented there.

This year, I met great artists from Spain, Norway, China, Argentina, and Mexico, and they all travelled here for MoCCA.  Their ideas and techniques were so varied and unique - this is where all the creative geniuses are emerging from.

I was there selling a lot of my art (art from my "Simpsons" couch gag was especially hot), DVDs and books, and I got to catch up with a lot of old friends.  So pardon me if I name-drop a bit. 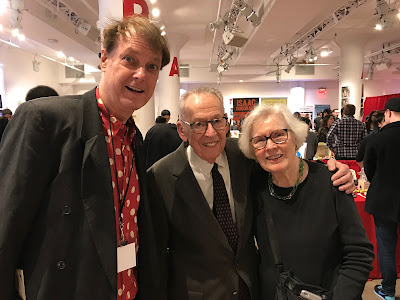 My illustrator buddy, Arnold Roth and his wife, Carolyn, who's a painter - he just had a stroke, but he looked great. 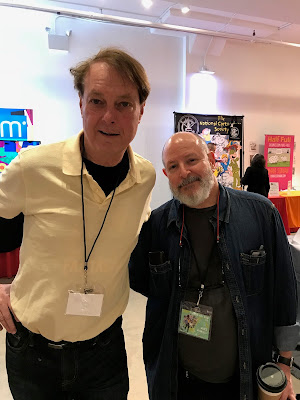 Mike Mignola of "Hellboy" fame was there to sign books - and we chatted a lot about Guillermo del Toro and his big success last year with "The Shape of Water". 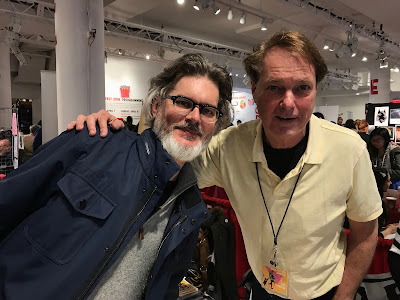 Mo Willems, animator of "The Man Who Yelled" and "Sheep in the Big City" and author of children's books like "Don't Let the Pigeon Drive the Bus!"  He's now doing theater, we gossiped about John K. 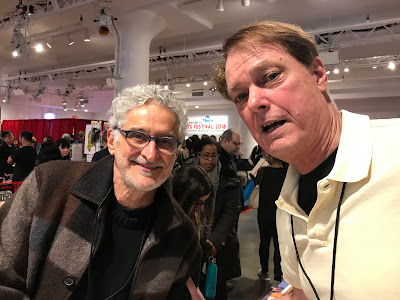 Patrick McDonell of "Mutts" fame, which is one of my favorite comic strips.  He's moving into animation, apparently. 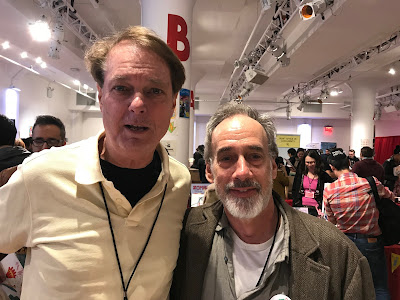 My good buddy, John Cuneo, who just completed a fantastic poster for the Woodstock Film Festival. 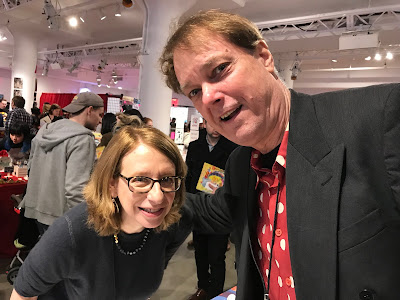 Roz Chast, the Queen of New Yorker cartoons, was there to promote her new book and chat with the young generation of cartoonists. 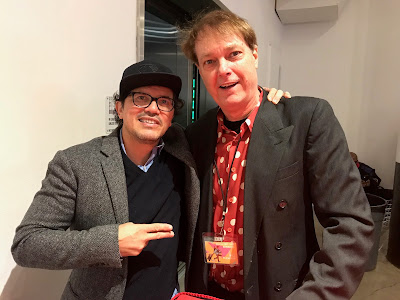 And the great actor John Leguizamo was there signing his new comic book.  Since I did some animation for his film "Fugly", we were like old friends and we talked about perhaps doing another project together.

It was a very fun, very busy two days and I left the event totally inspired and anxious to get going on my new projects.  To all those who stopped by, thanks for coming - see you again real soon!