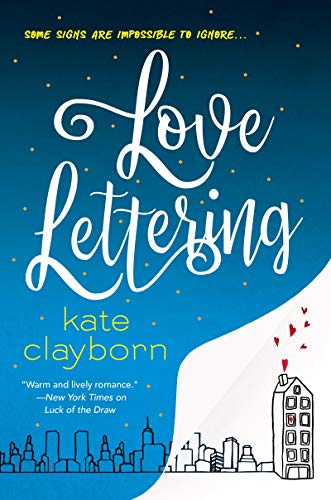 RECOMMENDED: Love Lettering by Kate Clayborn is $2.99 at select vendors! I think this deal started on Friday, so it could end very soon. Aarya gave this one an A:

Love Lettering is a special book that I’ll hold close to my heart for a long time. It’s a quiet romance with quiet protagonists, but sometimes it’s the quiet moments that echo the loudest.

In this warm and witty romance from acclaimed author Kate Clayborn, one little word puts a woman’s business—and her heart—in jeopardy . . .

Meg Mackworth’s hand-lettering skill has made her famous as the Planner of Park Slope, designing custom journals for her New York City clientele. She has another skill too: reading signs that other people miss. Knowing the upcoming marriage of Reid Sutherland and his polished fiancée was doomed to fail is one thing, but weaving a secret word of warning into their wedding program is another. Meg may have thought no one would spot it, but she hadn’t counted on sharp-eyed, pattern-obsessed Reid.

A year later, Reid has tracked Meg down to find out how she knew that his meticulously planned future was about to implode. But with a looming deadline and a bad case of creative block, Meg doesn’t have time for Reid’s questions—unless he can help her find her missing inspiration. As they gradually open up to each other, both try to ignore a deepening connection between them. But the signs are there—irresistible, indisputable, urging Meg to heed the messages Reid is sending her, before it’s too late . . . 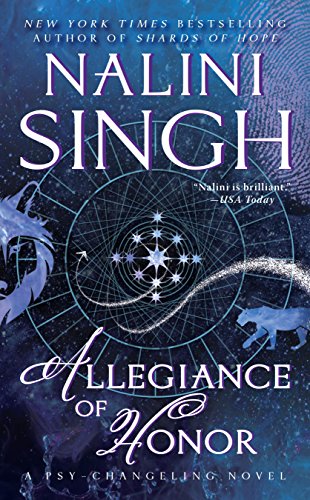 Allegiance of Honor by Nalini Singh is $1.99! This is the fifteenth book in the Psy/Changeling series, and I feel like these books, especially the later ones are rarely on sale. Singh’s writing is fantastic, though readers warn this has a large ensemble cast that, at times, takes away from the romance.

The Psy-Changeling world has undergone a staggering transformation and now stands at a crossroads. The Trinity Accord promises a new era of cooperation between disparate races and groups. It is a beacon of hope held together by many hands: Old enemies. New allies. Wary loners.

But a century of distrust and suspicion can’t be so easily forgotten and threatens to shatter Trinity from within at any moment. As rival members vie for dominance, chaos and evil gather in the shadows and a kidnapped woman’s cry for help washes up in San Francisco, while the Consortium turns its murderous gaze toward a child who is the embodiment of change, of love, of piercing hope: A child who is both Psy…and changeling.

To find the lost, protect the vulnerable—and save Trinity—no one can stand alone. This is a time of loyalty across divisions, of bonds woven into the heart and the soul, of heroes known and unknown standing back to back and holding the line. But is an allegiance of honor even possible with traitors lurking in their midst? 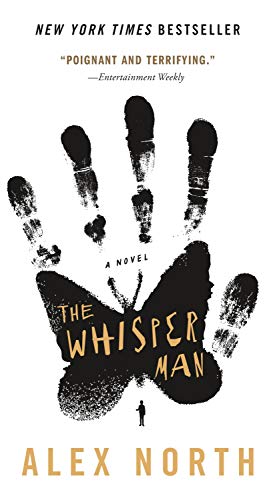 The Whisper Man by Alex North is $2.99! This is a standalone thriller with a focus on a father/son relationship…oh, and a serial killer, of course. There also does seem to be a slight supernatural element as well.

In this dark, suspenseful thriller, Alex North weaves a multi-generational tale of a father and son caught in the crosshairs of an investigation to catch a serial killer preying on a small town.

After the sudden death of his wife, Tom Kennedy believes a fresh start will help him and his young son Jake heal. A new beginning, a new house, a new town. Featherbank.

But the town has a dark past. Twenty years ago, a serial killer abducted and murdered five residents. Until Frank Carter was finally caught, he was nicknamed “The Whisper Man,” for he would lure his victims out by whispering at their windows at night.

Just as Tom and Jake settle into their new home, a young boy vanishes. His disappearance bears an unnerving resemblance to Frank Carter’s crimes, reigniting old rumors that he preyed with an accomplice. Now, detectives Amanda Beck and Pete Willis must find the boy before it is too late, even if that means Pete has to revisit his great foe in prison: The Whisper Man.

And then Jake begins acting strangely. He hears a whispering at his window…

A History of Glitter and Blood 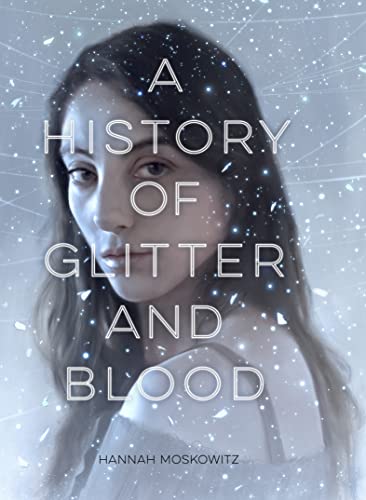 RECOMMENDED: A History of Glitter and Blood by Hannah Moskowitz is $2.99! Real talk, this book is weird and though it’s YA, it can get pretty dark in terms of what happens in this fantasy fictional world. It has a bit of a speculative fiction vibe, but it’s definitely a book that will stick with you, even though I know it’s not for everyone. I will also warn that it takes a while to get going.

Sixteen-year-old Beckan and her friends are the only fairies brave enough to stay in Ferrum when war breaks out. Now there is tension between the immortal fairies, the subterranean gnomes, and the mysterious tightropers who arrived to liberate the fairies.

But when Beckan’s clan is forced to venture into the gnome underworld to survive, they find themselves tentatively forming unlikely friendships and making sacrifices they couldn’t have imagined. As danger mounts, Beckan finds herself caught between her loyalty to her friends, her desire for peace, and a love she never expected.

This stunning, lyrical fantasy is a powerful exploration of what makes a family, what justifies a war, and what it means to truly love.