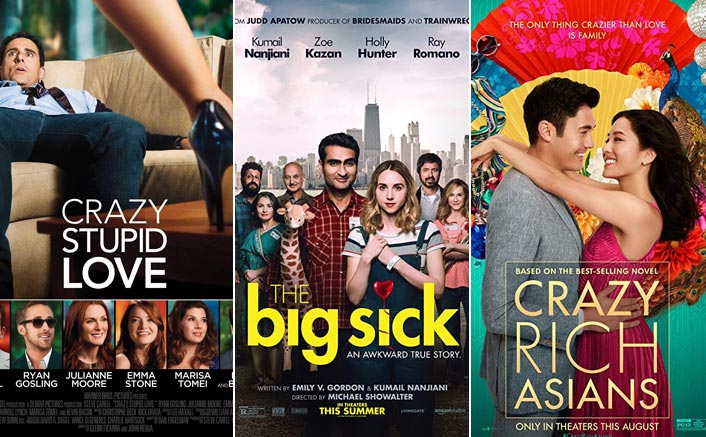 Continuing our 10/10 celebration, we are here with 10 best Hollywood’s romantic-comedies of the last 10 years. While Sci-Fi and the art house cinema continues to be the marvel they are for the messaging and cinematic brilliance; no one can deny the fact that romantic-comedies have a significant share in entertaining us too. Hollywood every year, churns out a plethora of films that also includes rom-coms that we enjoy at our leisure. In the decade that’s gone we came across some iconic actors taking up beautiful roles and acing them with their talent.

Be it Ryan Gosling or Jennifer Lawrence they have managed to revive our interest in the films we could watch with a coffee or a tub of popcorn. Or just laze around with you better half on the couch that is in front of the ten. Or for the new normal bring your screen to the couch you want. We at Koimoi list 10 top picks in the Hollywood Rom-com genre of the last 10 years:

It’s about two halves striving to be one. Bradley Cooper and Jennifer Lawrence star in this rom-com about two strangers meeting and fixing each other. After his stint in the medical institution Cooper is trying to get his life back on track, he meets another messed up human in Lawrence and the ride begins.

Bridgerton: Assistant Director Shares BTS Photos Which Work As A Portfolio To Grab All The Make-up, Hair & Costume Awards There Are!

How can talk about Hollywood rom-coms and not mention her warm musical that can fit into any subsection of romance. Starring the prettiest eyed Ryan Gosling and the why so adorable Emma Stone, La La Land directed by Damien Chazelle is about a pianist and an actor falling in love. Careers come in between and life happens.

Since we have set out on a journey with Ryan and Emma already, let’s also mention this gem. Starring Steve Carell and Julianne Moore with the two, Crazy, Stupid, Love. Is about a mid aged man learning the tricks of young life from a friend he finds in a bar after his wife asks for a divorce.

Enough Said is for all you souls finding a hook in you late 40s. When a divorced woman (Julia Louis-Dreyfus) falls for a uniquely charming man, she gets to know he is her friend’s ex-husband. Together they explore life, love and give us some cute humour with this Hollywood outing. This is also James Gandolfini’s last film before he passed away, and one of his finest.

If there was a checklist to qualify for a rom-com, Always Be My Maybe would pass with 10 on 10 ticks. Randall Park and Ali Wong’s chemistry is a scene stealer in her. Also starring Keanu Reeves in an unusual part and making him do things people used to with the John Wick universe can’t even imagine is a treat.

Hollywood stars Aston Kutcher and Natalie Portman back in 2011 showed the gen z way of dealing with breakups. Adam after a breakup gets into a strict ‘Friends With Benefits’ relation with Eva. But when love enters the equation, things take a turn for the worse.

Emily V. Gordon and Kumail Nanjiani’s writing in The Big Sick turns out to be the real winner. A very unconventional tale starring Kumail and Zoe Kazana about love longing and humour that runs too strong in the film that has the highest revisiting value.

This is a Chris Rock show and he owns it. Written, directed and acted by Rick the film also stars Rosario Dawson. Chris plays Andre who is an actor and given an interview to a journalist, who he falls in love with. Hollywood’s Top Five has a lot to offer and it is difficult to summarize it in few words.

It is a blind date gone wrong. Man Up stars Lake Bell and Simon Pegg. The film follows a single 34-year-old woman (Bell), misunderstood to be a stranger’s blind date finds love in the most unexpected situation. It’s a 40-year-old divorcee Bell.

Constance Wu and Henry Golding starrer Crazy Rich Asians conveniently skips the part where generally Hollywood rom-coms begin, falling in love. Here the families are being impressed so as to lead to the D-day, wedding. Its fun and all kinds of excitement.

Stick to Koimoi for more!

The post 10 Best Hollywood Romantic-Comedies Of Last 10 Years: From Crazy, Stupid, Love To The Big Sick appeared first on Koimoi.