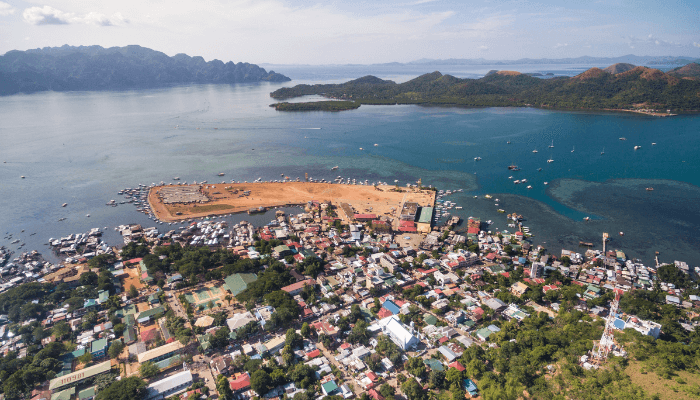 10 Major Facts About Sulu Sea You Must Know 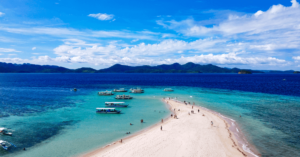 On its eastern side lie Panay and Negros, while the southeast side is enclosed by the Sulu Archipelago and Mindanao, which separate it from the Celebes Sea. Borneo is located to its southwest and Visayas towards the northeast. Let us explore 10 interesting facts about the Sulu Sea.

1. The Sulu Sea is a water body of the East Indian Archipelago

The waters fill a downfaulted block which is more than 18,000 feet deep in some places.  The fracture line diving the water body from the northeast to the southwest is prominent by coral atolls enclosing the Mupan island group and a few other islands, including the Cagayan Sulu.

According to the International Hydrographic Organization (IHO), the Sulu Sea is one of the waters of the East Indian Archipelago. Pacific waters flow into the sea in northern Mindanao and between the Sangihe Talmud islands and north Sulawesi.

2. One of the smallest marginal basins of the western Pacific

The Sulu Sea and its nearby sea basins, including the Celebes Sea and the South China Sea Basins, are positioned amidst the Eurasian, Philippine Sea, and Indo-Australian plates. The formation and closing of these basins represent the ultimate tectonic episode of the Neo-Tethys ocean that distinguishes the northern and southern continents. However, when these basins attained their present-day form remains an enigma.

The basins are surrounded by ridges that run parallel to the basins. They are lined with coral reefs, restricting water mass circulation among the three water bodies.

There are disputes regarding the formation of the Sulu Sea. The popular belief is that it was created by the northwest dipping Celeb Sea subduction around 21 million years ago due to the collision of the Palawan Continental Terrane and northern Borneo-southwest Philippines. Its basin continued to expand till 9 million years ago. Its subduction occurred along the Negro-Sulu Trenches and rose to volcanism around 3.5 million years ago.

One of the smallest marginal basins in the western Pacific, the Sulu basin stretches between the Visayas Archipelago, Sabah, and Borneo. It is 400 kilometers wide and divided into two subsidiary basins by the Cagayan Ridge.

It is deficient in oxygen and allows experts to study sedimentation and the effect of sea-level changes over a relatively long period. Evidence suggests that the latest Cenozoic could have recorded a lowering of water levels. Similar conditions prevailed in the tertiary period, resulting from local collisions of arc terrane with China’s continental margin.

The water temperatures and the marine ecosystem provide favorable conditions for the growth of commercially viable fish species. Large populations of yellowfin, big-eye tuna, skipjack, crabs, shrimp, etc., are found in Sulu Sea waters. The fishery productivity of the coral reefs is quite high, and individual coral reefs yield between 4 to 35 tonnes of fish per kilometer square annually. Hence, the annual harvest easily touches a billion US Dollars, providing livelihood security to millions of fishers and their families. 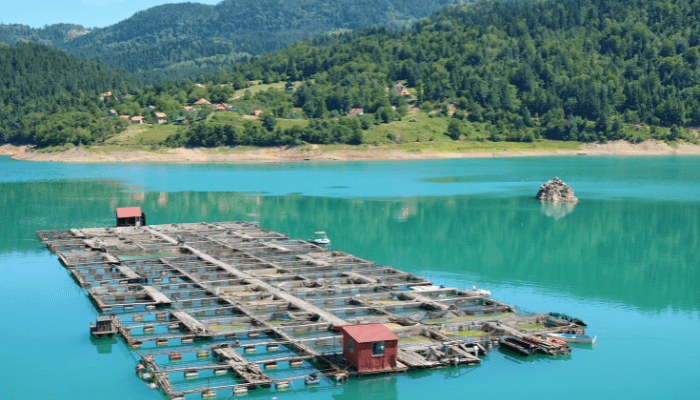 High-value fish products are usually exported to international markets. Live fish and aquarium fish are usually shipped to Hong Kong and China. Coral reef fish support artisanal fishers, and aquaculture of mussels, prawns, seaweed, and oysters is also increasingly practiced in Indonesia, Malaysia, and the Philippines. These are usually transported to European nations.

Excessive and destructive fishing is a major issue in the Sulu Sea since it is a preferred point for illegal fishers, smugglers, and even Pirates.

4. One of the world’s most diverse marine ecosystems

The Sulu Sea boasts one of the world’s most productive and diverse ecosystems. Sulu-Sulawesi Seascape is shared by the nations of Indonesia, Malaysia, and the Philippines, who are also responsible for its conservation. Lying in the northern portion of the Coral Triangle, it is popularly called the center of the world’s marine biodiversity.

It is home to South Asia’s largest green sea turtle population. It also contains vibrant tropical marine habitats like coral reefs surrounding the islands, seagrass meadows, and South Asia’s largest and most intact mangroves. New species are still being discovered in the marine hotspot. Colorful reef fish, turtles, manta rays, and sharks are the majestic animals in its waters.

The region’s complex oceanography has given birth to unique features like the jellyfish lake in Kakaban, Derawan Islands, and the underground river at Palawan. These ecosystems nourish biodiversity, including 2000 species of fish, around 400 kinds of marine algae, 33 kinds of mangroves, 16 types of seagrass, and 400 species of corals.

Additionally, five of the seven sea turtles are found in the Sulu sea, including 22 mammal species, the threatened Dugog Duggan, and the Irrawaddy dolphins. The waters also contain prehistoric coelacanth species.

About 40 million people on the Sulu Sea coasts depend on its marine resources for food, livelihood, and protection from natural disasters like storms and tsunamis.

An increase in world population impacts the environment by placing greater stress on the given resources. It translates to food shortages, declining fish population, and poverty for groups dependent on marine resources. This is a consequence of excavations, dredging, and shore conversions. 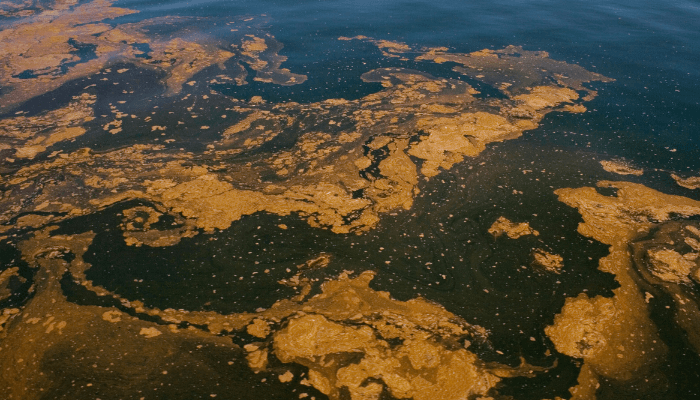 Unsustainable fishing practices have rapidly declined commercially significant fish species in the past few years. It has compromised reef health, damaged coastal habitat, etc. Also, corals and coral stones are mined despite laws prohibiting the same. These are illegally smuggled to Europe for the aquarium industry and other uses.

Pollution is the biggest problem. It includes direct sewage discharged into the waters, waste disposal from commercial ships, industrial toxins, and sediments. Almost 70 percent of waste discharged into the sea is untreated. Siltation is a consequence of deforestation, and run-off from agricultural activity also threatens reef systems. Global warming hit many reefs in 1997-1998, and many colonies died of bleaching.

Several marine protected areas or MPA’s have been established by stakeholders. Many non-profit organizations such as Conservation International and WWF have also worked in the region for over a decade.

They have focussed on building capacity and necessary skills for conserving the areas while trying to find livelihood solutions for local communities. Additionally, WWF pioneered an ecoregion conservation program that involved almost 300 people and groups from three nations representing regional bodies, scientific institutions, and other NGOs to save coral formations.

Key sites where such conservation programs have been implemented include the Tubbataha reef and the Bunaken Marine Park. 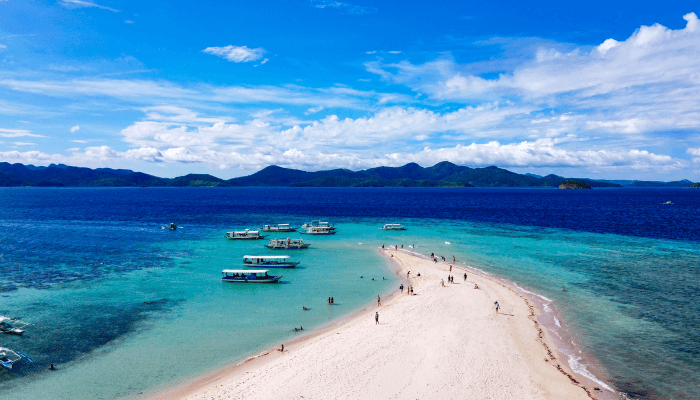 Sulu sea hosts famous resorts, hotels, and shore excursions that draw tourists worldwide. It is a haven for scuba divers, snorkellers, and other water sports enthusiasts. Also, this region has the highest population density globally, and around 60 percent of this density is concentrated in coastal areas. Tourists can go island hopping in the popular Panglima Tahil or visit the Lahat-Lahat island. The Rahmat Drive and Silungan Island are pretty crowded during the peak season.

8. The Sulu Sea has a tropical monsoon-type climate

The sea experiences a tropical climate with a winter season prevailing from November to April and the wet summer season extending from May to October, with a few dry days. Summers are usually calm and rainy; winters are snowy and windy.

The coastal areas remain cloudy most parts of the year, and the temperature varies from  -3°F to 62°F and rarely goes below -9°F or over 65°F.

The wind system is heavily influenced by the East Asian Monsoon System. The area witnesses northeasterlies in winter and south-westerly in summer months and varies during the transitional period.

Most of the rainfall is recorded during the summer monsoon. However, the strongest winds during winter also bring considerable rain.

The Sulu Sea is a significant waterway enabling shipping trade to and from South East Asia to Europe, the Middle East, and Africa. Its coasts are endowed with 19 ports, some of which are the busiest in the region.

One such port is Jolo, situated on the northern coast of Jolo island, amidst Mindanao island and Sabah in Malaysia. It ships copra, seaweed, fish, and hemp. The port also handles RORO and passenger vessels from Malaysia and neighboring islands. 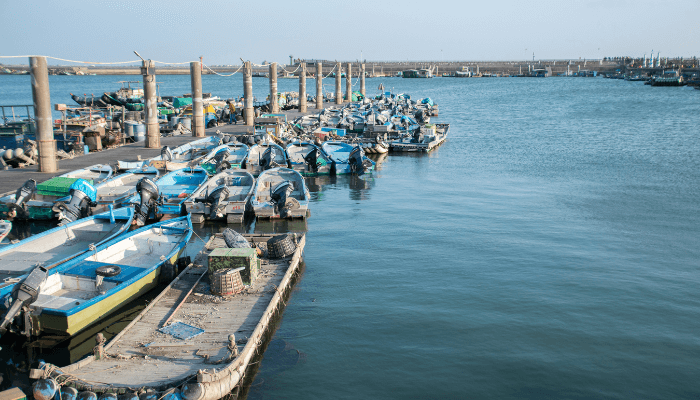 The Sulu Sea has been a hotbed for maritime crimes, including kidnappings and piracy, since the 16th century. Spanish were the only Europeans who suffered substantial financial losses during the colonization of the Philippines. Also, the prolonged wars between the Moro people and the Spanish crown led to the growth of piracy in the Sulu Sea, and it went unchecked till the 20th century.

Even after the second world war ended, piracy remained a major issue. Many organizations were formed in the 1960s that resorted to maritime crimes to finance their insurgencies in the region. Hence transborder crimes became commonplace.

One such incident that comes to mind is the 1985 attack by Filipino pirates on the small settlement of Lahad Datu, on the eastern shores of the Malaysian state of Sabah, which killed 21 innocent people.

Disclaimer: The authors’ views expressed in this article do not necessarily reflect the views of Marine Insight. Data and charts, if used, in the article have been sourced from available information and have not been authenticated by any statutory authority. The author and Marine Insight do not claim it to be accurate nor accept any responsibility for the same. The views constitute only the opinions and do not constitute any guidelines or recommendations on any course of action to be followed by the reader.

The article or images cannot be reproduced, copied, shared, or used in any form without the permission of the author and Marine Insight.

10 Major Facts About Sulu Sea You Must Know