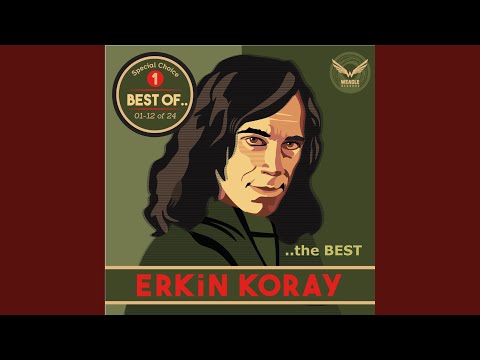 10 Tracks with Nada, the genre-defying conjurers of lost eras

10 Tracks is a new series of interviews with artists, producers, and personalities. We unearth songs that bookend or encapsulate various stages of their careers, from their formative years to their later-day activities.

NADA is a Singaporean visual arts & sound project developed by Rizman Putra and Safuan Johari that blurs the line between fiction and reality, summoning hauntological soundscapes and seeking lost futures.

Their live performances have always been a highlight at arts events — featuring reworkings and samples of Malay and Southeast Asian traditional and popular music from the 1950s to the 1980s, combined with dance and heady visuals.

The duo is part of the artist line-up featured in Life in a Cloud, a digital playbook curated by Natalie Hennedige.

It features creations from seven prominent artists — across seven different disciplines — creating intimate 5-7 minute video chapters that offer viewers insight into their artistic geneses and creations born out of this time of pandemic.

Listen to our full interview in our 10 Tracks podcast on Spotify, and read their picks below.

Safuan: It was sometime in 2014. We were at my place trying to figure out how we could do NADA musically to accompany the visual art piece we were exhibiting. This was one of the first tracks I pulled out.

I then played Gonjasufi’s ‘Kobwebz’ and explained to Rizman how we could adopt such a sampling technique and he can just sing over it. It was the start of it all, I guess. After that, we started picking out old songs from Southeast Asia and fleshed out 4-5 songs within weeks.

Rizman: It’s the ‘60s in Singapore, at the height of Pop Yeh-Yeh. These guys were playing songs in Baweanese and this particular one hit the charts in Germany. True story!

The NADA world is built on fabricated history and mythologies. We are like pranksters who are constantly pulling the audience’s legs with our ideas and creations. But the fact that The Swallows actually existed and left their mark globally with their own brand of hedonistic sounds, it’s mind-blowing.

Safuan: It’s a golden nugget of history which I’m always proud of. But sometimes I wish it’s make-believe fake info we thought of.

Safuan: Personally, the musical lens of NADA would not have been possible without the mention of either Richard Bishop, Alan Bishop, or the band they used to be in, Sun City Girls.

Eclectic is one of the most overused and abused terms in music and music journalism these days. Whenever I’m going through periods of self-doubt, I will just go back to any of their works. Through their works, they have also taught me how to appropriate the music of others with respect while pushing the envelope to make it your own.

It’s always a delicate balance, especially when it involves the historical culture and heritage which are not ours, i.e. sampling a Thai song or adopting an Ethiopian musical scale.

Rizman: This is a perfect example of what used to be a guilty pleasure but then became a staple to listen to after we started NADA. Once, we were in a dressing room and for some weird reason, a transistor radio was blaring one of the Malay channels.

This song came on, we started singing along and discussing how musically rich the track is. It was one of those moments of realization that cemented the idea for us to rely on our own idiosyncratic thoughts or gut feel for whatever we are doing.

Safuan: With NADA, it’s always important to have a specific imagined world in mind whenever we are creating or performing. Guess What is one band I look up to when it comes to this methodology.

This song is from an album of the same name where they paid homage to Muḥammad ibn Mūsā al-Khwārizmī, a Persian polymath from the 8th century who produced influential works in mathematics, astronomy, and geography. Through the album, they painted their own magical world just via music, of what it could have been during Al Khawarizmi’s time.

They did the same thing on an earlier album. This time, it was a musical portrait for Yuri Gagarin, the Russian astronaut who was the first human to journey into outer space.

Rizman: Mulatu Astatke and Ethiopian jazz, music from a faraway place, yet it sounds like home. There’s just something about it, especially this version by Dengue Fever, an American band that does Cambodian rock covering an Ethiopian piece. The idea of global mish mashing or cultural clashing is always fascinating. Whenever we run out of ideas, the first thing we go to is “what if we combine ________ with ________”.

Safuan: This song was also featured in a Jim Jarmusch film, Broken Flowers. The deep, dark, and absurd worlds he’s created through his films is another source of inspiration for us.

Rizman: We are fans and friends of the band so we are probably biased when it comes to this. The 90s were our formative years when it comes to experiencing music — going to gigs, buying demo tapes, the full works of exploring music pre-internet.

Though we only met slightly later, with NADA forming a couple of decades after, it won’t do any justice if we didn’t include a Singapore-made track from back then.  And this is something special from such a great album.

Safuan: It’s the least celebrated song which deserves more attention (‘Venus with Braces’ too). The guys made do without their signature jangling guitars, experimented with electronics, and kept it minimal.

Safuan: The past year or so, especially when the pandemic started, I grew tired of recreating nostalgic sounds or just the idea of nostalgia in general. I wanted to look ahead instead of immersing myself in the past, now more than ever when the future is so uncertain.

I started thinking about how we can create a NADA world that is undeniably futuristic but still strongly echoes a sense of a cultural past. While searching for points of reference, I came across the works of Sote, one of Iran’s foremost experimental composers and sound artists.

The way he blends Persian music with electronics opened new doors for me. It’s definitely a trajectory we want to pursue right now.

Safuan: We have always kept our ears close to the sounds coming out from the thriving scene in Yogyakarta. This Y-DRA output by Yennu Ariendra is something I can’t stop listening to the past year.

He managed to twist the happy celebratory sounds of the masses that are dangdut koplo into something dark, brutal, and still danceable (somehow).

Gems like this serve as a constant reminder to us on how malleable music or genres can be. It’s really up to our imagination to where we want to bring it to.

Rizman: It’s only fair to end this with a crowd favourite. It’s the only song we’ve actually sampled in this list. ‘Kudaku Lari’ is an ecstatic number that can take you places.

For us, we like to have random conversations which involves concocting unbelievable scenarios where the Malay music world collides with the realms of our other music influences.

When we decided to sample this, we fantasized about a version that can be played at the infamous Studio 54 in New York and how it replaced Donna Summer’s ‘I Feel Love’ as the anthem for the era.

Safuan: Basically, this is how NADA works behind the scenes. Instinctively we just rely on the cultural references we share and grew up with, use them as shorthands to communicate ideas between ourselves, have a good laugh about it, and then we get to work.

Check out NADA’s Nyata & Mimpi (Reality & Dreams) by Nada over at Life In A Cloud here.

Listen to all tracks from this list in a Spotify playlist below.

10 Tracks with Nada, the genre-defying conjurers of lost eras