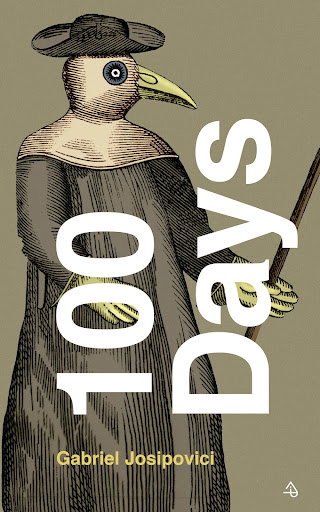 This week's blog is taken from the foreword of Gabriel Josipovici's new collection 100 Days, which is published this month. We're launching the book next Wednesday, 20th October, with Marina Warner. Find out more and register for tickets here.

When I learned that we were going into lockdown I decided I mustn’t fritter away the unexpected gift of a bracket round life which the virus had imposed on us. What I needed, I felt, was a project which would be absorbing yet not too demanding, partly because anything really demanding, like getting down to a novel or even a short story, would probably be impossible for me in a time of extreme anxiety and uncertainty; and partly because such a task, were I to attempt it, would, I knew from past experience, make me an extremely difficult companion to be with and I did not want to inflict this on my partner. I decided then that I would keep a diary for a hundred days and that I would follow this every day with a short thought or memory, one a day, connected to a person, place, concept or work of art that had played a role in my life. These could not, in the nature of it, be perfect little essays or perfectly rounded autobiographical fragments, but rather a way of talking to myself in order to arrive somewhere I could not have arrived at without the day’s work. And a hundred days, I imagined, would probably take us to the end of, or perhaps a little past, the lockdown.

Vaguely recalling Tony Rudolf ’s delightful memoir of his early years, The Alphabet of Memory, I also decided that I would allow the alphabet to trigger these thoughts and memories. Despite the fact that as a constraint this was fairly weak, since I would get to choose what topics to write about under each letter, I thought it might push me to revisit areas I might not have thought of had I written either randomly or chronologically. It might also, I thought, be interesting to see what sorts of juxtapositions the alphabet would throw up. And this indeed proved to be the case. I would not have thought of writing about Agami, the little resort near Alexandria where foreword as a child I had spent a happy fortnight, or Zazie dans le métro, had the alphabet not nudged me in those directions.

I also decided that I would not write about any topic I had covered at length elsewhere, so Ivy Compton-Burnett but not Proust, spirals but not touch. I had no idea if my alphabetical list of subjects would take me to the end of the hundred days I had allocated to myself but I felt I should leave this to chance. I scribbled down a provisional list of items and every afternoon when we returned from our daily walk on the Downs I would sit down with a cup of tea and look over the list and add or take away a topic here or there. As it happened my alphabetical thoughts and memories came to an end with Zoos on 26 June, ninety-seven days after I had started. And around that time the Government announced that there would be an almost complete easing of the lockdown restrictions on 4 July even though none of its own criteria for doing so had been met, so my hundred days was a pretty accurate forecast of the length of the lockdown.