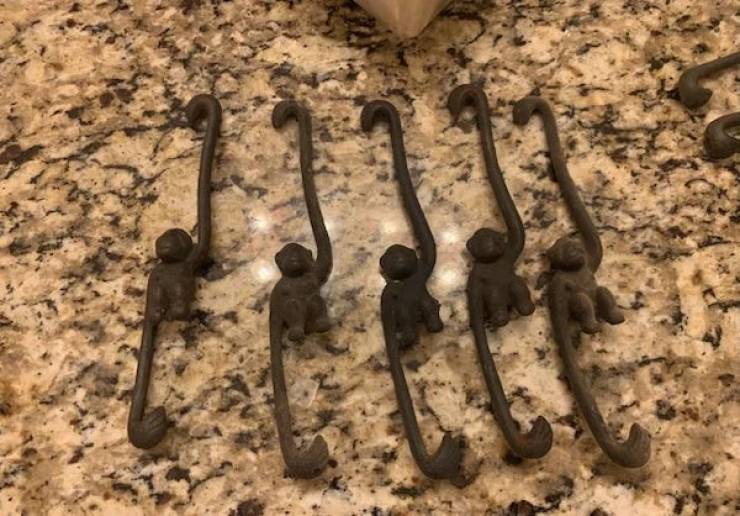 “I found these in my grandmothers house (germany), they are made of thin glass. Unfortunately there is no box cover explaining what they are..” 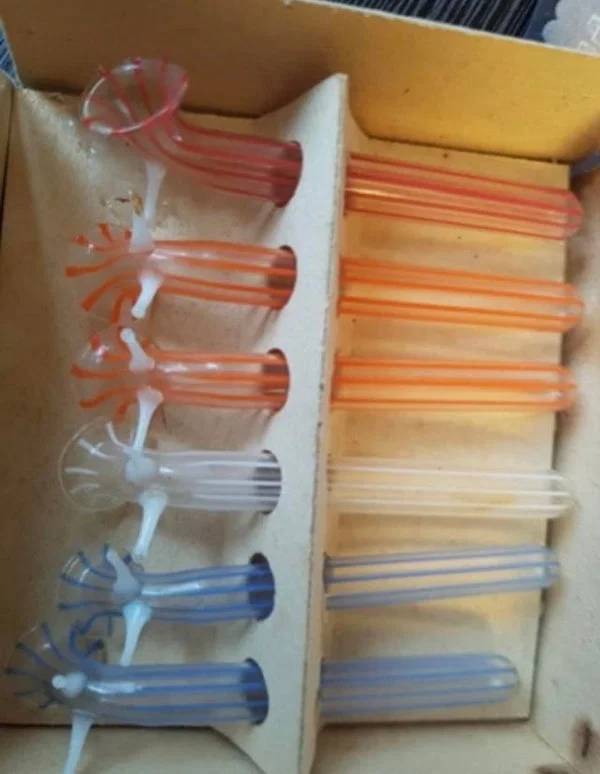 A: “They are for flower decoration. One singular flower goes in the tube. There is probably a stand for them somewhere around, but some people like to stick them in foam together with other decorations, or in pieces of driftwood with holes drilled into them, or even into other flowerpots.”

“What is this thing I saw above a bus station in Germany?” 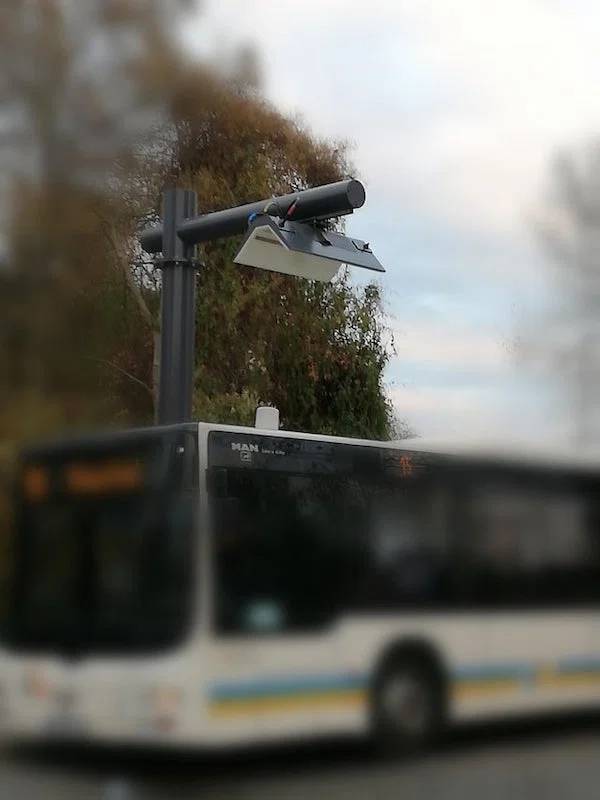 A: “It’s a charging station for electric/hybrid busses. They usually put these at the station where the line terminates, so the bus can sit and charge for the 10-15 minutes before it starts its next route. At least that’s how they work in Sweden.”

“Found this in an unfinished basement of an old home. Looks like a coin but it’s hollow and opens up.” 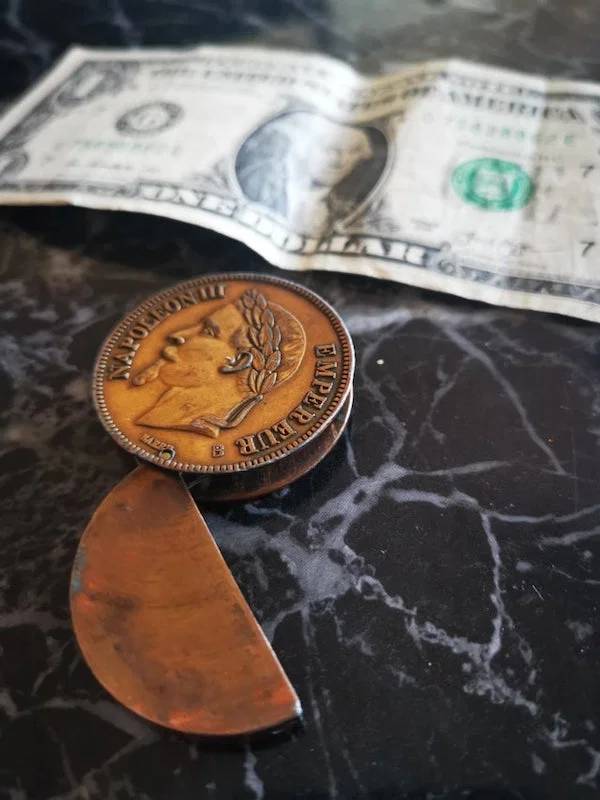 A: “Possibly was a coin lighter but now it’s missing some parts.”

“Poured a glass of water last night from the tap and left it under the light on the nightstand. The next morning, I found this floating in it. What could it be?!” 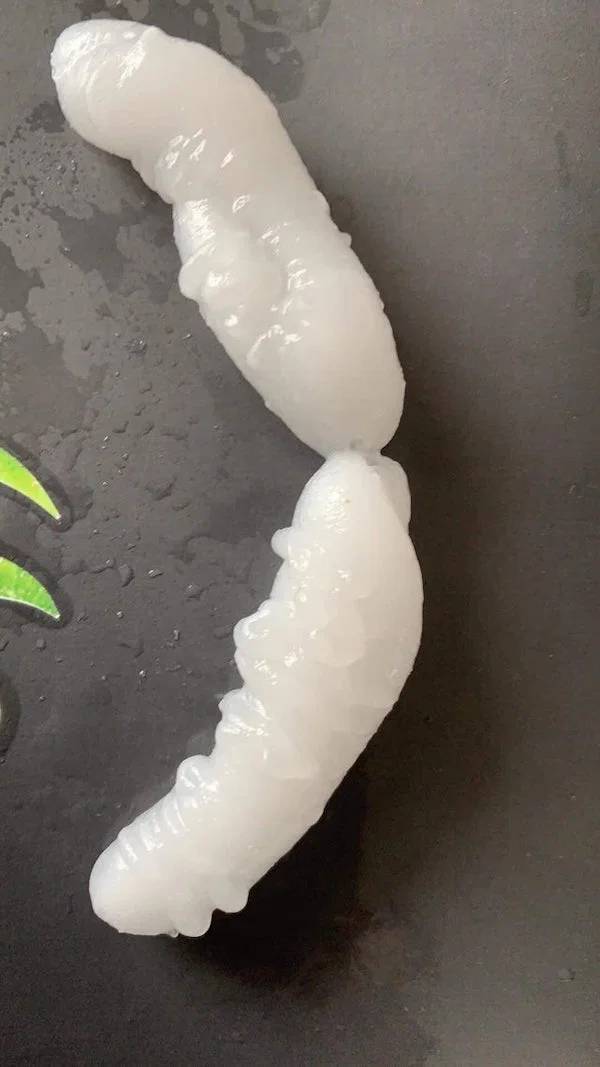 A: “It could be melted plastic residue from the light above (possibly a lampshade?) that coagulated in the water.”

“What is this hoof looking thing? Very light and feels rubbery. Found on farmland in Central Victoria, Australia.” 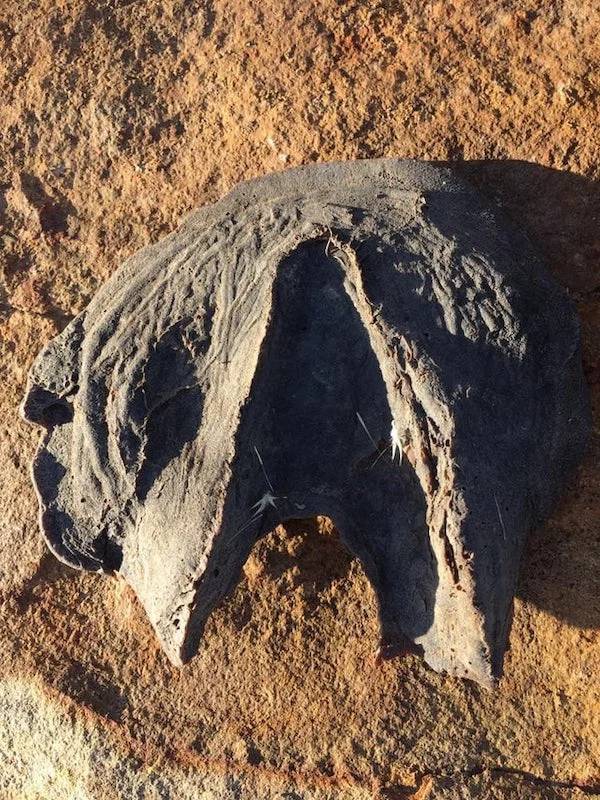 A: “I shoe horses for a living. I use a pour in pad that sets up and sort of looks like that. It is made to provide some cushion for a horses foot. When it comes off it looks a lot like that. You can see the edge around it. That is where some of the material was under a horse shoe.”

A: “Plant hangers. You can get them on Amazon for a couple bucks, search “cast iron monkey plant hanger”.”

“Small orange waxy cone in a metal circle. On the windowsill of a public bus.” 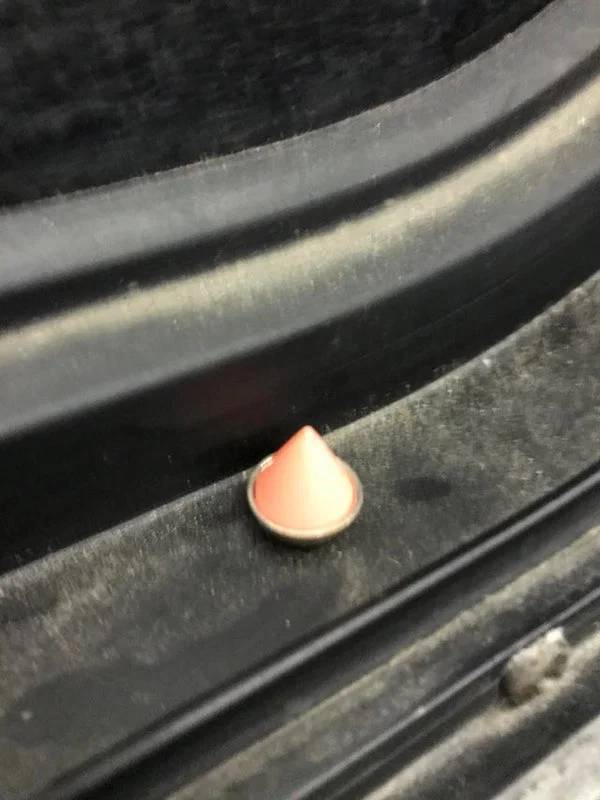 “Concrete Tube in the ground? Any ideas?” 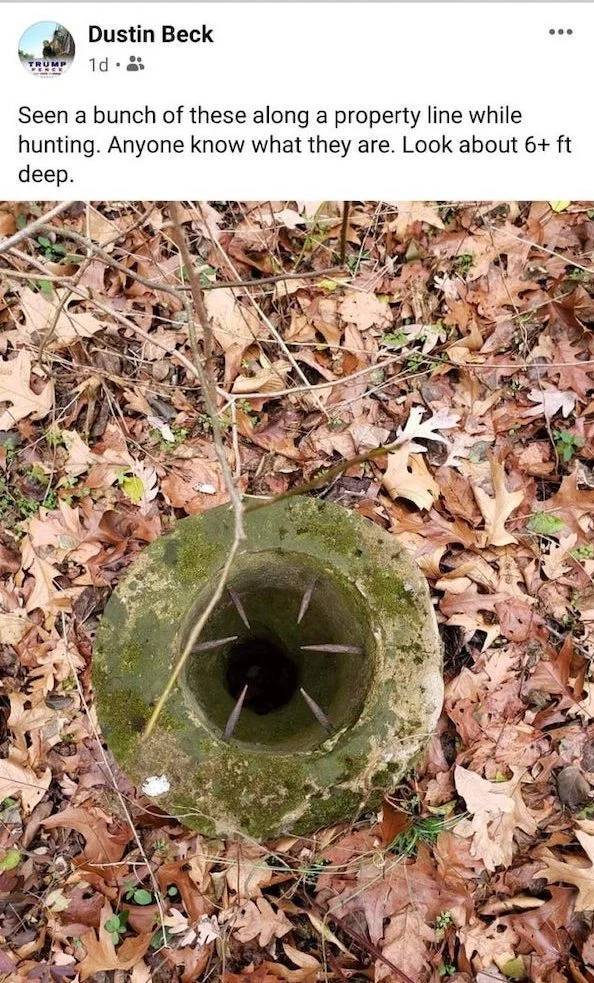 A: “They’re poachers. Flag the traps and call a Game Warden.”

“Found on a hike in CT. Had established 1901 stamped on it. Looks like it had a crank system on it. No clue.” 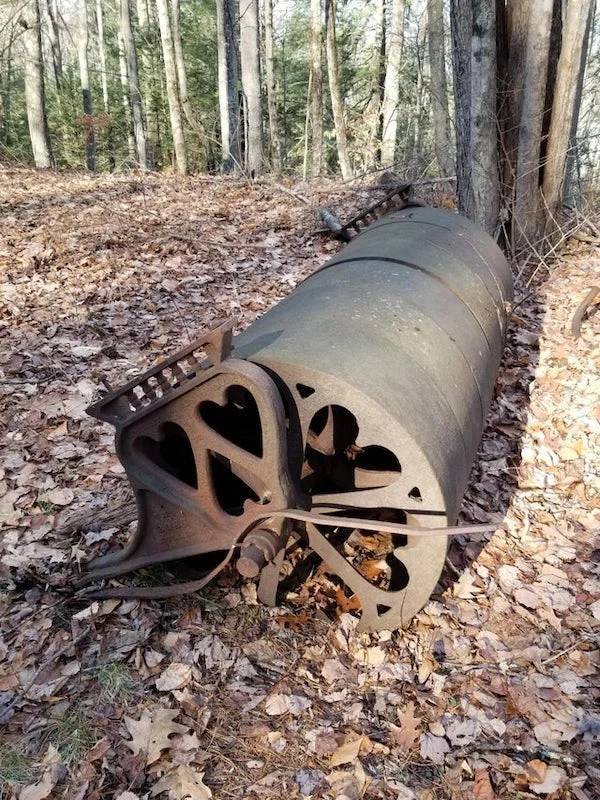 A: “It looks like you found a Heart Design horse drawn “Boss” roadway roller by R. W. Whitehurst Company of Norfolk VA.” 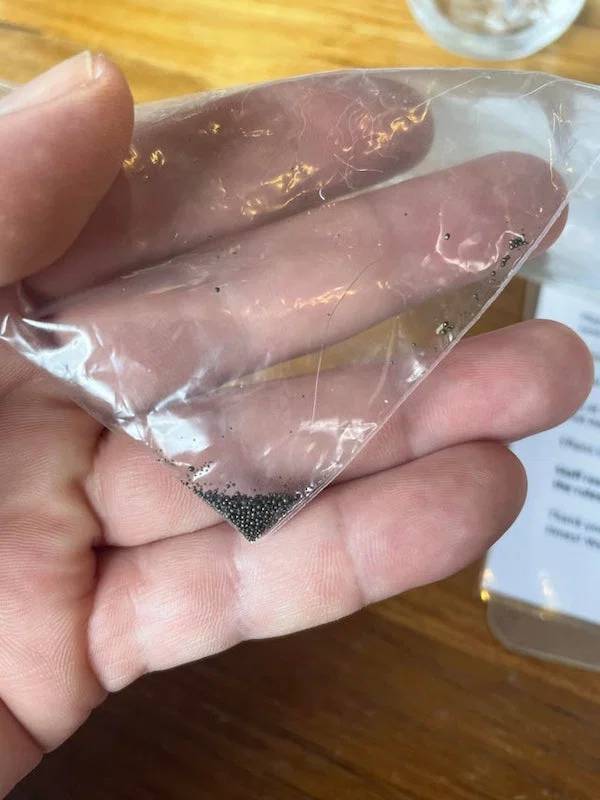 A: “Those are from the washing of the jeans. They beat the fabric up to make it soft and distressed.”

“Found in Worcestershire, U.K. 40 cm long with wooden handles and the middle is rubbery.” 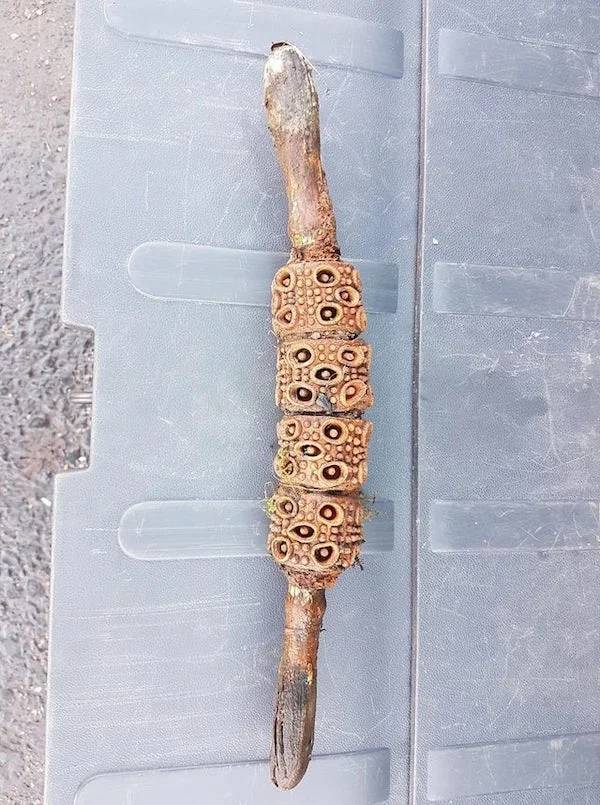 “What are these wiggly looking rods on the bucket truck (circled in red)? I think the truck was setting up to work on a traffic light.”

A: “It’s a variety of distribution or dead end grips for different sized conductors.”

“Large metal container, nearly the size of the train cart its on. Silver color.” 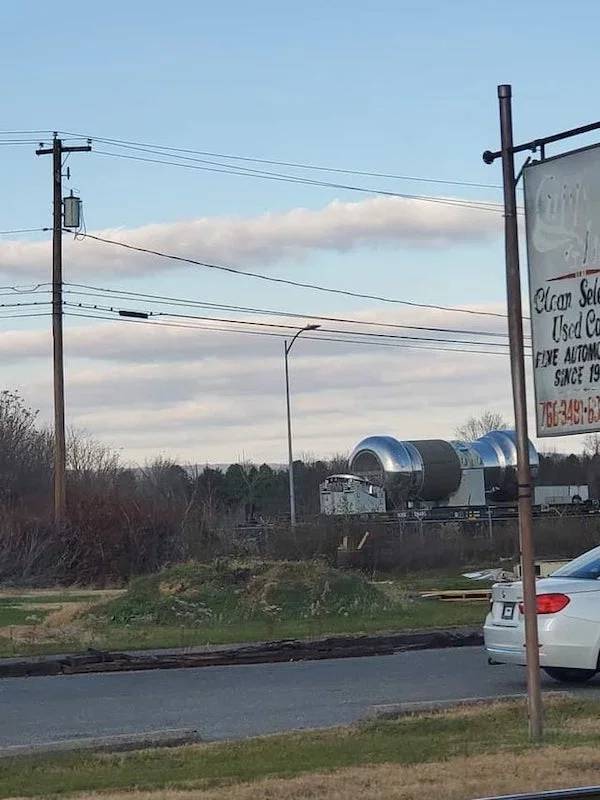 A: “It is a cask for transporting spent nuclear fuel.

“I’ve owned this for as long as I can remember. What is it?” 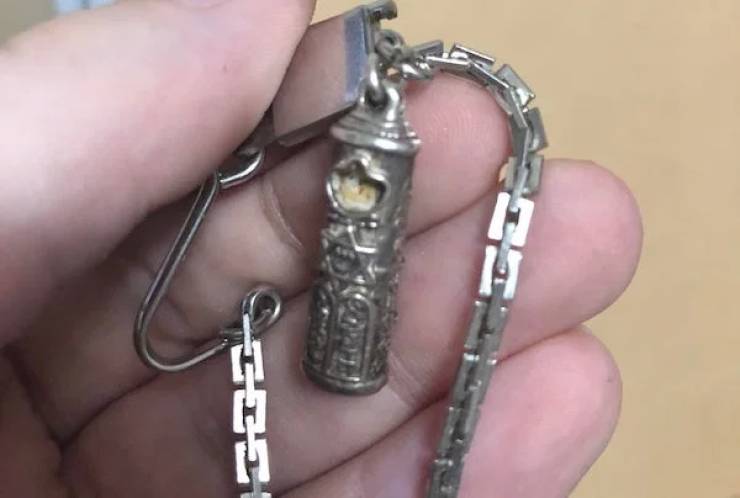 A: “It looks like a mezuzah bracelet or necklace. It holds a piece of a parchment known as a klaf, which has a verse from the Torah on it.”

“Found this in a bag of prawn crackers. It’s very hard and translucent.” 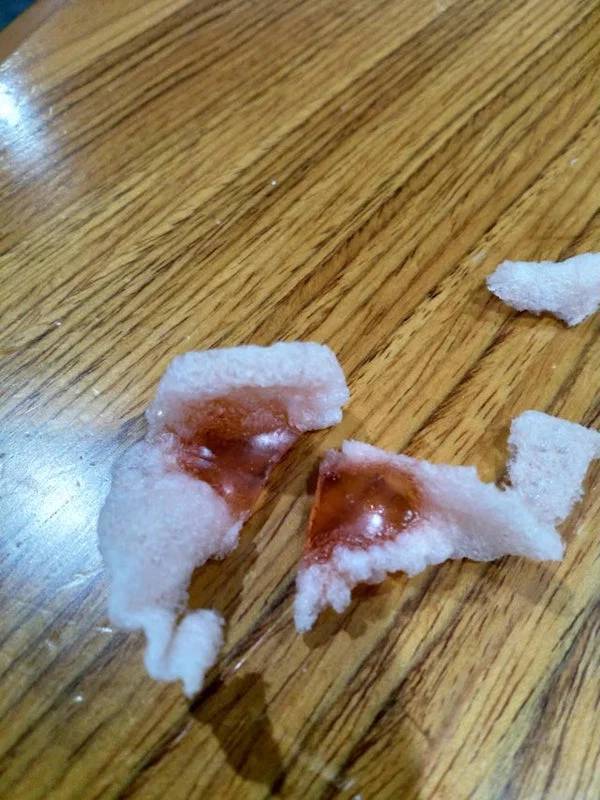 A: “That’s what prawn crackers look like before you deep fry them”

“What is this rodent that just climbed out of my toilet?” 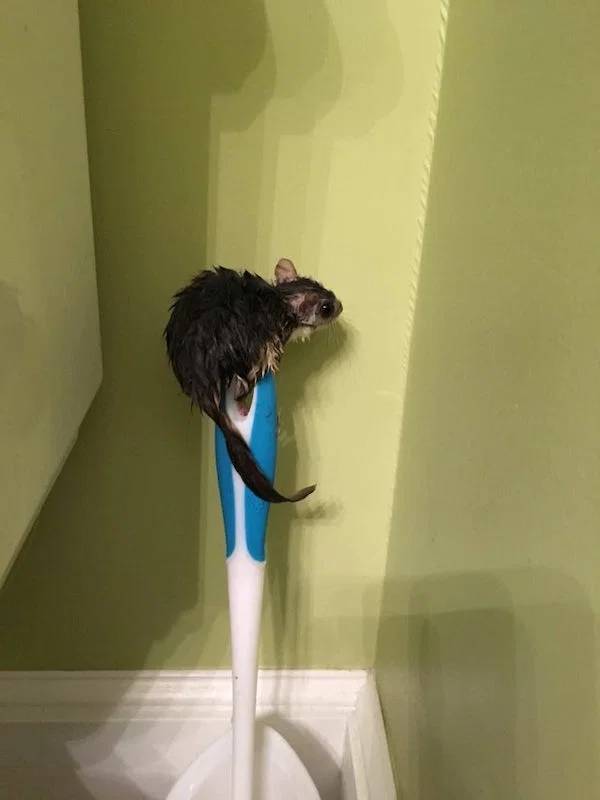 A: “It’s a flying squirrel. They’re super common in the NE but they’re nocturnal so folks don’t realize they’re around.”

“Found this among my grandma’s things. All the snowflakes go into a box, and there’s a spring clasp on the box.” 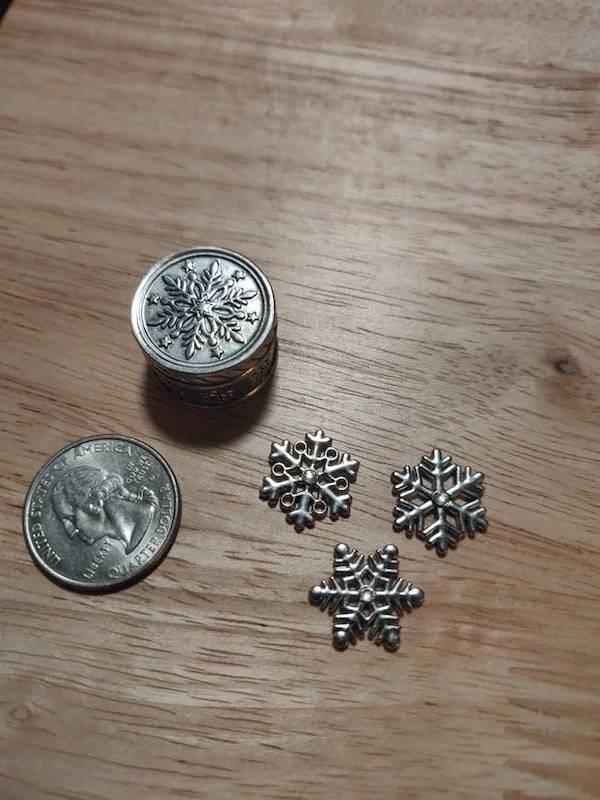 A: “These are charms symbolizing peace, love, and happiness.”

“This hollow bumpy thing was in my care package.” 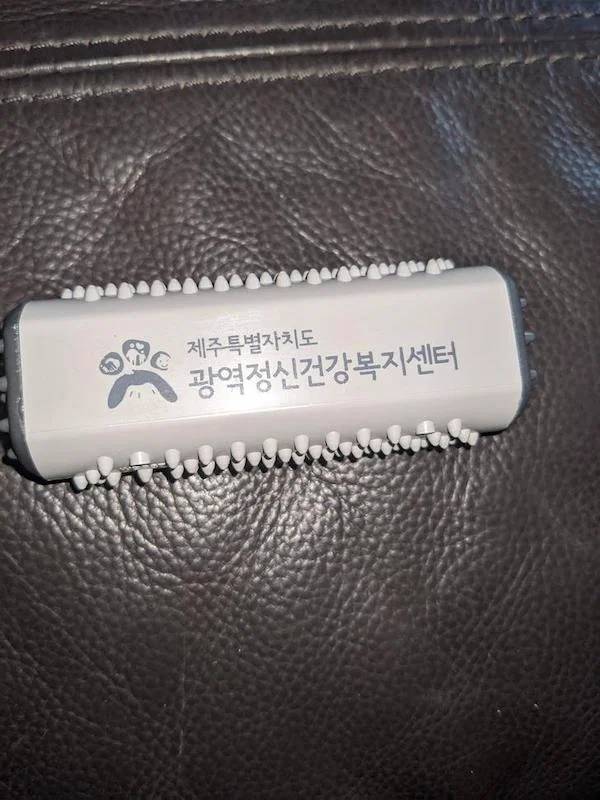 “What is this on a pillow at a hotel I’m staying at?” 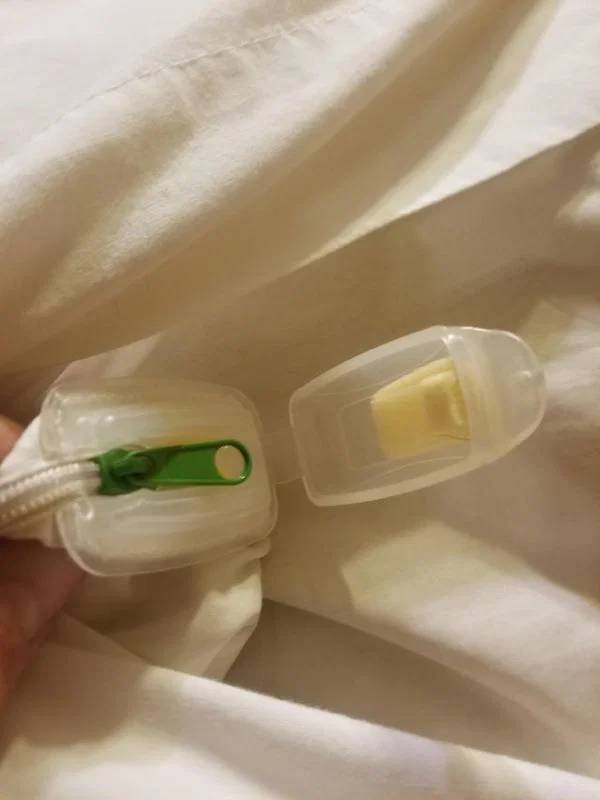 A: “It contains some chemical that repels bedbugs so they can’t get inside the pillow. Zip-N-Click provides added security by ensuring that dust mites and bed bugs cannot enter or escape the encasement at its most vulnerable point: the zipper.”

“Weird seedlike things are showing up in my roomie’s bed.”

A: “Buckwheat hulls, probably from a pillow of some sort”

“I found this squishy thing in my coffee. I don’t know what it is and I’m pretty grossed out.” 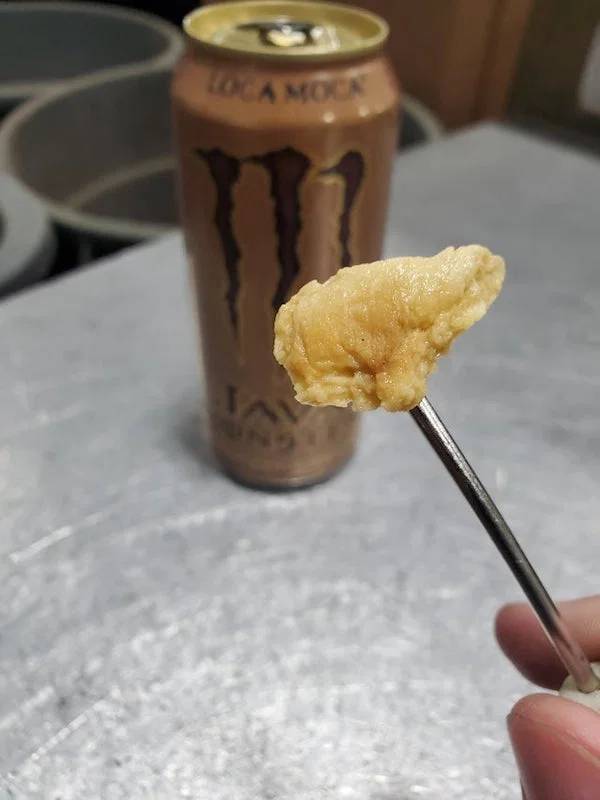 “What is this small round ’shelf’ in the old mail box?” 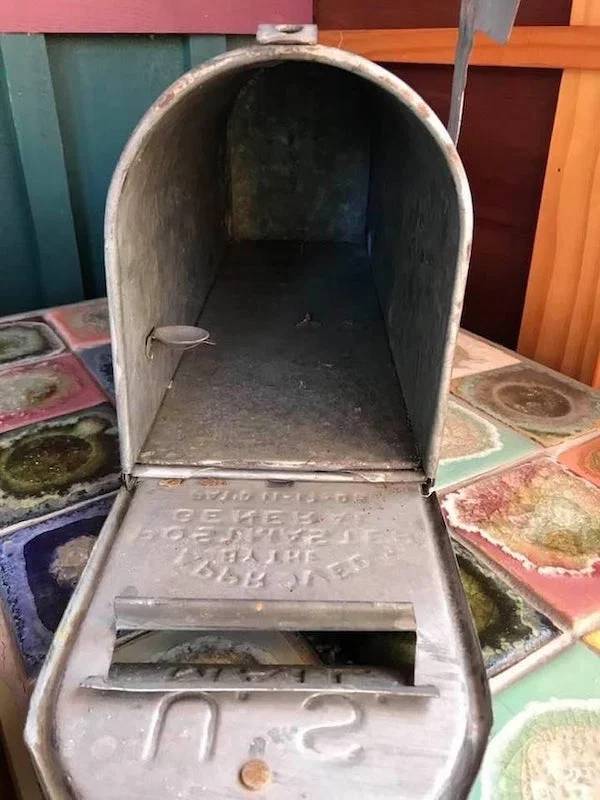 A: “It was used to leave change for the postal workers.”

The post 12 Weird Things That Only The Internet Was Able To Identify appeared first on Barnorama.