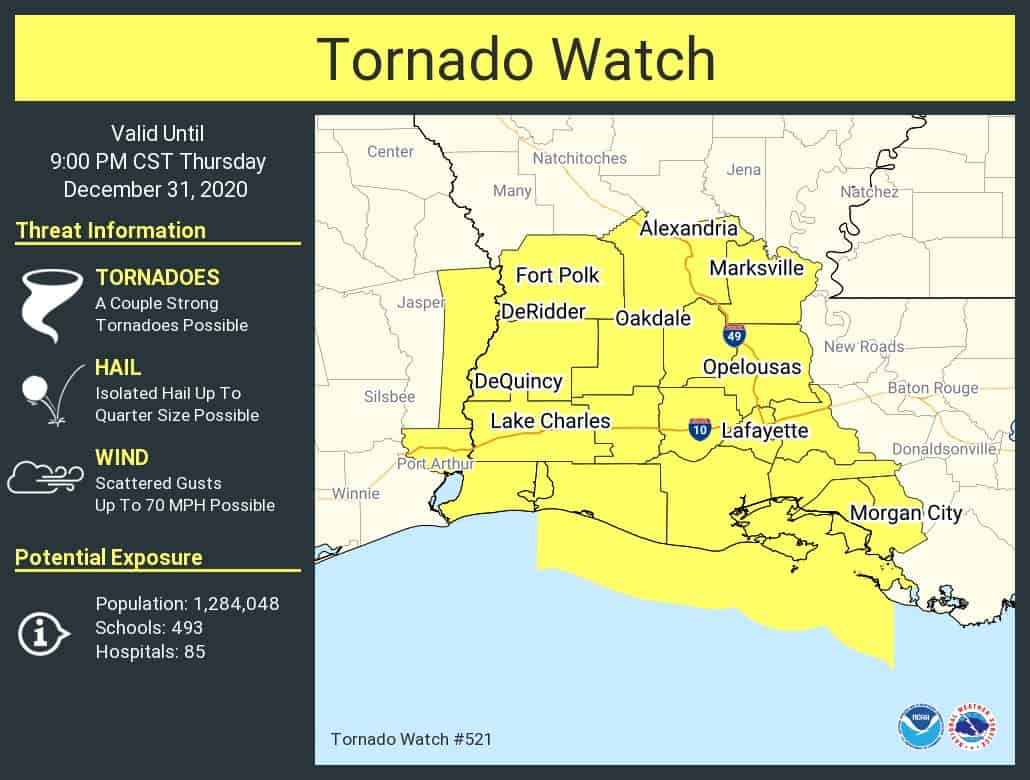 Snow is beginning to end in the Davis Mountains. Twenty-four inches of snow fell at Panther Junction in Big Bend National Park. At 1 PM, a surface low was located near Galveston. We anticipate that area of low pressure to begin moving north through the evening hours. That northward motion will start pulling heavier precipitation northward as well. Snow should end in the Permian Basin, Concho Valley, and western Hill Country by 10 PM (maybe a bit sooner).

Snow intensity will increase around dinner-time and continue through the evening in the Big Country, western North Texas, and Northwest Texas.

Precipitation in Northwest Texas (Vernon to Wichita Falls) may start in liquid form but change over to snow. Hazardous travel conditions are anticipated to develop late this evening and into Friday morning west of a Lampasas to Weatherford to Bowie line in North Texas.

Temperatures tonight will fall into the teens where a heavy snowpack exists in the Davis Mountains, Permian Basin, and Concho Valley. Hazardous road conditions (including on Interstate 10 and Interstate 20) could continue until Friday afternoon. 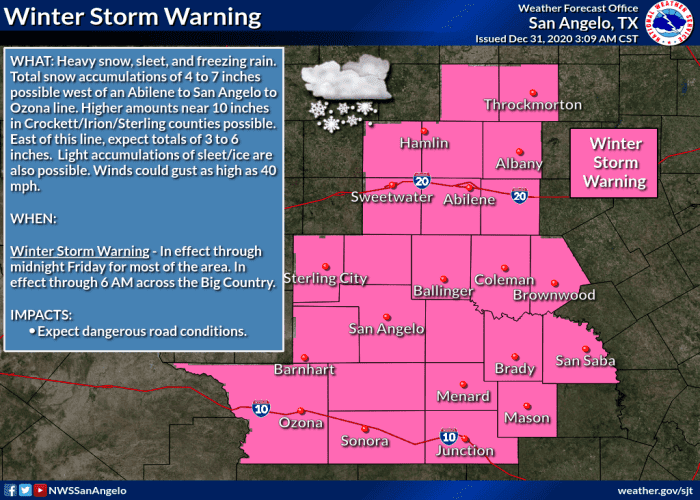 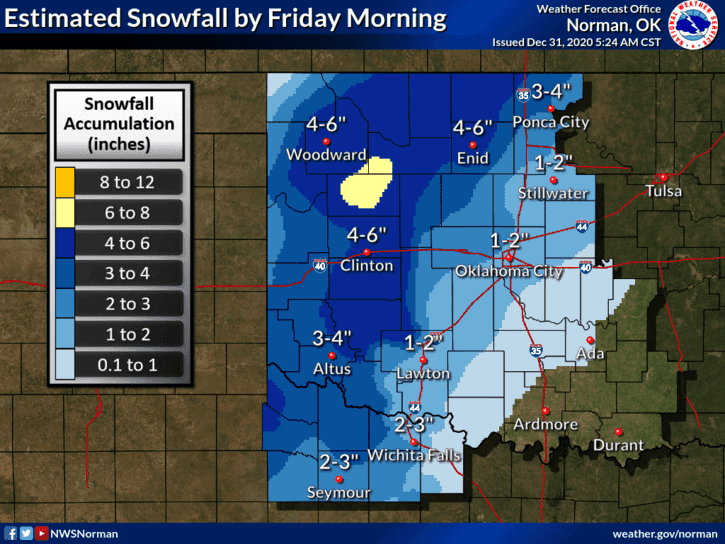 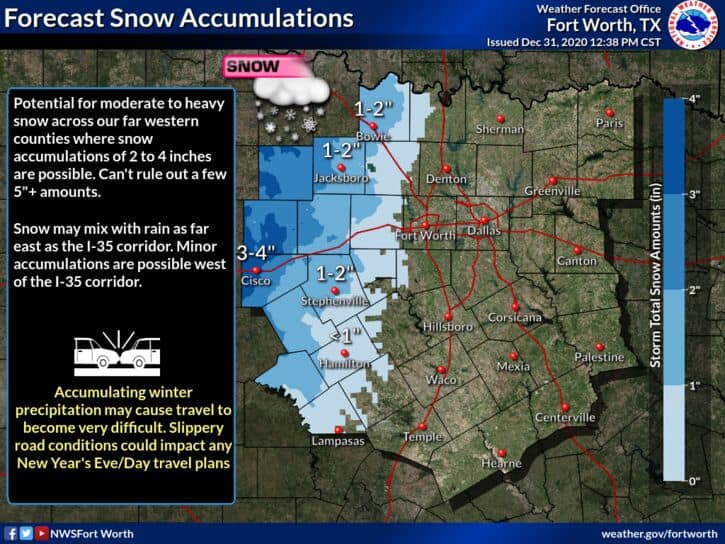 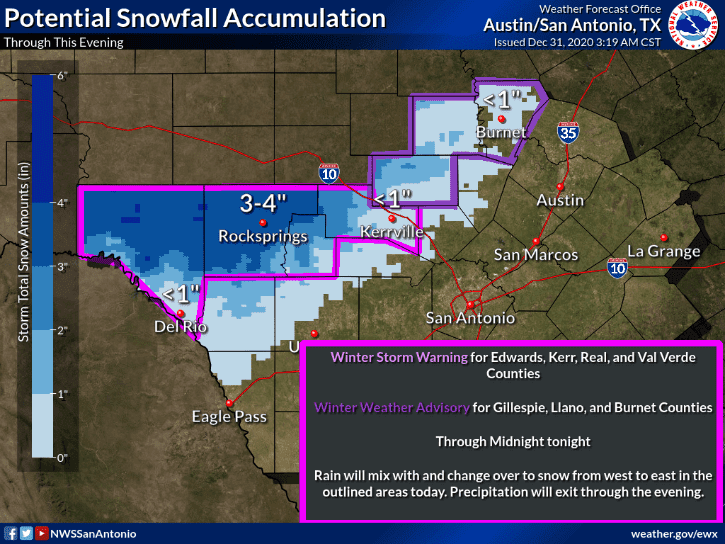 Significant impacts from winter weather are anticipated to remain just west of the D/FW Metroplex tonight. However, rain may mix with or change completely to snow in portions of Cooke, Denton, Tarrant, Johnson, and Bosque Counties after 11 PM. Another way to put it: those near/west of I-35W may have some snow tonight. Those closer to I-35E are more likely to stay rain, or at least not mix with snow for too long. We’ll keep an eye on it since we’re talking about a 30-mile distance, and Mother Nature can be a fickle thing.

On the warm-side, a tornado watch remains in place through about 5 PM for the Golden Triangle, Far Southeast Texas, and the Far Upper Texas Coast. The threat for severe weather has ended in Houston and Galveston. As the aforementioned low pressure moves north this afternoon, so will a pocket of unstable air. That’s why we’ll be watching the Golden Triangle and Far Southeast Texas for a severe weather threat through dinner-time. Storms and the primary severe weather threat should move east of Texas by 5-6 PM. However, we’ll need to keep an eye out for supercelluar storm structures and low-level rotation until that point. A few tornadoes, in addition to localized damaging wind gusts, remain possible.