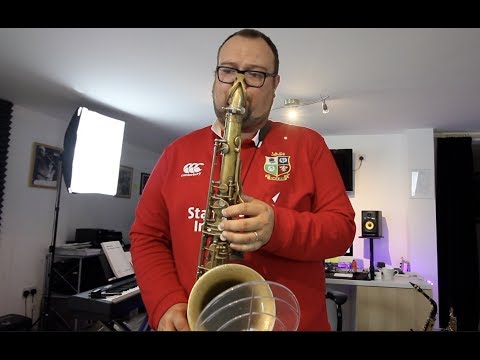 1959: The Year Jazz Changed – In Conversation with Dan Forshaw

On March 2nd, 1959, Miles Davis recorded Kind of Blue, “still the biggest selling jazz single of all time”, at Columbia 30th Street Studio, New York, with some of the most influential figures in the industry, including John Coltrane, Julian Adderley and Bill Evans. Almost exactly 60 years to the day, on March 3rd, 2019, Dan Forshaw, a leading figure of the contemporary British jazz scene and an expert on Coltrane, will return to the Cambridge Arts Theatre as a quartet to celebrate the musical ingenuities of 1959: The Year Jazz Changed.

Forshaw stumbled into playing the tenor saxophone at nine years of age; his father had always wanted to try this instrument himself and his primary school band, rather conveniently, needed a saxophonist. Now, he seamlessly juggles his career as a jazz musician, a ‘Jazz Vesper’, an award-winning saxophone teacher, and even a vlogger. But at this one-night-only performance at the Arts Theatre, Forshaw will not be playing his own pieces: he says “there’s just so much amazing jazz in this period [1959] alone”.

And he’s completely right. Although I only had the chance to talk to him briefly on the telephone for this interview, his quick-fire rendition of jazz history, delivered in a precise and anecdotal style, had my mind whirling with the ‘big names’: Miles Davis, John Coltrane, and Charles Mingus, just to mention a few. He explains that “an awful lot of amazing music that influenced what happened next in jazz – breaking away from what came before it (big bands and swing bands, Glenn Miller, those kinds of musicians) – was produced in 1959. It was the change in gear in music”.

While Davis was writing music that was “less complex, more cool” (take the simplicity of the opening melody in So What, for example), Coltrane had achieved the “summit of complex chord music” with Giant Steps (which Forshaw claims was not designed to be played live: watch below). There was Ornette Coleman, who had the “sheer tenacity to say ‘here’s my album: the shape of jazz to come’”, and Charles Mingus, “the guy who was ‘every period’, who was incredibly politically aware.” He wrote lyrics in retaliation to the oppression of black students at Little Rock Central High School, Arkansas, a bold political move for a musician.

If you come along to 1959: The Year Jazz Changed, you will have the chance to dip into at least two tracks from each of the albums on the line-up of the show, which includes all of the above, and more. It’s really a night for everyone: “anyone who is serious about jazz or not so serious about jazz” – and even those who think that they aren’t into jazz at all. Because after all, “Coltrane, like Miles Davis, influenced Jimi Hendrix, Led Zeppelin – you name it”.

Forshaw is going to be joined by Paul Higgs (trumpet), a Miles Davis expert, Tony Kofi (alto-sax) who actually played for Coleman himself, and Chris Jerome (piano). So for those of you who – like me – can only recognise Take Five once you actually hear the tinkling of the drums and the soothing saxophone, this is the opportunity to have an appreciative “educational experience of the importance of jazz”.

Forshaw’s personal favourite on the list is Coltrane’s Naima, a piece dedicated to his first wife. It is rather restrained – almost sombre – in style when compared to the flamboyant sax-flurries in Giant Steps. “It doesn’t seem to have a great melody, and it’s not often played. But Coltrane was coming back to it and reinterpreting it right up until his death in 1967. It has an absolutely beautiful melody – the kind of thing that we, as musicians, want to be playing.”

“We’re really excited about performing here. The Arts Theatre has a wonderful acoustic, and it’s a really nice theatre – not too big and not too small”. He’s particularly pleased that the Chief Executive of the Theatre is a big jazz fan himself, who can share their passion for this kind of music. “We performed here in 2016 and 2017, and loved it. This is our third visit.” He chuckles with good humour before he adds “We must have done pretty well!” It’s going to be “a celebration of this amazing music” – a whole year of jazz condensed into a few hours. So why don’t you treat yourself to it next weekend?

If you can’t catch them in Cambridge, book tickets to see them again on April 15th 2019 at the Cockpit, London, via http://thecockpit.org.uk/show/1959_the_year_jazz_changed.

The post 1959: The Year Jazz Changed – In Conversation with Dan Forshaw appeared first on The Cambridge Student.

1959: The Year Jazz Changed – In Conversation with Dan Forshaw