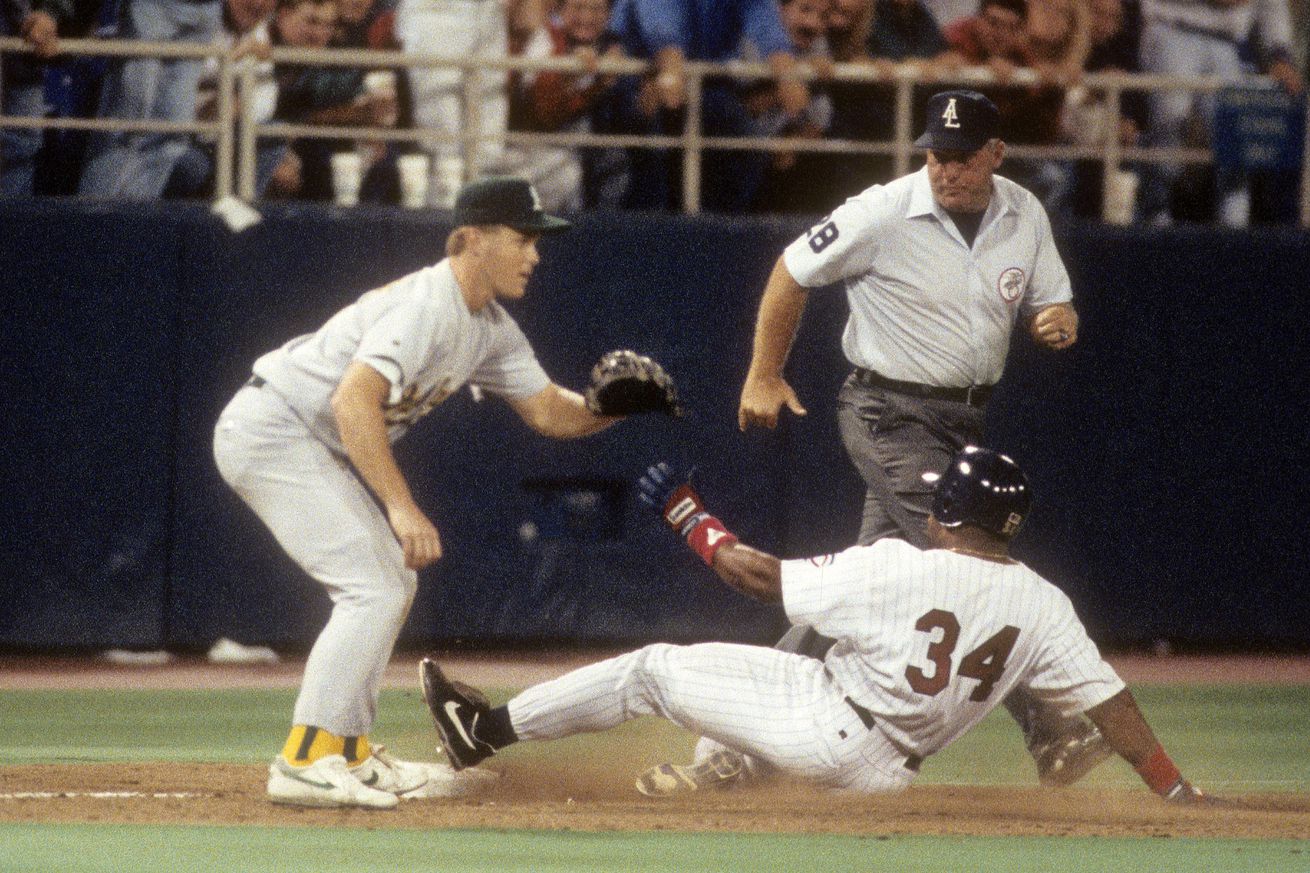 Throughout most of the 2021 MLB season, a common talking point was the suppression of offense. Whether blamed on dead balls, sticky balls, proliferation of relievers, off-the-chart velocity, or batter stubbornness, the first few months of ‘21 represented a pittance for offensive output. Though that somewhat evened out as the year rolled on, it felt like I was constantly evaluating the best ways for batters to swing the pendulum back in their favor.

In a baseball environment where the deck seems so stacked against the batter and in favor of the pitcher (constant velocity increases, fresher arms earlier and earlier into games, sophisticated shifts, etc.), I had myself almost convinced that the current en vogue philosophy was the correct one: eschew soft contact in favor of barrels, launch angle, and exit velocity. Whether such a “three true outcomes”-heavy approach is best for fans in the stands is another matter, of course, but strictly from a competitive mindset things like choking up, bunting, and hitting to the opposite field seem futile.

Recently, however, I stumbled across some interesting findings simply by poking around in the history books as they relate to BABIP (batting average on balls-in-play). Information that may indicate a return to “contact mode” might not be as fruitless as originally thought.

Using information from FanGraphs, I noticed that between 1940-1992, the league-wide BABIP never eclipsed .289. In fact, for most of those seasons it hovered in the upper .270s range before hitting that high-water mark in 1987. Basically, making contact in that time span made one a .280 hitter.

But then, something strange happened: In 1993—the year that saw Bill Clinton take the Oath of Office, Unforgiven nab an Academy Award, & Joe Carter walk off the Phillies in the World Series—league-wide BABIP jumped to .294 (up from .285 in ‘92). Then, in ‘94, BABIP skyrocketed to a nice round .300. Since that point? BABIP has never dropped below .292 (the value for both the 2020 & 2021 campaigns). Clearly, some sort of new plateau in contact-success has been reached.

All this brings to mind two primary questions:

What say you on the matter: Thoughts on the ‘93 BABIP spike? Musings on whether or not batters should be choking up and making more contact? Random stories on what you were doing in 1993? Let’s hear them all :)