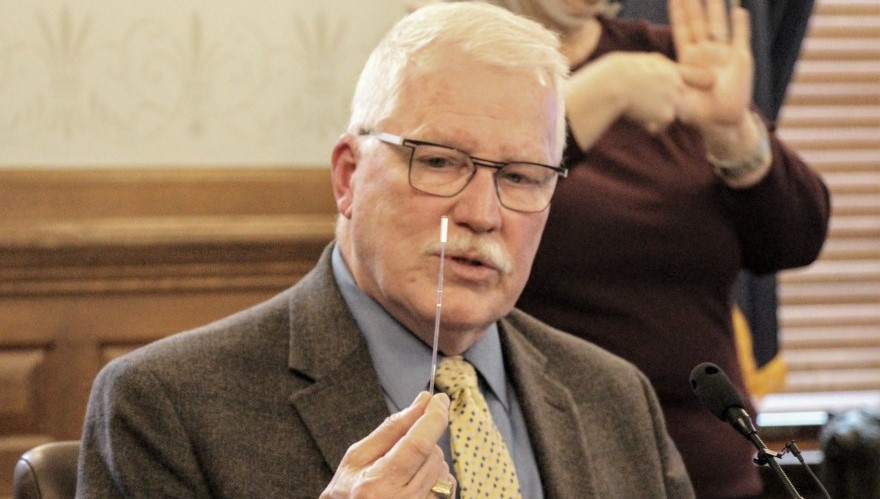 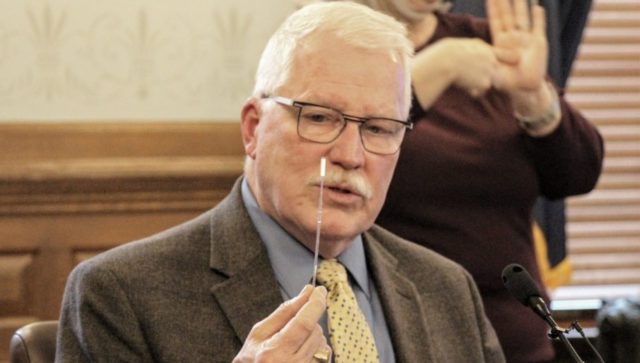 Herington Municipal Hospital got fed up with long waits for lab results that would tell its patients with respiratory symptoms whether they have the novel coronavirus.

So when a sales representative called the 25-bed hospital in rural central Kansas offering tests that produce results in less than half an hour, Herington ordered 500.

“We answered the phone on the right day,” CEO Isabel Schmedemann said in an interview this week. “I wish we had ordered more.”

One hundred people in her community have already come in for the test.

“They want answers,” she said. “They want to know. And they’re scared.”

Amid a pandemic that has hospitalized hundreds of Kansans and killed more than 80, supply shortages have slowed typical COVID-19 nose swab tests and health providers have scrambled to find solutions.

But public health officials around the world worry that desperation to access testing could open the way for unproven products that give patients a false sense of safety — putting them in greater danger.

On its website, the hospital advertises the technology as approved by the state. “It tells you if you have immunity,” the hospital claims.

Wrong on both counts, the Kansas Department of Health and Environment says. Attempts to convince the hospital of the test’s problems over the phone weren’t successful, the agency says.

State health secretary Lee Norman said he would alert other hospitals and labs around the state to concerns about the tests. He warned the public in a press conference viewed by tens of thousands of people on Facebook that many antibody tests — meant to show a patient’s exposure to a virus — don’t necessarily tell people what they want to know.

People who test positive with the Herington tests aren’t being counted toward the state’s COVID-19 tally. The state has about 1,500 known cases, including one in Dickinson County.

“You could get a positive if you had nothing other than a common cold,” county public health director John Hultgren said.

But KDHE points to the test manufacturer’s own fine print, which says a positive result could mean patients have or have had any of four coronaviruses that cause the common cold.Consequently, the results can’t confirm that a person has or had COVID-19, or that they are now immune.

Herington Hospital also advertises the product on its website as 100% specific to the virus that causes COVID-19. Manufacturer UCP Biosciences gave the hospital pamphlets bearing that claim, though clarifying that its calculations are based on about 100 samples. The company didn’t return a call to its California office.

“The test is specific to COVID-19, but as with any test, this is part of the disclaimer,” she wrote in a follow-up email.

The kits, like most COVID-19 antibody tests on the market, aren’t approved by the Food and Drug Administration and haven’t received an expedited, emergency approval from the agency. Yet selling them is legal and Herington has continued to offer the product.

People with and without symptoms are eager for testing. The kits Herington bought seek to check whether someone has COVID-19 antibodies in their blood.

The goal of antibody testing is to check whether someone has been exposed to a specific virus and whether that could shield them from it in the future. (Antibodies wouldn’t yet be present for some people with current infections.)

Scientists and public health experts say it’s not that simple. In addition to the risk that antibodies from the common cold could trigger a positive result, researchers don’t yet know how effective COVID-19 antibodies will be for staving off future infections.

They’re scrambling to figure that out.

“It’s an attractive hypothesis,” said Jim Zehnder, a professor of pathology and medicine at Stanford University, “but it hasn’t been rigorously proven yet.”

Stanford has developed its own test for the antibodies that result from COVID-19.

But it hasn’t evaluated UCP’s test, and couldn’t speak to its quality. Similar tests have raised concerns, Zehnder said.

“I believe partly in response to these concerns raised, the FDA announced that they are going to start evaluating this class of test,” he said. “There just is not enough information at the moment to say anything definitive” about the UCP product.

In a followup email, the agency said it would use a platform with minimal risk for confusion of various viruses, and combine that with other steps to verify results.

The University of Kansas is researching COVID-19 antibodies in clinical trials. It believes widespread antibody testing could ultimately prove vital to the battle to control COVID-19, ease social distancing measures and return to life as normal.

“We think there will be an absolute need,” said Dana Hawkinson, a professor and medical director of infection control at KU Health System. “But at this point in time, there hasn’t been really good validated tests that we can use to determine that.”

Celia Llopis-Jepsen reports on consumer health and education for the Kansas News Service.