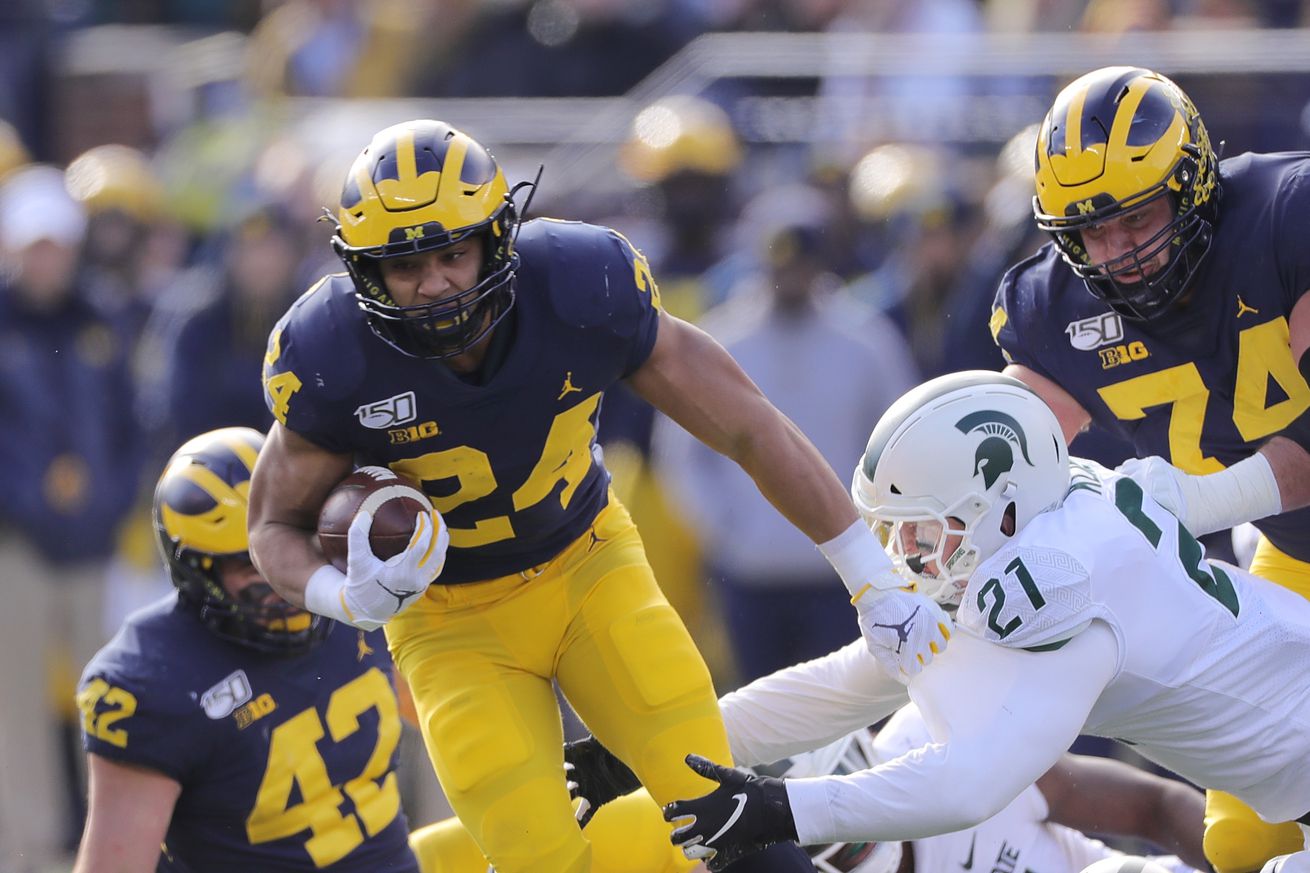 No time to celebrate. The clock is already ticking towards opening day and into the submarine Michigan will go until then.

For a team that wanted to kick the coronavirus in the teeth, the Big Ten postponing the football season in August was a bitter pill to swallow for the Michigan Wolverines who were doing their part to stay healthy.

Instead of keeping their heads down and going home with their tails between their legs, the team went into submarine mode and made football their refuge.

The day the Big Ten postponed the season, Michigan practiced. Then they kept practicing to stay prepared for their next opportunity.

Their next opportunity is now, as the Big Ten re-instated the fall season on Wednesday morning and the season will begin on October 23.

“Coach Harbaugh, he spoke with us the day of the announcement being made that the season was being canceled in the fall,” defensive back Hunter Reynolds said in August. “Within a matter of hours and days, the coaching staff put together a real comprehensive plan that we feel like will put us in the best position possible, so whenever the season does start, we’re going to be prepared.”

Part of staying prepared meant limiting the spread of the coronavirus, and Michigan absolutely walked the walk in that regard. The team didn’t record a single positive case in the month of August, a trend that kept on rolling in September. “As Darryl Conway, our Chief Medical Officer and a member of the Big Ten’s Medical Advisory Group has stated, “I wish that others could see this model,’” Harbaugh said in August. Harbaugh acknowledged the challenge would be hard, but that they wouldn’t cower from the obstacle that is COVID-19. “In quoting President Theodore Roosevelt, we do this ‘so that our place will not be among the cold and timid souls who know neither victory nor defeat.’”

Taking the proper precautions to prevent coronavirus is one thing, but staying physically and mentally prepared is another, but Michigan kept plugging away so they’d be ready when the next opportunity presents itself.

“From the first day that the season was cancelled, it almost seemed like it wasn’t cancelled,” Michigan defensive end Hutchinson said a couple weeks back. “We never really stopped practice. We had a couple days off after the season got cancelled. Otherwise, we’ve been plugging away.”

On September 12, the day Michigan was initially supposed to have their home opener, they didn’t sulk and sit at home while other conferences played. Instead, the team practiced.

All the uncertainty, all the doubt, can lead anyone or any team to crumble or dig down and keep trying. The doubt is now gone, there is a season coming next month, and Michigan will have to continue with the same approach that’s been working for them to this point.

Once the Big Ten announced the season is starting in October, Harbaugh had a simple message that is the embodiment of a ‘let’s get to work’ mentality. “Over the past month, I could sense the anticipation from our players and coaches, and I’m thrilled on their behalf that they will have a chance to play a 2020 season,” Harbaugh said. “Stay positive. Test negative. Let’s play football.”

The clock is ticking and there’s never enough time. October 23 may seem like a long while away but it’ll come soon enough and Michigan will have to maximize each practice, each rep, each film session to be fully prepared for the start of the season. There’s no time to celebrate, no time to kick their feet up.

The players have waited their entire lives to fulfill their dream of playing college football, and now they know that opportunity won’t be taken away from them. They get their chance and they’re likely as motivated as they ever have been. Expect a hard-hitting, highly competitive eight-game Big Ten season. Michigan finally gets to solve some of their problems with aggression. For gridiron warriors, tranquility is found on a football field. Soon they’ll be in paradise once more.