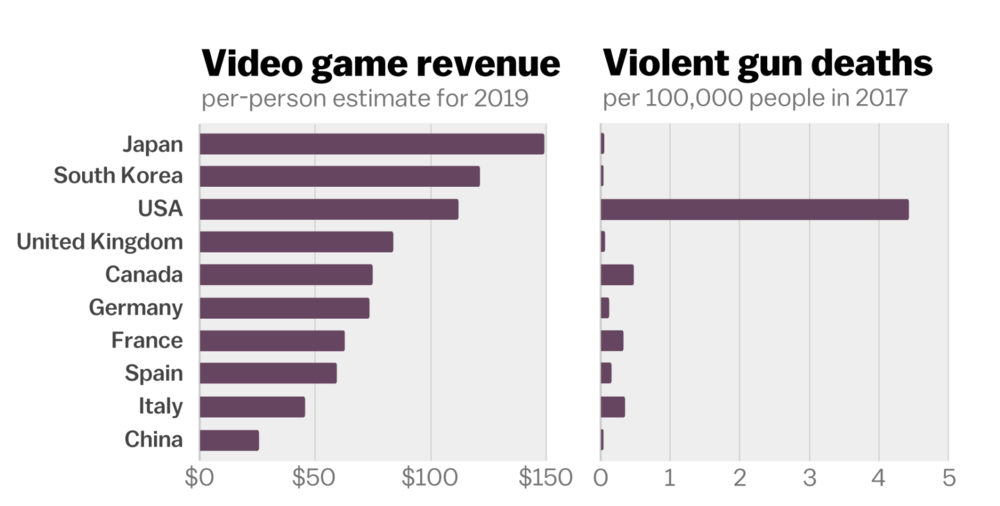 The Good That Esports and Gaming Provide: Charities

On August 3, Patrick Crusius, a 21-year-old from Allen, Texas drove 10 hours to El Paso and shot 22 people to death and injured 24 others at a Walmart store in El Paso. Prior to the shooting, he posted a “manifesto” with white nationalist and anit-immigration themes on the cesspool of a website that is 8chan.

On August 4, Connor Stephen Betts, a 24-year-old from Dayton, Ohio walked into a bar and shot and killed 9 people (including his sister) and injured 27 others before being killed by police in 32 seconds after the shooting began. He was carrying a AM-15 (which is similar to the popular AR-15) with a 100 round drum magazine.

So how did the media react to the back-to-back mass shootings?

Blame it on violent video games.

Even our Cheeto-In-Chief said the games industry is partially to blame because “games glorify violence”. Video games stock slid on the “news” with Call of Duty publisher Activision-Blizzard lost 6%. Walmart’s answer was to take down displays of violent video games in their stores - while continuing to be the largest seller of ammunition in this country. (After weeks of protest and #BoycottWalmart, they acquiesced by reducing certain ammunition sales and requested that customers no longer openly carry guns in their stores. However, they still sell other guns and ammunition in 3,700 stores).

Let’s set the facts straight: The notion that video games cause violence is utter bullshit and has been debunked many times. Here are a few data points and articles:

See an anomaly there? Could it in fact have to do further with maybe gun ownership and access? 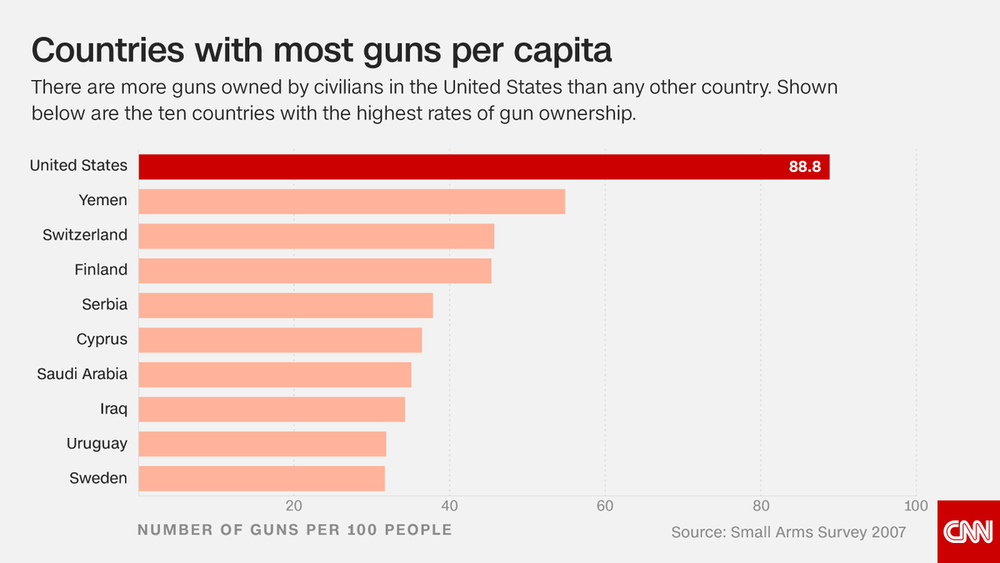 (To clarify further, yes we also need to address mental health and that issue plaguing our country currently. Both Japan and South Korea have serious issues with mental health and suicide. Even more specifically mental health within the esports and gaming community - but that’s a whole other article).

So how about we focus on the positive aspects of esports and gaming for a moment. One of the best developments in this space has been the involvement of charities and giving back to the community. Let’s look at some of the amazing work that’s been done this year.

Every two seconds, a patient in America needs blood - but less than 20% of donations come from 20-34 year olds. To help encourage young donors to come forward, Team Liquid partnered with the Blood Center of America, a national network with 50+ blood centers.

The idea was simple: Find a BCA location near your, donate blood, and receive a limited-edition red Team Liquid t-shirt.

The partnership was taken even further with a Team Liquid branded bus that toured the country and offered participants to donate as well. In fact, the bus was at ESL One NYC where you could win either the t-shirt or a ticket to ESL One. 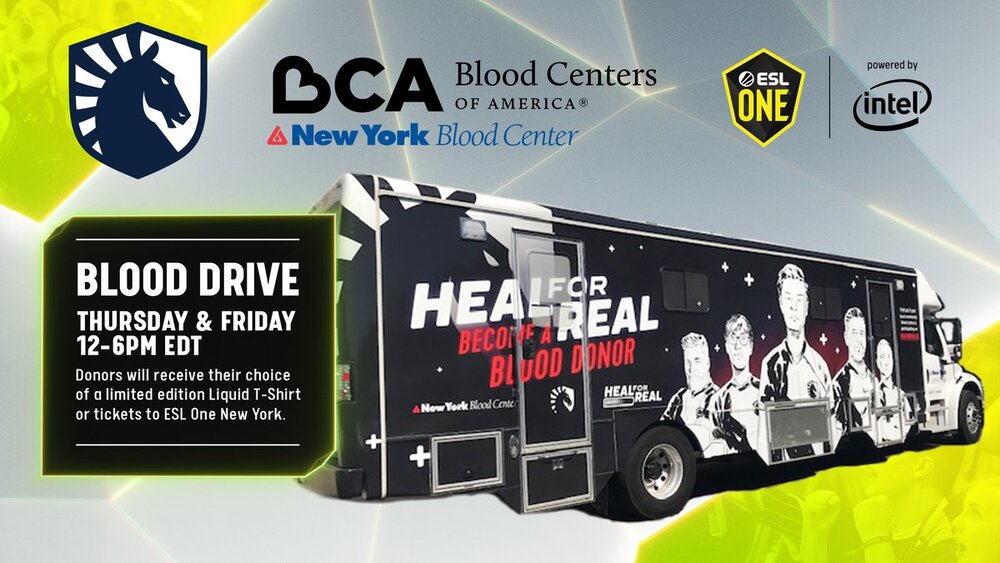 Reports from the event blood drives have been very positive, with many potential donors signing up to donate at their local centers.

NRG AND THE LEUKEMIA & LYMPHOMA SOCIETY 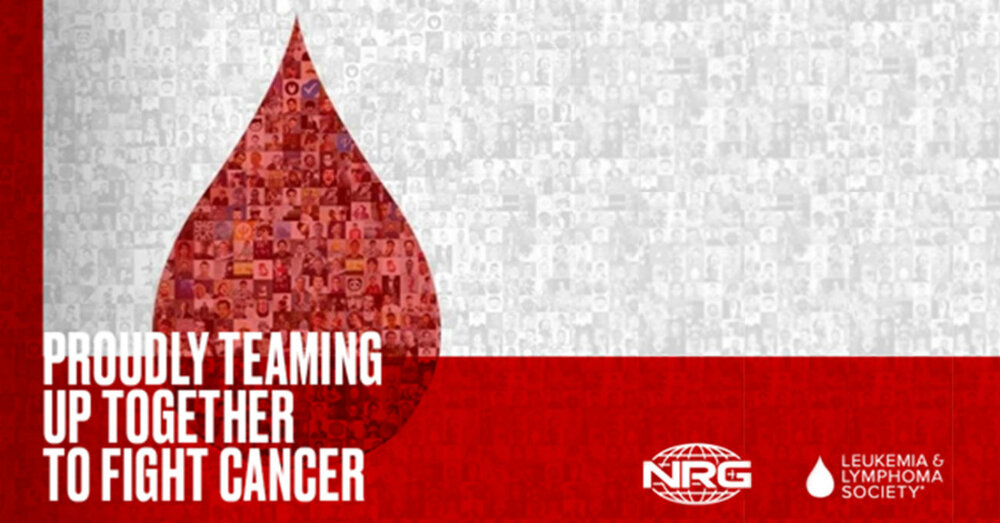 NRG and its players will raise awareness and driving donations through digital and live activations.

I asked NRG co-founder Andy Miller how important is giving back to the community as part of NRG’s mission and why they picked the LLS:

When we launched the San Francisco Shock we had a chance to start a brand from scratch. Given the local nature of the league we felt it was very important to be part of the community and participate in meaningful social causes. That is how our SF mental health initiatives and wildly successful Baby Bay Challenge were born. We were looking for a similar vehicle for NRG when LLS and their interest in the gaming community popped up. We jumped at the chance to take their message to our fans and gamers in general to create awareness and hopefully raise a bunch of money for the Leukemia and Lymphoma Society and support the amazing work they do.

(This one is also close to my heart as I lost a close friend at 16 to Leukemia. RIP Haider). 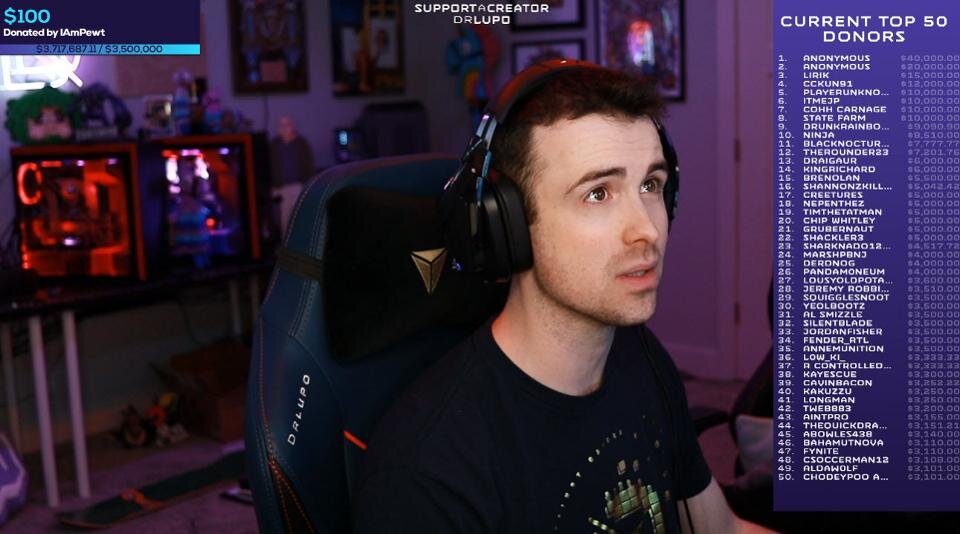 During this years GuardianCon in June - which originally started as a destination (no pun intended) for fans of the game Destiny, immensely popular streamer Dr. Lupo raised a whopping $920,000 in less than 5 hours for St. Jude’s Children’s Hospital.

Many big name streamers such as Ninja and TimtheTatman donated with even State Farm donating $10,000 (State Farm has made huge investments in the esports space this year sponsoring Dr. Lupo, Overwatch League of Legends and the NBA 2K League)

(Multiple messages for more info and quote to Dr. Lupo’s agency Loaded.gg were not returned) 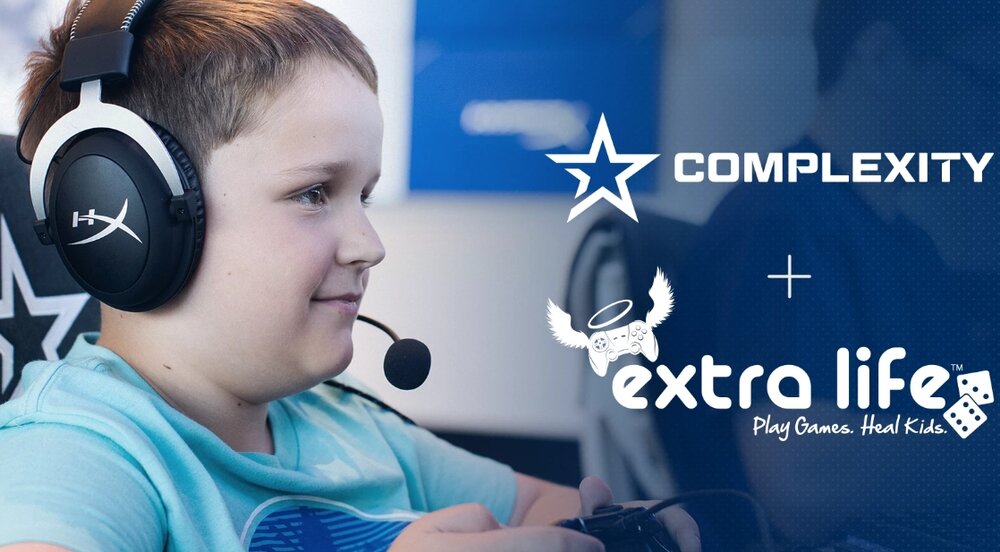 The partnership will consist of live-streaming to provide funding and reward fans with prizes and Complexity players will visit their local CMN hospital to connect with children through gaming.

We met with quite a few different potential cause partners, but it wasn't until we connected with the Extra Life team that we felt like we found a match made in heaven. Leveraging the tremendous power of gaming and esports in a simple, yet gamified way to create a powerful and long-lasting impact, there's nothing more perfect for us as an organization than that. Their mission statement of "Play Games. Heal Kids." hits at the very core of our internal belief system - Gaming is powerful, and it's time we use more of that power for good.

Founded in 2007, Gamers Outreach is a charity organization that helps kids cope with their hospital treatment through video game equipment, technology and software. I spoke with founder Zach Wigal about this amazing program:

What and when made you decide to fund Gamers Outreach?
Gamers Outreach was created in 2007 after a police officer shut down a video game tournament I tried to produce in high school. I was frustrated and decided to organize a new event to demonstrate the positive difference gamers can make when we come together around our passion. I called the event “Gamers for Giving” and originally founded Gamers Outreach to facilitate the event's production and fundraise in support of charity.

I was inspired to continue working on Gamers Outreach after the success of the initial Gamers for Giving fundraiser. At the time it was just a passion project between college and my job, managed with the help of friends. Present day, our organization is focused on providing entertainment to kids in hospitals through video games. Our goal is to improve a patient's quality of life while they're receiving care.

-When technology is present, it can be difficult for hospital staff to manage entertainment due to a number of factors (unfamiliarity with equipment, existing responsibilities, ease of mobility, bandwidth limitations, etc). 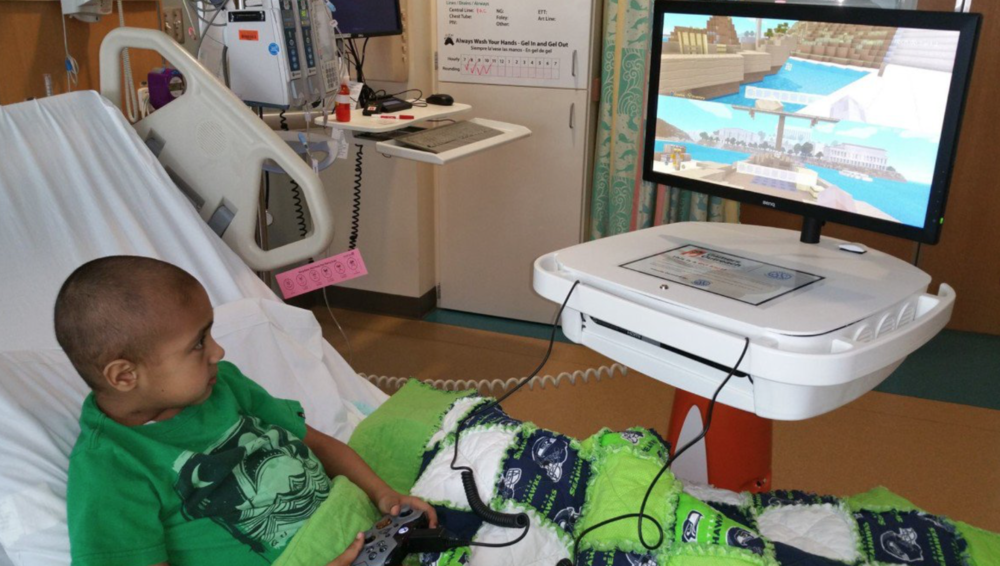 Each GO Kart is equipped with a gaming console, monitor, and assortment of games. They're intended to be user friendly - all a hospital worker has to do is find an electrical outlet and hit the "on" button.

Since starting, how many hospitals have you worked with and total number of Karts in service?
We estimate 6 - 8 children per day benefit from a single GO Kart. Presently, Gamers Outreach maintains ~700 GO Karts in nearly 200 hospitals, primarily within the United States. We estimate the program has capacity to support as many as 1.2m - 1.5m play sessions / patients annually.

But to put it in perspective, the number of people passing through hospitals is massive. As an example: in 2018 Children's Hospital Los Angeles recorded more than 556,000 patient visits and an additional 18,000 inpatient visits (people who stayed overnight in the hospital). That's a single hospital in a single year. We're proud to say GO Karts are playing a role in making gaming content more widespread and we've still got a lot more building to do!

It's worth noting we also have a volunteer initiative called Player 2. Player 2 invites gamers to apply their knowledge in a manner that supports patients and staff within hospitals. By volunteering, gamers become "digital activity managers" and serve by managing equipment, providing tech support, and playing games with patients. Many hospitals receive game donations, but without proper staffing to manage inventory at mass scale, it can become difficult for tech donations to properly serve patients as intended. Player 2 helps address that by ensuring knowledgeable individuals are present to distribute technology and exercise its positive benefits.

If there's one memory you have of helping children through video games, what would that be?
For me, the stories that stand out most are the instances when the kids themselves have been advocates for our programs in hospitals. The first time this happened was at Children's Hospital Oakland where a child had been undergoing care for a number of months. He was frustrated that he had to wait each day to play on their single GO Kart. He started fundraising and ended up building a small fleet to share with the other kids. His parents were so proud to see him engaged with our cause and it was inspiring knowing a child found so much value in our work that he wanted to get involved. That's since happened multiple times.

These are fantastic stories and programs that shows the positive side of esports and gaming and hopefully the Mainstream Media starts covering it more outside of the usual mantra of “If it bleeds, it leads”.

There are numerous other similar gaming programs and if you have the ability, please donate. #GiveBack

The Good That Esports and Gaming Provide: Charities