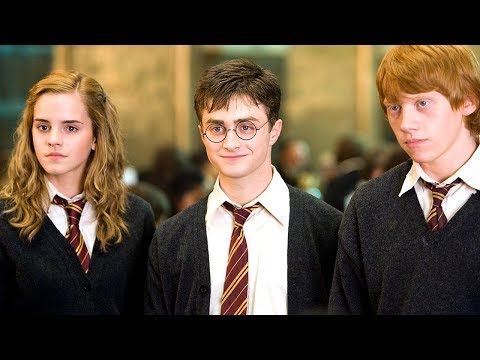 50 Absolutely Must Know Facts About Copyrights

In 1998, Disney helped create a copyright law that made sure no movies from 1923 became free to watch and distribute for 20 more years. This copyright law expired on January 1, 2019.

2. Michigan’s state anthem, “My Michigan” cannot be played without paying royalties until 2032, because the state government never purchased the rights to the song, and the song is still copyright protected.

3. 17-year-old Kenny Loggins wasn’t going to be able to record his song “House at Pooh Corner” because Disney was enforcing their copyright to Winnie the Pooh. Upset, he mentioned this to his girlfriend, only to find out her dad was the president of Disney and he soon got permission.

4. Supreme stole their famous box logo from another artist named Barbara Kruger. When Supreme sued another company for copyright infringement of their box logo, Kruger was asked for comment by a Complex editor. Her comment was “What a ridiculous clusterf*ck of totally uncool jokers.”

5. James Barrie, the creator of Peter Pan, gave the Peter Pan copyright to Great Ormond Street Hospital, the leading children’s hospital in London, which helped support the institution’s work for 70 years after his passing.

6Copyright That Never Grows Up

“Peter Pan” is the only UK copyright that has been extended in perpetuity, meaning Great Ormond Street Hospital can receive royalties forever. This has earned it the name “The Copyright which never grows up.”

7. Mapmakers in the past (even some modern digital mapmakers) used to plant fictitious streets in their maps so that if a person copied their map, they could point out the replication of the fake street to prove copyright infringement.

8. The copyright for Anne Frank’s diary was due to expire in 2016. To prevent it from falling into the public domain, in 2015 the Anne Frank Foundation added her father Otto Frank as a co-author.

9. In 1974, the 1946 movie “It’s A Wonderful Life” fell into the public domain because the studio failed to renew its copyright. As a result, it was aired a lot, which explains why it became so popular even though it flopped in theaters. The studio got rights to the movie back in 1993.

10. Because the USA is unlikely to extend its copyright term again for Mickey Mouse beyond 2023, Disney has been extensively using the “Steamboat Willie” Mickey Mouse in its marketing to keep the character indefinitely protected under trademark law instead.

Clowns paint their faces onto eggs to copyright them so that other clowns can’t use the same face. There is a registry of egg faces in both Europe and in the United States.

13. Family Guy once used footage from a 9-year-old YouTube video in one of its episodes without permission from the owner. The owner’s original clip was then removed from Youtube for copyright infringement.

14. The Library of Congress in the US has the unadulterated 35mm print of “Star Wars” submitted to them in 1977 for copyright, and anyone can watch it by prior appointment.

15. The people who falsely claimed the copyright on the song “Happy Birthday to You” made $2 million a year for decades until a court ruled the song to be in the public domain in 2016.

In 1982, Universal Studios sued Nintendo on the grounds that Donkey Kong was an exact copy of Universal owned King Kong. In fact, up until that point, Universal sued anyone who tried to use King Kong. Nintendo then counter-sued by presenting findings of an earlier lawsuit where Universal themselves fought to defend the position that King Kong was in the public domain for making the movie King Kong (1976). Nintendo won $1.8 million.

17. Getty Images has repeatedly been caught selling the rights for photographs it doesn't own, including public domain images. In one incident, they demanded money for copyright infringement from a famous photographer when she used one of her own pictures.

18. The copyright battle between the owners of Hello Kitty and Miffy ended after the Japanese Tsunami when their copyright owners agreed to immediately settle the case and donate their anticipated legal fees to the Tsunami Relief Effort.

19. In 1990, Rick James sued MC Hammer for copyright when Hammer sampled his song “Super Freak” in Hammer’s hit “Can’t Touch This” without permission. They agreed to settle out of court and Hammer credited James as a co-composer. James won his first and only Grammy from “Can’t Touch This.”

20. Woodie Guthrie’s copyright claim to “This Land is Your Land” was for 28 years and he stated, “anybody caught singing it without our permission, will be mighty good friends of ourn, cause we don’t give a dern.” Today multiple organizations claim copyright for the song.

The USPS mistook a Las Vegas replica for the real Statue of Liberty when creating the Lady Liberty “forever” stamp in 2010, resulting in a $3.5 million payout to the replica’s sculptor for violating his copyright.

22. The reason the film Selma (2014) didn’t use MLK’s actual speeches was that Steven Spielberg got the sole film rights to all of MLK’s speeches in 2009. Ava DuVernay wrote speeches that were plausible, but different enough to avoid a copyright battle.

23. Thomas Edison produced a film called Fred Ott’s Sneeze, a 5-second film where Fred Ott, one of Edison’s assistants, sneezes. It is the oldest surviving film with copyright.

24. The Golden Records on the Voyager space probes include copyrighted material that aliens will be able to access and use completely for free, but we can’t.

25. Sony BMG used music CDs to illegally install rootkits on users’ computers to prevent them from ripping copyrighted music. The rootkits themselves, in a copyright violation, included open-source software.

50 Absolutely Must Know Facts About Copyrights