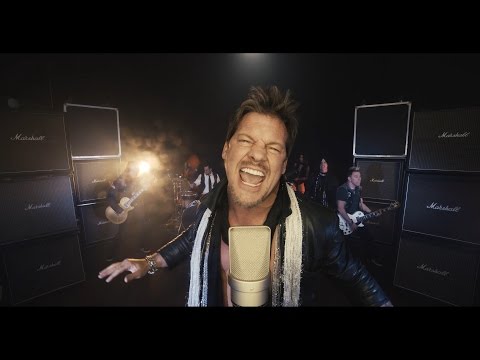 What a trip, man! It seems like just yesterday when we all were being warned by the smart people about how civilization was set to come to a crashing crescendo. Now, seemingly in a flash, the first TWO full decades of the new millennium have come to a conclusion. So much for that ol’ Y2K theory.

Recently, I’ve been reflecting on the last ten years, where I was in 2011, where I’ve been, where I’ve arrived and how I got here. More specifically, I’ve been thinking about the music that provided the soundtrack for my personal journey — like the classic Metallica tracks I’d blast at my bungalow in Nicaragua before hitting the missionary field each day back in 2014, or some of the crunchy new combos I discovered during my more recent Warped Tour excursions. While many of the records that were prominent on my “life playlist” at the time now have drifted into the “What Was I Thinking?” file, others continue to live with me on a near-daily basis.

Truth be told, nobody really is qualified to determine the “best” records from any particular point in time. To suggest otherwise is absurd. For starters, there’s always so much new music being produced, who could possibly have the resources to access it all, or even have the time to consume it. But, everybody has “favourites” — the records that “speak” to us the loudest on a personal level. And as a “pro geek” who consumes and analyzes as much music as possible, 18/7, I also have my fair share of personal favourites. And that’s what this list reflects. Be sure, my motivation is not to be the “Mr. Smarty Pants in the front row,” but merely to be a “buddy sitting at the bar,” simply talking tunes.

SPOILER ALERT: My personal taste is rather eclectic. And as long as you’ve got great riffs, tasty hooks, crisp words and a compelling story, I’m probably on board!

The seventh studio effort from Fozzy proved that rock was far from dead. And throughout this super-charged riff-fest, it became clear as crystal that the Atlanta-birthed brigade possesses exactly what most of their contemporaries lack. And that’s songs; fist-pounding, blood-pumping, rib-cracking, arena-sized sing-alongs. The title track is a particular treasure.

Dig if you will, a picture, a snapshot of a world in which Marilyn Manson is still relevant and Lady Gaga doesn’t suck. The two artists fall in love, get married and spit out a few youngins. The kids grow up and they start a band. But they’re kind of pissed, because after all, Manson and Gaga are their parents — heck, I’d be pissed too. The result was Scripted, the crisp and crunchy, poppy and punchy full-length debut album from the Illinois-based combo, Icon for Hire. Simply put, it kicked my decade off with bang. “Make a Move” was especially “moving.”

The debut release from Britain’s pop rock poster boys, The Struts, passed through the hallowed halls of several less-than-capable European labels upon its initial 2014 release. However, it finally found its way across “the pond” and into the seemingly capable hands of Interscope Records. And in 2016, Everybody Wants was expanded, re-packaged and re-released, worldwide. The single, “Put Your Money On Me” helped make this record an easy sell.

Sisters Talitha and Acacia (Walters-Wulfing) are God’s favourite cheerleaders, plain and simple. And their faith-fueled pop songs make Jesus smile REALLY big! The Nashville duo further spread their creative wings when they dropped their self-produced sophomore effort in 2013, an irresistible showcase for their signature go-go pop style and their ever-maturing songwriting. “This is Love” made for a mighty highlight.

I believe only TWO things in life — Jesus Christ is King of Kings, and if thrown into a bar fight, So-Cal “golden girls,” Bad Cop/Bad Cop totally would shank a bitch without even thinking twice. Possessing maximum F-U cred, Warriors oozed authentic punk/pop anthems, including the glorious gunk-gunkin’ lead off video and single “Amputations” and the irresistible “Victoria.” As one of the “religious lunatics” labeled in the super-catchy track, “Womanarchist,” it’s also MY “right to choose,” and I chose Warriors as the pissed-off feel-good of the summer of 2017.

By their own admission, stylistically, Doll Skin’s 2016 debut record, In Your Face (Again), was “all over the place.” However, with their 2017 sophomore record, Manic Pixie Dream Girl, the scrappy lil’ gang from Phoenix created a more cohesive collection, an eleven song cavalcade that hit like a sticky-sweet punch in the face. “Daughter” was just one of many impressive standout tracks. Time to make your mama proud, indeed.

As an established Christian author, Bible College graduate and global missionary, I will confess openly that I’d rather suck the muzzle of .44 Mag snub nose than choke down even a swig of what’s peddled as current contemporary Christian music. That being said, Skillet’s tenth studio set, Victorious, was bursting with village-leveling firepower. “Legendary” offered rock-solid riffs and life-changing words of hope and encouragement — one of the record’s shiniest gems.

A bona fide trailblazer, Cherie Currie is a true blue superstar. And given how low the “rock bar” has been set in recent years, Blvds of Splendor was more than an impressive record — it was an important record. Currie’s remake of the Nick Gilder classic, “Roxy Roller,” sparkled like a diamond. Read my full v13 album review HERE.

In 2015 I was searching desperately for that one great “summer jam” record. With All the Ways You Let Me Down, Candy Hearts delivered exactly that. Frontchick and guitarist, Mariel Loveland, revealed an unbridled passion for coffee and considerable disdain for “stupid boys” throughout her crunchy, clever, catchy and concise pop rock songs. If “I Miss You” doesn’t thwack ya, you might be flatlining.

FYI, the corporate-driven, computer-generated twangy “stuff” currently clogging the airwaves is NOT country music. Margo Price, however, IS country music. From her fiddle-fueled songs to her real life stories of cheatin’, birthin’ babies and doin’ time, right down to her plea deal-mandated ankle monitor. Need proof? Dig, “Hurtin’ (On the Bottle).” If that don’t show y’all a thing or two about real country music, you can join the rest of the “Woo Girls” front row at the Luke Bryan concert. Oh, dear God!

Former boy band poster prince, Harry Styles set out in 2019 to prove the success of his 2017 solo debut was no fluke. To be honest, the bar that measures authentic artistry has been set so low, it’s easy to stub your toe on it. I guess it’s just a sign of the times. However, with Fine Line, Styles continues to raise that bar, defining what a true pop star should be. Opening track, “Golden,” is one of the record’s many golden moments.

With the release of her latest record, Last Will & Testament, celebrated Texas-based singer-songwriter and multi[instrumentalist, Bonnie Whitmore, borrows just enough “ingredients” from just enough musical “neighbours,” she succeeds in baking one of the tastiest confections of 2020, a soaring seduction that’s owns roadhouse authenticity and drips cathouse allure. Her video and single, “Time to Shoot,” is a super-standout.

In short, Annie O’Malley has “balls.” In a day when pop music consumers clearly crave disingenuous artist-breathed hopelessness and brokenness, she’s shamelessly got it together. For O’Malley, short-term style takes a backseat to long-game substance. Oddly, the fresh-faced 20-year-old kid from Chicago opts merely to rely on her music, as opposed to staged publicity stunts, as a means of marketing her developing brand. 2020 was a horrifying freak show. As a result, it was the perfect time for a “pop saviour” to arrive on the scene with a record that splashed “golden rays” across the ever-darkening music landscape. For me, Annie O’Malley was that savior. Golden, was that record. And “Island” was an irresistible celebration.

Described by the Boston Globe as a “little band” with a “big sound,” Sirsy have been building a well-earned rep as one of the hardest-working acts on the U.S. indie rock scene since singer, songwriter, drummer, flutist, violinist, pianist, Melanie Krahmer, and songwriter, guitarist, bassist, Rich Libutti first packed up the ol’ stretch van and hit the open road back in the early 2000s. Coming Into Frame is arguably their sexiest, sassiest set to date. While the lead-off track “Cannonball” was featured on the wildly popular Showtime series, Shameless, “Lionheart” remains equally noteworthy.

A glorious collision of irresistible pop appeal and compelling hardcore aggression, Technology is a masterful piece of work, a heart-stopping, turbo-charged, funk-fused juggernaut. In a day when so many music artists favour style over substance, Technology proves that the two are not mutually exclusive. “Everybody” closes the sale, perfectly.

The musical embodiment of the Reese’s slogan, “Two great tastes that taste great together,” She & Him combine the magical pop songs and angelic voice of Zooey Deschanel with the master guitar work and genius production of M. Ward. The third non-holiday record from the dynamic duo, Volume 3 owns 14 pure pop treasures, eleven of Zooey’s and three covers. Fresh and fun, sweet and innocent, it’s so retro, it sounds new. “I Could’ve Been Your Girl” is a sheer delight.

Located in a cul-de-sac near the intersection of Spice Girls Street and Motörhead Boulevard, The Dollyrots stylistic comfort zone now has been “party central” for legions of pop-leaning punk enthusiasts for nearly 20 years. And their fifth album, Barefoot and Pregnant, remains one their strongest efforts to date. I got these feels, you’re gonna dig “Get Weird.” Ha, told ya so!

In true Twilight Zone fashion, The Fantastic Plastics preach at a pulpit from the past, while forging fearlessly into the future. The synth-inspired darlings began building their place of prominence on the U.S. alternative music scene in 2014 with the release of their Coleco-charged debut EP, Outsiders. More appealing than pulling a Nintendo all-nighter, their joystick-jerking full-length follow-up, Devolver arrived in 2015. It beeps, it buzzes. It hits ya, it hooks ya. It’s catchy, it’s contagious. Five years on, Devolver is still fresh, still fun — a fantastic piece of plastic that won’t likely ever become obsolete in my world. “Troublemaker” is a terrific teaser. Read our full Retro Album Review.

Legendary music journalist, the late, great Lester Bangs once was credited as saying that we don’t choose our music. Our music chooses us. That theory holds true quite often in my world. Truth be told, I didn’t see it coming. I just opened the right email from the right publicist on the right day, and their it was, a download of the newly-released debut record from singer-songwriter and fiddle phenom, Lillie Mae Rische. Hmm, as if the music chose me. Dripping with Dwight Yoakam-style twang and peppered with Dolores O’Riordan-type mystique, the eleven song collection is the most uniquely engaging country set of the decade. Producer and modern-day music messiah, Jack White, hand-crafted the record masterfully, from the overall Emmylou-meets-Lindley sheen to the “Love is a Rose” flavoured back-ups and Ringo-inspired drum tracks. “Wash Me Clean” remains a personal favourite.

It’s a day I never will forget, that steamy Florida afternoon in July 2015 when I first discovered Jule Vera, sweating buckets on a Warped Tour side stage. The Alabama-based band had just released their debut pop/rock slab, Friendly Enemies. The band’s performance AND songs wrecked me, posthaste. Five years later, this sparkling record continues to move me, BIG TIME, like NO other of the last decade. “Light the Night” still lights me up. Read our full Retro Album Review.

I hope you had fun with my lil’ overview. I sure had fun putting it together. Maybe I turned you on to something cool and incredible. Heck, maybe you’ll turn me on to something groovy in the Comment section below. At any rate, happy new year — here’s to another amazing 3,650 days!