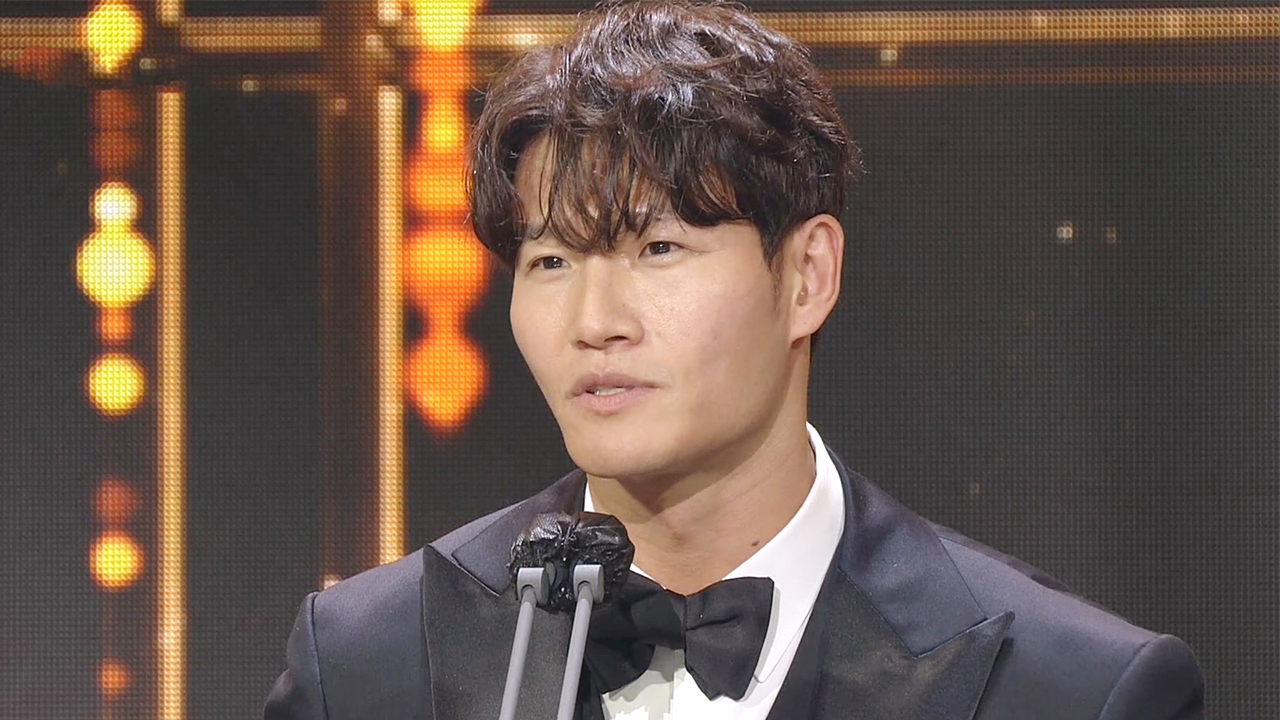 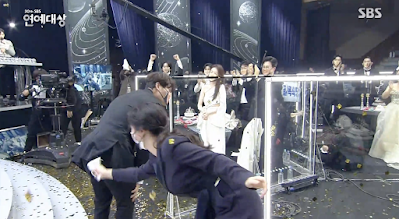 5. [+2547 / -332] He deserves it
6. [+2321 / -216] Starting from 'X-men' to 'Family Outing' and 'Running Man'. He has 17 years of experience of just doing SBS variety shows, he's fully-qualified to receive it 😀🖒🖒🖒 It feels like it's bit late 😀 After winning the grand prize at three of the broadcast channels, he even won the entertainment daesang! Genuinely talented Kim Jong Kook-nim, congratulations on winning the 🏆daesang🏆 😀❤❤❤ Please actively promote/work next year too 😀❤❤❤
7. [+2162 / -214] Kim Jong Kook got emotional and I got emotional too ㅜㅜ Congratulations~! 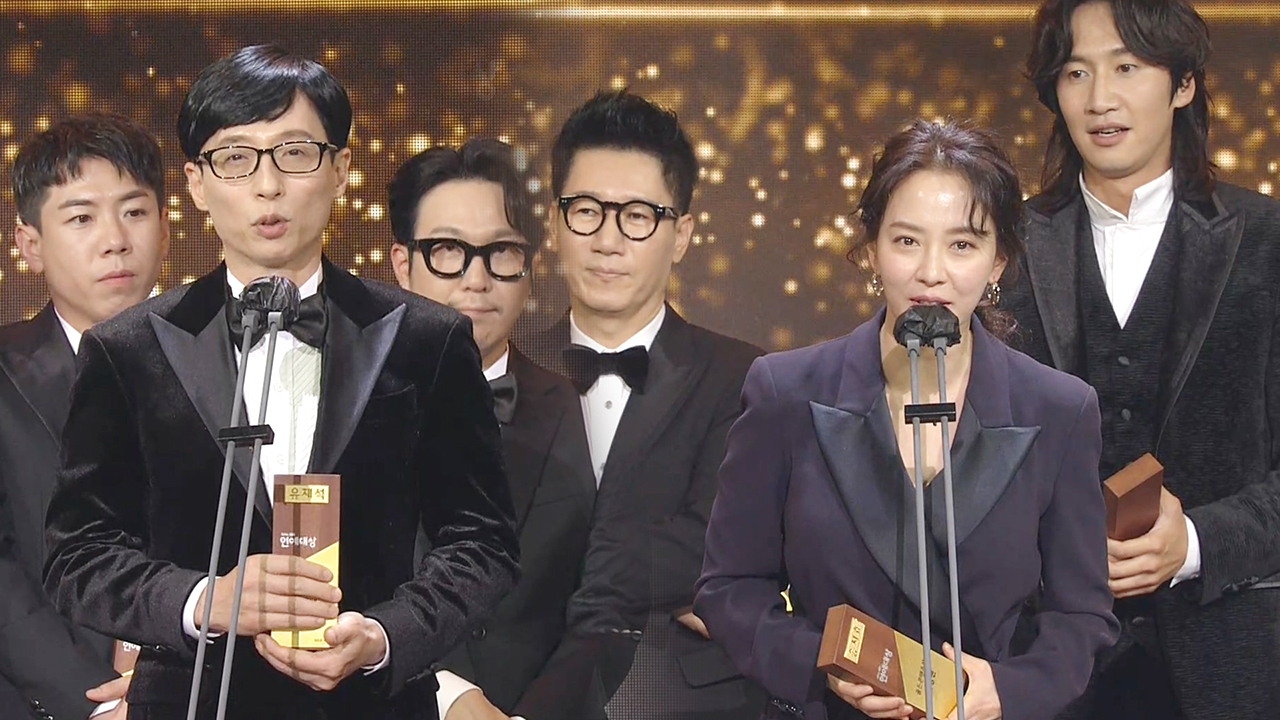 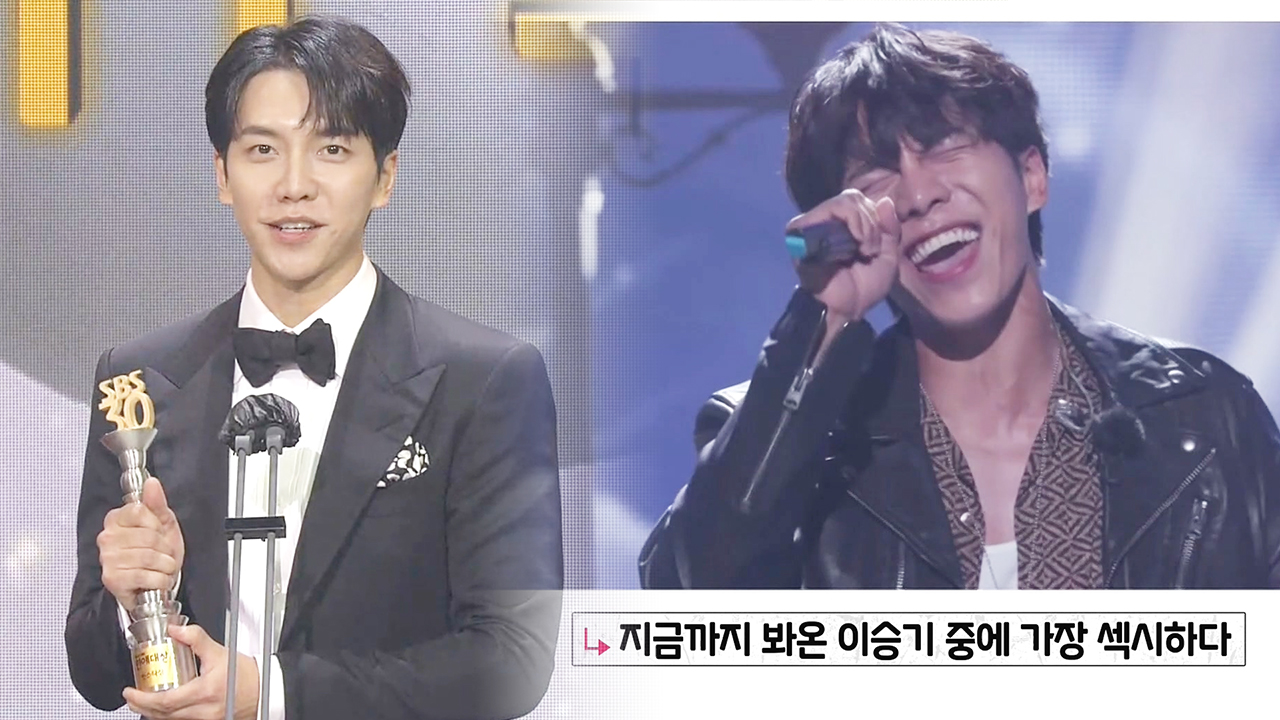 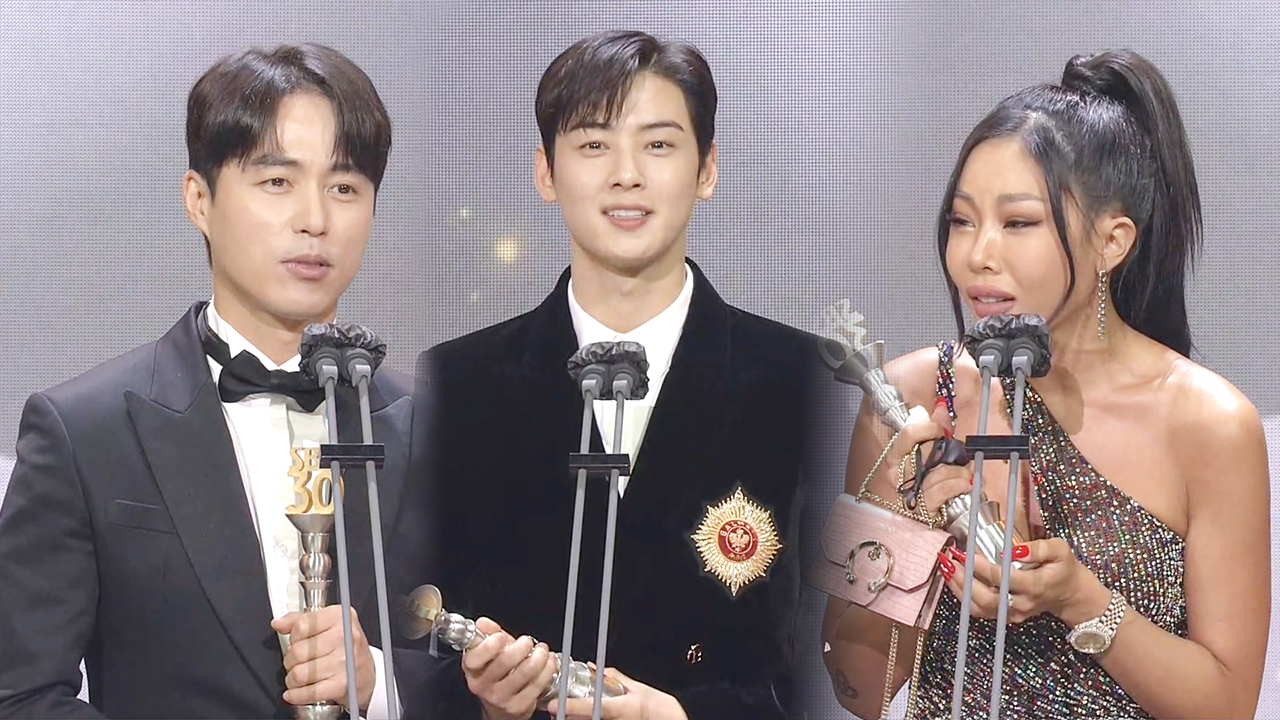 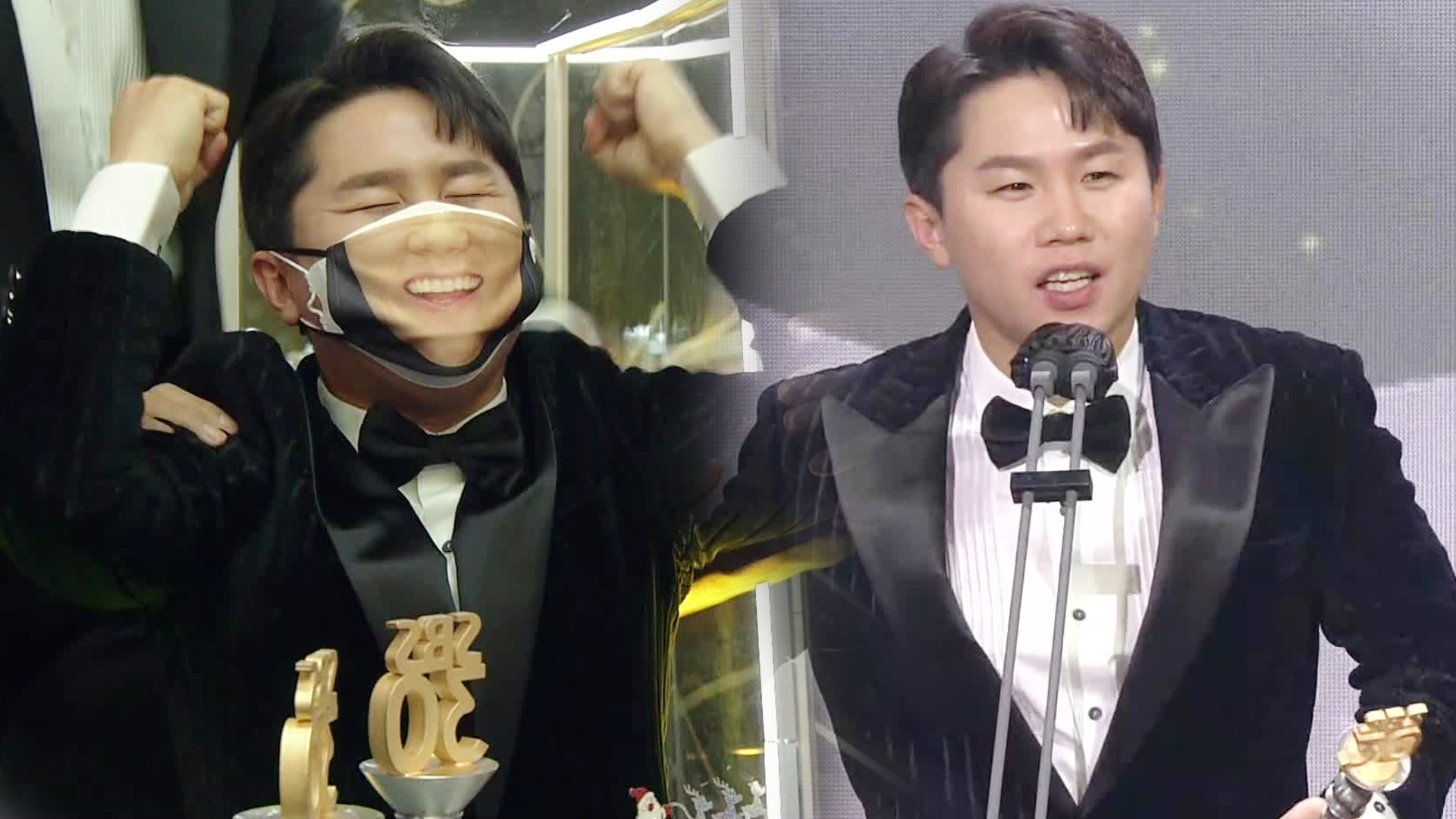 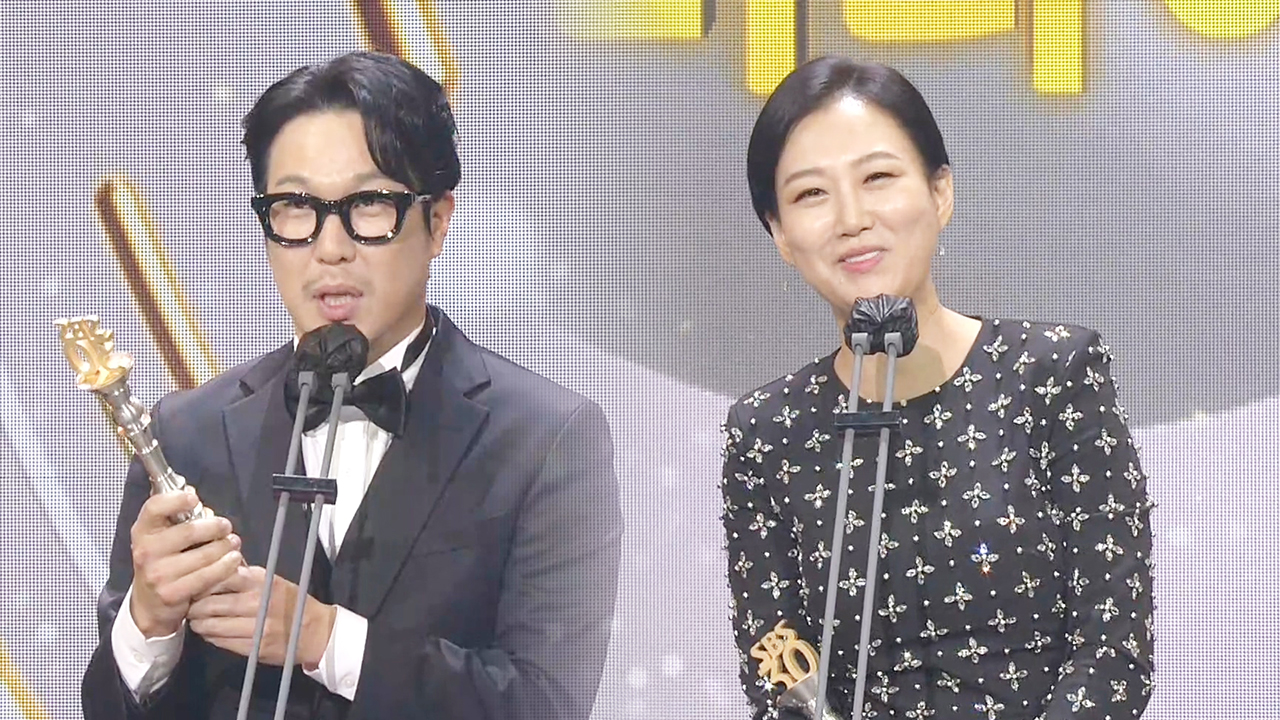 Original Source (SBS via Naver TV): 'Top Excellence Award' HaHa · Jang Yoon Jung, a thankful award speech for the love they received consistently
1. [+1752 / -13] You now give HaHa a Top Excellence Award!!!!!! Seriously ㅠㅠㅠㅠㅠㅠ When they called out HaHa's name, the members were happier.... ㅠㅠㅠㅠㅠ Imagine how sad he was and how much he wanted to win an award, seeing the members on screen was quite a moving moment... ㅠㅠ Each and every one of the 'Running Man' members are precious and among them, HaHa isn't a main role but for 10 years, he did well in playing an indispensable role of keeping other people's chemistry alive ㅠㅠ Congratulations on winning the Top Excellence Award!!! 😭😭
2. [+1345 / -10] Even if it has been 10 years, they really don't give the 'Running Man' members awards... ㅠㅠㅠ In the 30 years, 'Running Man' has been with them for 10 and they filled up all of SBS's deficit... Seriously, I got mad while watching.... For 10 years, the 'Running Man' members worked really, really hard while ruining their bodies. Congratulations to our HaHa-nim for winning the Top Excellence Award!!!
3. [+1233 / -13] Compared to HaHa's effort, he really had no luck when it came to awards but he finally received one ㅠㅠㅠㅠ HaHa doing the indispensable role really adds more to a show's fun ㅠㅠ I was sad because he really wasn't being recognized but he finally received an award ㅠㅠㅠㅠ Let's go for a daesang nomination next year!
4. [+1120 / -10] Is this HaHa's first time winning an award through 'Running Man'? They're really too much.. Thank goodness he received one now. The viewers know that he's always supporting people from the back, congratulations ๑·̑◡･̑๑
5. [+868 / -8] I was shocked to learn that for 10 years, HaHa didn't win a Top Excellence Award ㅠ Ha Dong Hoon, who's always there for the members in the back, gives strength, who does his best at his position - you're an indispensable existence in 'Running Man'! 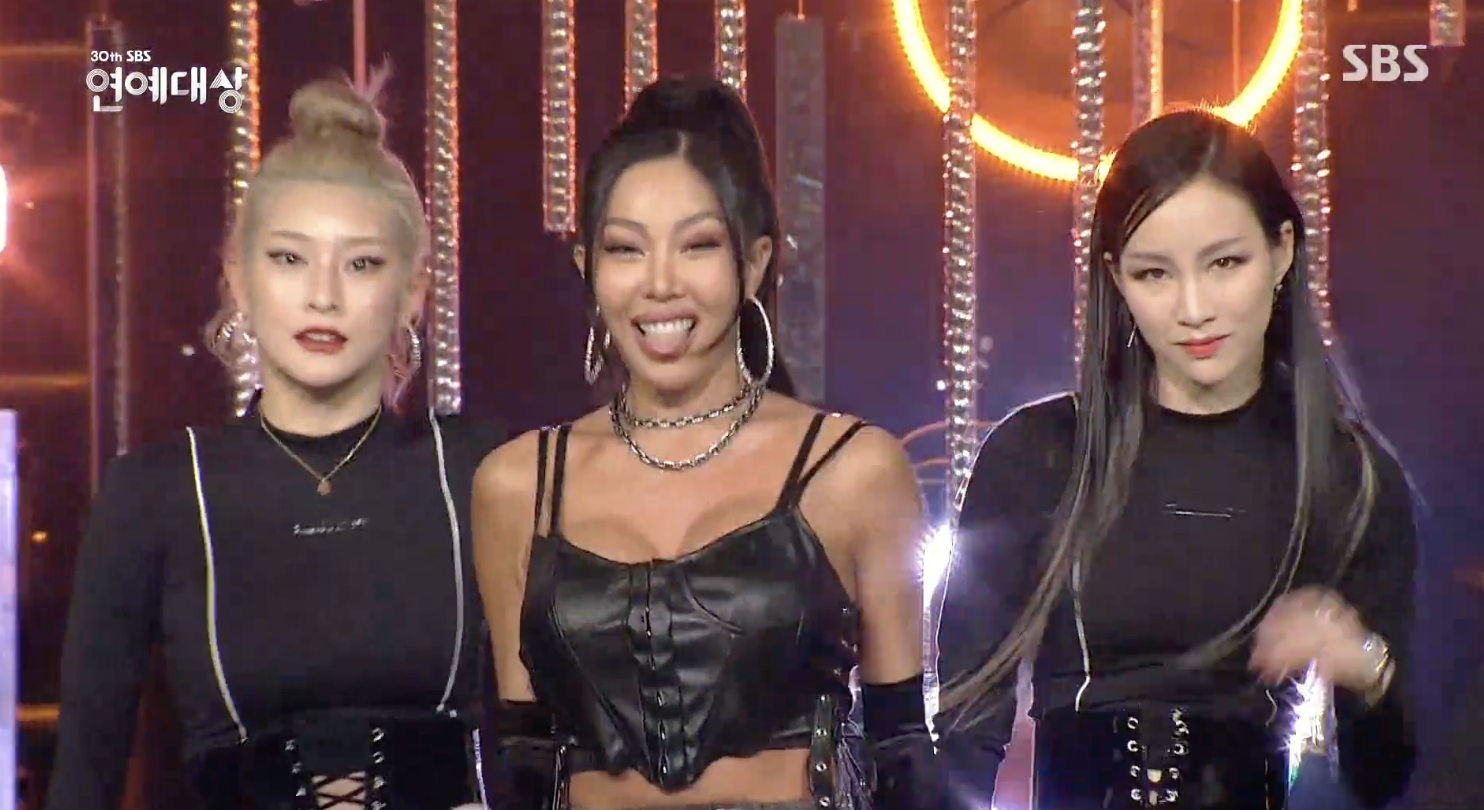