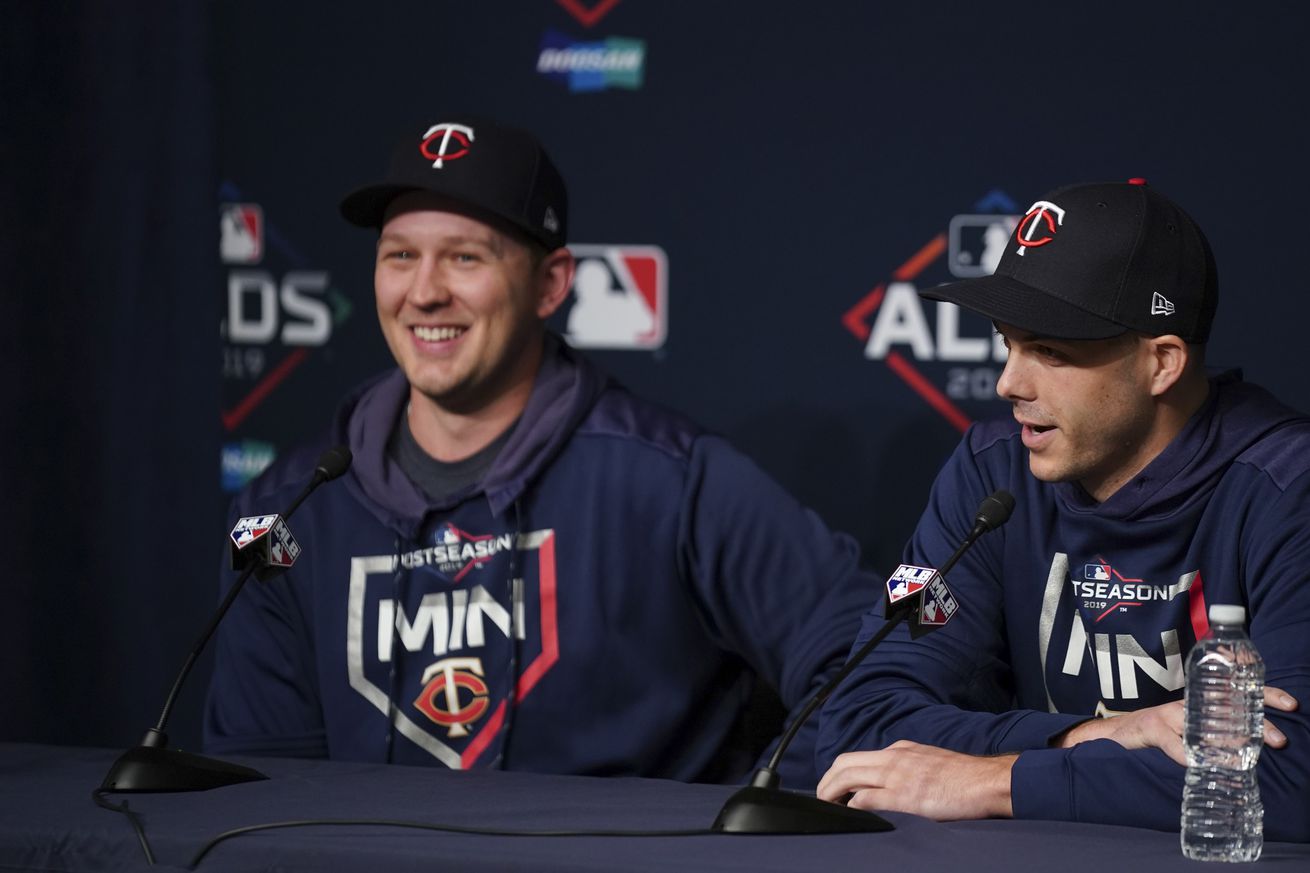 With the arb deadline looming, it’s time to get an advance look at some figure estimates.

This week, MLB and the players’ union agreed to shift the arbitration deadline up a few days. Instead of falling on Dec. 2, the tender deadline has been moved to the evening of Nov. 30. Why, you ask? Well, I answer, it has to do with that whole impending lockout.

MLB and players’ union have agreed to move tender deadline from Dec. 2 to 8pE on Nov. 30. This way, arbitration-eligible players will not be in contractual limbo. A player who gets non-tendered will have the ability to sign with a new club before lockout begins. 1/2

When the current CBA expires two days into December, baseball gonna shut ‘er down, and we get to debate glorious new rules changes. Fun!

In anticipation of the lockout, the two interested parties agreed to at least not leave the arbitration folks waiting to know if they’re employed or what. This year, the Twins have nine players up for salary re-negotiation (with Jake Cave having already agreed to an $800k figure), and a week to take one of three courses of action: come to terms on a new one-year deal, see whose proposed salary an arbiter likes more, or choose not to tender a contract to the individual in question.

Nine arbitration-eligible players is a decent chunk of a 26-man roster, so let’s take a look at just what’s at stake here. The “arbitration years remaining” column does NOT count this year, meaning anyone with a “0” figure will be a free agent at season’s end. All numbers are estimates courtesy of MLB Trade Rumor’s arbitration estimate tool (shared by Roster Resource at Fangraphs!)

Arbitration numbers can be a bit funny-looking. Take, for example, Tyler Duffey, who is slated to make slightly more than what Kenta Maeda is making on a yearly basis to start games (and King Kenta won’t even be pitching in 2022.) There’s also the interesting case of Byron Buxton, who injured his way out of a more significant raise in his final season under team control — though I would be shocked if he ONLY comes away with seven million. (NOTE: An earlier version of this article had referenced Tyler Duffey’s arbitration estimate as $7.3MM instead of $3.7MM.)

Taylor Rogers is projected to come in at just under Buck, but I wouldn’t be surprised to see him come away with more than that, either, given his first All-Star selection, last year of arbitration, and de facto chairman of the bullpen status.

Beyond that, it’s the usual fare...a million here, a million there for players just entering this phase of their careers. Usually, that means relievers, as the members of the starting lineup are generally established, under-contract guys, and the Minnesota bullpen is usually made up of whoever caught the shuttle from St. Paul.

However, since there are no average-to-below-average players set for a $10MM salary — see Eddie Rosario, last year — there are also no glaring non-tender candidates in this pool of players, at least not to my eyes. Duffey and Rogers look like the more suspect cases but I would far sooner expect a trade than anything else.

The fringier cases have already been dealt with — John Gant, Kyle Garlick, Rob Refsnyder, and Devin Smeltzer have all been outrighted this month.

Maybe Juan Minaya gets the boot and the team spends that money on two rookie relievers who aren’t already into their 30s?

Fangraphs has the Twins’ estimated payroll sitting at $90MM based on these arb projections. I think Minnesota will wind up spending a few more million than they’re currently projected for, but it would still leave the team in a position to add a couple pieces.

I think there are some interesting 2-3 year deals out there, perhaps for pitching that will be around when we’re more confident in the season outlook than we seem to be right now. But unless a free agent negotiation is forcing some hands, I predict a mostly uneventful arbitration period for the Twins.