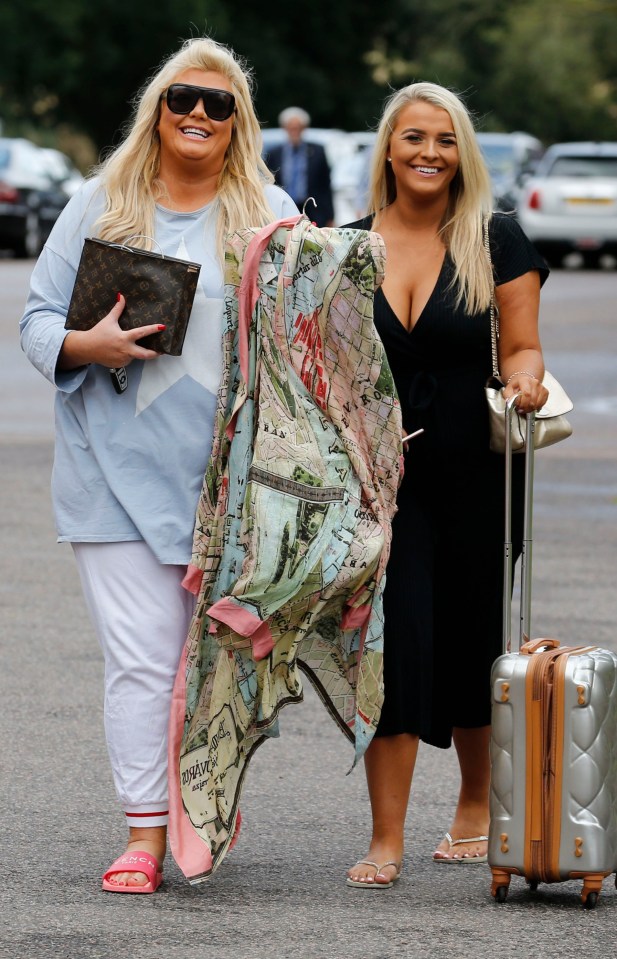 GEMMA Collins has come under fire from her Towie co-star and former best friend after her appearance on Life Stories.

The 40-year-old, who was branded ‘vile and rude’ by Charlotte Crosby last night, was called a “nutcase” by Saffron Lempriere.

The 28-year-old, who recently spoke about her falling-out with Gemma, reposted a website’s story about Charlotte’s remarks.

Saffron wrote: “Not just one of us. She thinks she’s in an untouchable bubble the rumours this nutcase said about me, treated me like a dogs body & lied beyond belief nobody knows half.

“She lost the most loyal friend to her I will never ever interview for money to this thing (something she will go round saying).

“Ironically I was contacted by pierce Morgan’s Life Stories to chat on there trust me that would never have gone down well!”

She concluded: “So for everyone asking me why I didn’t take part I would feed you with more b****x.”

Saffron joined Towie alongside Gemma as her best friend in 2018 after appearing on her reality show Diva Espana.

Posting on Instagram today she later shared what appeared to be the email Life Stories had sent inviting her to talk about Gemma on the show.

Saffron remarked: “Either the show didn’t research or this was another part of the plan.

“But to everyone saying I’m not supportive etc etc this women caused me upset beyond so please no more!”

She added: “I have not spoken to it for 2 years and will not.”

The Sun has contacted a rep for Gemma.

Saffron’s broadside came after Charlotte Crosby posted but then deleted a message about the self-professed ‘diva’.

Sharing a picture of her on Life Stories, she wrote: “This women is the most rudest vilest women I’ve been in the same airspace of.

“And she gets this kind of exposure. A show that Sir Tom was on and every legend under the sun.”

She added: “I’m sorry but. This needs to be said now. This women is vile!

“What had this girl done on TV but degrade everyone and act like she’s the dogs b***ocks. I have first hand witnessed her ABSOLUTE RUDENESS.”