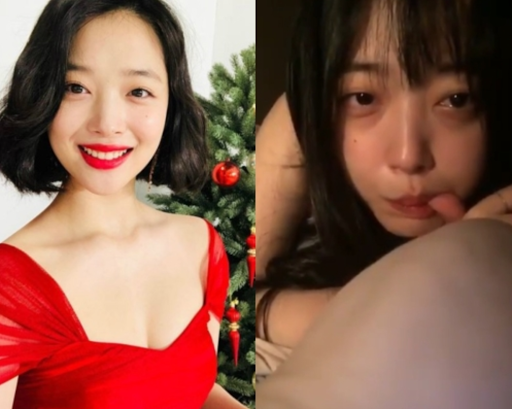 I always thought of myself as an emotionally stable person. I don't cry much, and I rarely make emotional rash decisions. I surprised myself when I heard of Sulli's passing when I found myself thinking about her all day, then I was even more surprised when tears came that evening.

But if I was going to cry for any celebrity ever (which I thought would never happen), it was going to be for Sulli. I was never her fan (to be fair, I don't think I could ever be anyone's fan), but I have always admired her, not only for her striking beauty (I had written about that in a previous post), but also for her courage for standing up to the Korean society. In a place where women (and in particular, girl groups) have a very rigid standards for how to look, how to behave, and how to speak, she was a true rebel who was not afraid to fight against all of Korea. She has open the stage for discussing many things that were too taboo to speak before, and I do not doubt that she has made Korea a better place.


Many Koreans used to say that Sulli would have been more successful if she were a Hollywood celebrity, and I can't agree with that more. Korea was truly too small for her. I hope that she'll be happy wherever she is now.

I thought that I'd share a song that I listen to often when I'm down and feeling hurt by the others, because it seems appropriate now, too.

차근차근히 푸는 수밖에
All I can do is to solve them step by step.

If only we could have accepted Sulli for who she was.

Rest in peace, Sulli. You deserve it so much. But I'll miss you.
Source: koreanforinternauts