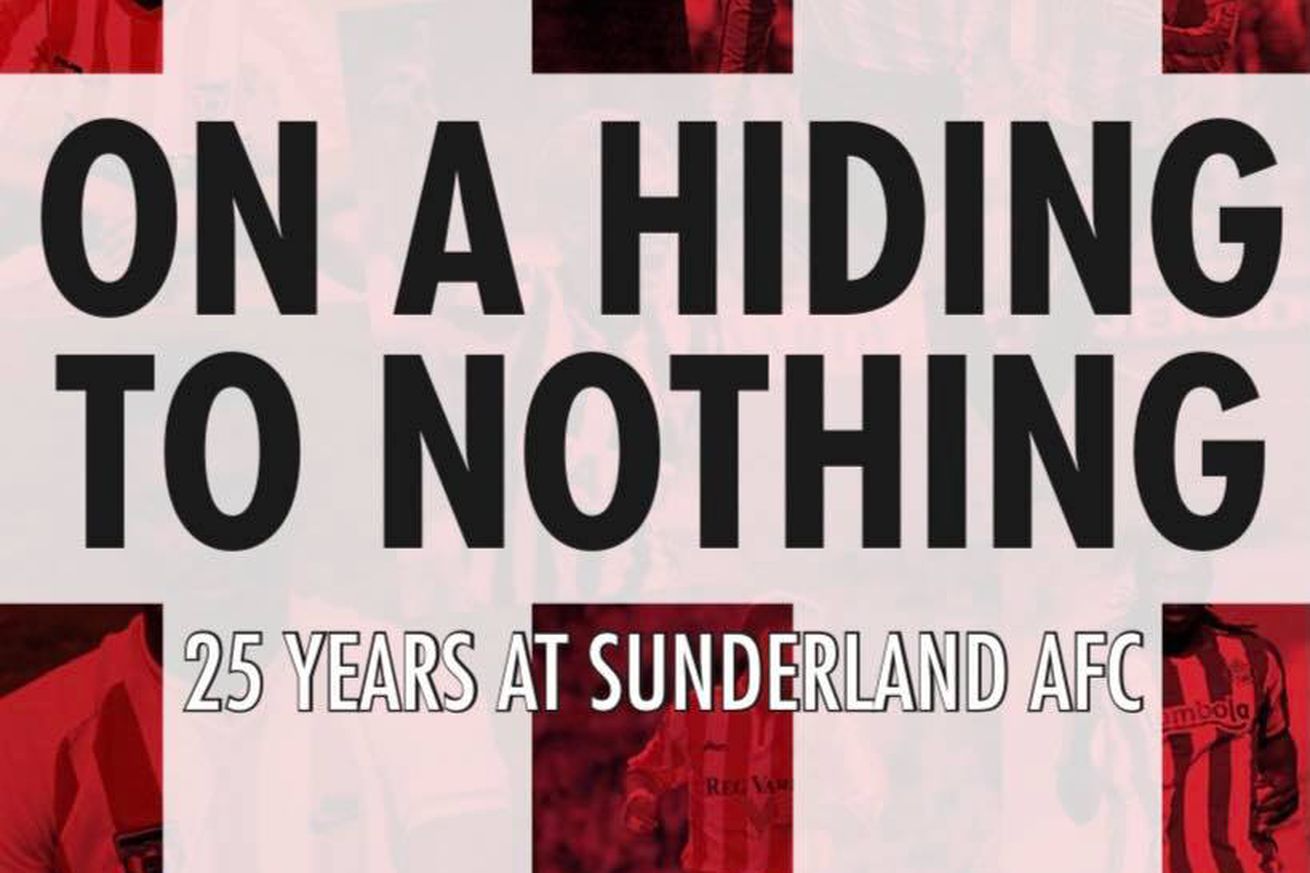 On a Hiding to Nothing: 25 Years at Sunderland AFC!

From 1984 to 2009 - Paddy Hollis’ book about a roller-coaster period in Sunderland’s history is out now!

During the lockdown, I was furloughed. From the end of March until the start of November, I found myself at a bit of a loose end. Luckily, in July 2018, I started writing a book.

I hadn’t done a great deal on it but when I was unable to work, it suddenly gave me the potential of weeks and, as it turned out, months to crack on with it.

So now, as we settle into a second national lockdown, I am able to introduce to you ‘On a Hiding to Nothing: 25 Years at Sunderland AFC’.

Ranging from 1984, all the way down to the Third Division and back, into the Stadium of Light and then through some mediocre Premier League campaigns up to 2009, there was rarely a quiet season.

My aim was to talk to players who were influential during their time at the club, but who perhaps haven’t opened up about playing for Sunderland as much as others. In the end, 23 ex-SAFC players were kind enough to share their experiences and their lives before, during and after their time on Wearside with me.

If you want to know what Tommy Miller did after retiring, where Nicky Summerbee lives now, or which ex-SAFC player now runs a sports bar in Europe, then this book is good news for you.

Around the chats with the players, I have tried to mould a history of the club, detailing the fortunes on the pitch during a roller coaster 25-year period.

I like to think that the players in this book have given an honest and frank summary of how they enjoyed their time at Sunderland; if they enjoyed it at all, that is. The players note who were the main influences during the months and years they donned the red and white stripes.

I tried to aim the book not just at Sunderland fans, but fans of the game in general. Most of these players will be unfamiliar with certain football supporters, but I hope that the stories which they have to share will enable anyone to grow fondness with the person on the pages.

Sunderland AFC is a football club which makes us laugh and cry. Watching us play, it’s often hard not to do one or the other. The players in this book were, mostly, blown away by the supporters at Roker Park and/or the Stadium of Light.

For many of the players, Sunderland was by far the biggest club they played for; a point which most mentioned. Wherever their careers took them after Sunderland, the majority still keep an eye out for the fortunes of their old club.

‘On a Hiding to Nothing’ is available online and in print at Amazon, Waterstones and A Love Supreme priced at £14.99. Without the help of individuals at Roker Report, this book wouldn’t have happened so for that, I am very grateful.

It’s been a long time in the making, but I am finally able to share this book with you and I couldn’t be happier; I hope it is as enjoyable for you to read as it was for me to write.

To purchase a copy of my book, visit the links below. Thank you!

On a Hiding to Nothing: 25 Years at Sunderland AFC!