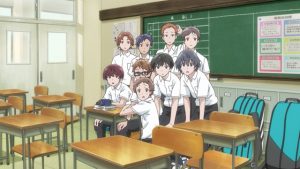 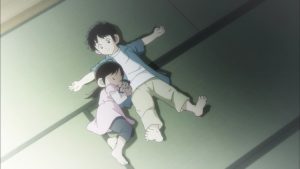 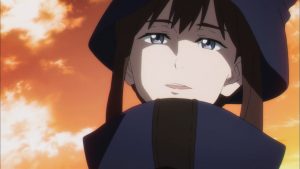 It’s only once my second 10 list is done that I feel like I can really gauge how good an anime year we’ve just had.  The very top is the most important part of any year-end list of course – those are the shows we tend to remember – but depth counts a lot, too.  So how does 2019 stack up?

On the whole I’d certainly say 2019 was a stronger year than 2018 for anime.  I mean, at least three and possibly four 2019 series would have been #1 on last year’s list – how can I not?  But in looking at them side by side, I’d probably take 2018’a #11-20 list (at least it’d be a tough call).  The moral of the story is that while it was a decent year for elite quality, 2019 was another rough one for quantity.  With the fewest shows produced for at least a few years it was already at a disadvantage, and so many series these days just don’t even enter into the pool as far as quality is concerned.  It’s simple and cruel math, really.

I will say this – the top of this B-list was strong.  As so often seems to be the same I have about a dozen shows I really thought of as Top 10 series.  After that though, it’s a fairly steep drop-off.  Lots of series that I feel real affection for, but not serious Top 10 contenders.  In particular I had to stretch as much to get to 20 in 2019 as I ever have in doing these lists.  I don’t think this is an aberration – I just think it’s anime’s new reality.

11. Hoshiai no Sora – The Hoshiai no Sora debacle was the lump of coal in the stocking of every fan of good anime.  That doesn’t change the fact that it was a terrific series, even if it never got the chance to reach its full potential.  A lot of what seemed puzzling when watching this series now makes sense – there was definitely too much story here for one cour, but I heartily respect Akane Kazuki for refusing to bastardize his creation in deference to the production committee.  It and the following series are basically 9 and 10-A – those four shows were effwctively even in my book.

12. Mix – Mix, of course, was a series which stopped in the middle for an entirely different and more understandable reason.  This series is classic Adachi – which means it’s really good.  I don’t rank it with his very best work and the adaptation didn’t do anything exceptional to enhance the experience (in fact it did one thing to detract from it), but that’s still enough to make it a legit Top 10 series in a typical year.  I certainly hope Adachi finishes the series (that’s no given with him in recent years) and if he does I think it’s only a matter of when we get another season, not if.

13. Boogiepop wa Warawanai – Every year’s list seems to have a show which surprises me, in hindsight, how highly I regard it.  Boogiepop was never the headline act of my anime calendar but somehow it really stays with me.  Some arcs were much better than others, but on the whole this is an incredibly thoughtful and genuinely deep series – a tribute to the intellectual ambition of Kadono Kouhei.  I also really respect that Madhouse and director Natsume Shingo were faithful to Kadono’s highly unorthodox narrative style – because if they hadn’t been, I believe the entire show would have collapsed like a house of cards.

14. Gegege no Kitarou 2018 – Yes it’s eligible, having aired for the entire year.  Any time you have a long-running series this you’re going to have peaks and valleys, especially with a show airing in a timeslot aimed at kids.  But Gegege no Kitarou has been consistently smart, funny, socially aware and brilliantly produced.  It’s managed to update the franchise in a meaningful way while remaining true to what makes it what it is – including Mizuki Shigeru’s relentless subversiveness.  It’s become a cherished part of my Sundays and I’ll certainly miss it once it’s gone.

15. Mayonaka no Occult Koumuin – Mayonaka was one of my 2019 sleepers that paid out in a big way.  It spun its modest budget into a relentlessly entertaining and smart supernatural thriller, one of the more effective takes on what’s now a pretty familiar basic premise for anime.  In addition to the writing being very strong it should be noted that the cast here was exceptional, with some very familiar names seeming to relish being freed from the burden of an overhyped property and simply being able to act.  Under the radar to be sure, but in the best possible way.

16. Given – Given was a very good show for what it was, but it places here rather than higher because of all that it failed to deliver.  It’s tough to adapt ongoing series in 11 episodes to be sure, but even by that standard Given felt pretty incomplete.  A romance with almost no romance and a music show with almost no music, Given only succeeded as well as it did because it offered compelling characters and a refreshingly straightforward take on same-sex relationships among teenaged males.  I’m frustrated that my primary takeaway is frustration at wanting more, but that I am frustrated speaks to the fact that what we got was very good.

17. Yakusoku no Neverland – Cloverworks delivered a solid adaptation of The Promised Neverland’s first – and best – act.  They trashed one pretty important character, though, and that does impact my overall view of the anime.  Still – this was a pretty stylish and sometimes quite experimental take on the material.  I’ve always felt that Neverland was better in terms of premise than execution, and that pretty much carried through to the anime – it was weak where the manga is weak and strong where it’s strong.  This is a series that’s surely going to see a complete anime adaptation, so we’re really just getting started.

18. One Punch Man Season 2 – Here we reach the point in the list where the series, good as they are, probably shouldn’t be ranking in a decent year.  The part of One Punch Man Season 2 everybody loves to rag on is the animation, but while I acknowledge it was far better in S1 at Madhouse, it wasn’t the major reason why the series ranked lower than its predecessor for me.  There was a seeming lack of focus here – I never really understood what this season was trying to accomplish, and it ended up being a string of loosely connected material of varying effectiveness.

19. Kochouki: Wakaki Nobunaga – It was nice getting an Oda Nobunaga series without some absurd hook, and Kochouki was pretty successful on the whole.  This part of Nobunaga’s life is not especially well-known, which gave Kochouki a fairly free hand in taking the story in some fanciful directions.

20. Fruits Basket 2019 – Fruits Basket 2019 was a stark reminder of just how much Akitarou Daichi did to paper over the cracks in Fruits Basket.  Because the whole raison d’être of this version was to be the antithesis of Akitarou’s – to give mangaka Takaya Natsuki everything she wants, and what she wants is a note-faithful adaptation – it gave us Furuba warts and all, and it definitely has quite a few warts.  Still – at its best (which was almost always when it was about something serious) this series could be very emotionally powerful.  2020 brings us the second season, featuring material entirely new to the anime side.