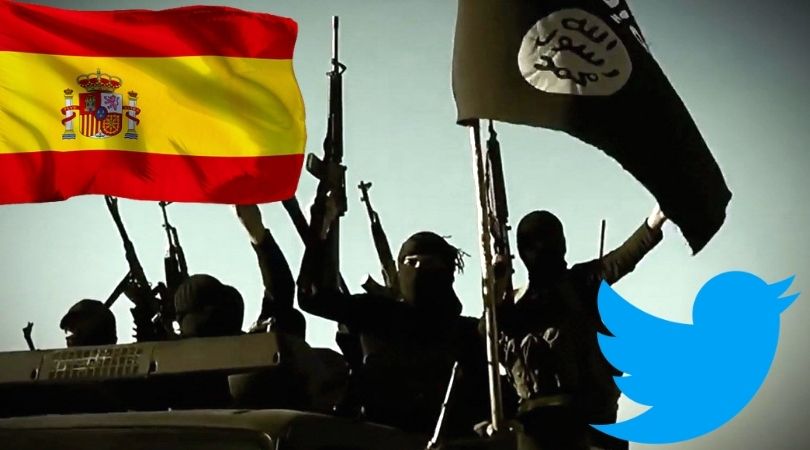 In a manifesto, the Muslim groups claimed:

Associating Islam and Muslims with terrorism as a right-wing vote-seeking strategy is a barbaric act on the part of Vox that aims to fuel racism, xenophobia and hatred of Muslims and a derision of religion and a lack of respect for the religious sentiments of many citizens of this country.

The statement further asserted, "These violent attacks on Muslims, based on lies, deception and false information, contrast with the reality of the many Muslims that live in this country. Therefore, we believe that these are attacks on democracy, justice and liberty, and a violation of our religious and human values."

In January, Vox began a media campaign dubbed "Stop Islamization" in the autonomous region of Catalonia. Vox, a pro-life party with nationalist leanings, linked the apparent failure of Muslims to integrate into Spanish society and culture with uncontrolled immigration, crime and economic malaise. On Feb. 3, three Muslim federations issued a complaint alleging that Vox had committed a hate crime. On Feb. 16, just two days after Catalonia elected a new legislature, prosecutors agreed to take the case. Twitter responded by temporarily suspending Vox's account, claiming that the party had engaged in hate speech.

Juan Garriga Doménech and Mónica Lora, who represent Vox in Catalonia's legislature, were already facing criminal charges for allegedly engaging in hate crimes and discrimination while campaigning in 2011. Garriga Doménech's cousin, Ignacio Garriga Vaz de Concicao, leads Vox in Catalonia and is himself the son of an immigrant from Equatorial Guinea, a former Spanish colony. Dubbed by the media as the party's "black man," he has rejected the moniker and has shown support for deporting illegal immigrants.

Vox won 11 seats in Catalonia's regional legislature on Feb. 14, pushing aside the pro-business, centrist Popular Party, whose share dropped in the 135-member chamber. The great majority of the seats are held by leftist parties that advocate for abortion, the LGBTQ agenda, increased welfare subsidies and Catalonia's independence from Spain. In its campaign literature, Vox has warned that independence for Catalonia will lead to an Islamic republic. Vox has gained popular support in Spain and has defied the ruling leftist coalition government over abortion, immigration, parental rights and euthanasia. Vox is also the minority in Spain's national parliament, with 3 seats in the 265-seat Senate and 52 in the 350-seat Chamber of Deputies.

Free episode from CHURCH MILITANT Premium
WATCH MORE LIKE THIS

A video that Vox shared on Facebook, Twitter and elsewhere featured clips of media reports of rioting Muslims, arrests of terrorists and Muslim women wearing head-to-toe coverings. The video also noted that half of the extremist Salafi mosques in Spain are found in Catalonia and that recently arrested members of a Muslim terrorist cell had been preparing improvised explosives.

In 2019, according to Spain's Union of Islamic Communities, there were nearly 2 million Muslims in a country of about 47.4 million people. According to the group, there are more than 564,000 Muslims living in Catalonia, Spain's second-richest region. This means that Catalonia has the highest percentage of Muslims of any region in the country.

Spain continues to see hundreds of illegal immigrants crossing the treacherous waters of the Mediterranean in fragile boats chartered by criminal gangs, sometimes landing amid swimmers at Spain's famed beaches. Illegal immigrants, many from Africa and the Middle East, have become a fixture in Spanish cities where they sell trinkets to passersby or beg for alms. In March 2018, a riot broke out in Madrid's Lavapiés immigrant neighborhood after Mame Mbaye — a 34-year-old, Senegalese immigrant vendor — died during a police raid on street vendors. When rumors spread that he had been tortured under police custody, a disturbance broke out, setting police against agitated illegal immigrants and causing €80,000 in damages to public property. An official investigation later found that his death was due to cardio-pulmonary failure that occurred despite first-aid from police.

Vox's Marta Castro issued a complaint against Twitter to a Madrid court on Feb. 3, alleging that the platform had infringed on the party's fundamental right to free speech and had falsely accused Vox of hate crimes. Castro alleged that the suspension deprived Vox of communication with voters. Vox is calling for legal reform that would allow for sanctions against social media for censoring content. In Poland, the Law and Justice Party has called for similar reform.

On Jan. 8, police descended on a Muslim terrorist cell in Barcelona. According to police sources, three men (who entered Spain in one of the many boats from Africa bearing illegal immigrants) were arrested. Of Libyan and Moroccan origin, the three terrorists had been trained in Syria.

Catalonia, according to police, has become one of the favorite European destinations for terrorists. Spain's intelligence services contend that, since 2012, of the 200 anti-terrorist operations in Spain, 30% took place in Catalonia. Since 2012, of the 411 jihadi terrorists arrested in Spain, 118 were caught in Catalonia. According to the Elcano Institute of Spain, a third of the jihadis killed or convicted in Spain between 2004 and 2018 resided in Catalonia. This is due, according to Elcano, to the high number of Salafi Muslims in the region. As of 2019, there were 1,695 mosques and other Muslim worship spaces in Spain, of which 321 are in Catalonia, according to the government-approved Religious Pluralism Observatory of Spain.

A Moroccan Muslim man drove a delivery truck into victims on a pedestrian thoroughfare, killing 13 and injuring dozens in Barcelona.

Many Spaniards still remember the August 2017 Muslim terrorist attacks in Barcelona and Cambrils (a town in Catalonia). A Moroccan Muslim man drove a delivery truck into victims on a pedestrian thoroughfare, killing 13 and injuring dozens in Barcelona, while several adolescent Spanish-born Muslims knifed three victims. Muslim terrorists have used similar tactics in other European cities, such as London and Marseille, in recent years.

Elsewhere in Europe, moderate Muslims have warned against the alliance of socialist and environmentalist parties with Muslim extremists. For example, Dr. Amer Albayati told Visegrad Post in 2017 that he lives under police guard and wears body armor because of threats against his life from ISIS terrorists. He lives in Vienna but must move from one address to another to escape the death penalty prescribed under Sharia law for those who defame Islam.

Albayati said he despairs of any reform of Islam, but he expressed the hope that non-Arab Muslims (such as Turks, Chechens and Bosnians) can be reached. Saying that Islam should be reformed, especially among Europe's Muslims, he proclaimed, "Muslims cannot come to Europe and impose Sharia law upon Europeans. We are against Sharia in Europe. What we need are secular Muslims."

Albayati identified Saudi Arabia and Turkey as the source of influence in European political parties, adding that groups such as the Muslim Brotherhood, Salafists, Hamas and jihadist Muslims of various stripes live in Europe and influence politics. "The socialists and the Greens support the Islamists," he told Visegrad Post, "to get more votes." For his part, however, he said that he does "not want to change the Christian culture of Austria."

In contrast to Spain, countries such as Poland, Slovakia and Hungary have fewer Muslims and markedly lower rates of terrorism. These Eastern European countries largely shut their borders to the wave of mostly Muslim migrants that came to Europe during the fighting that pitted the Islamic State (ISIS) against the armies of Syria and Iraq. Approximately 700,000 refugees (86% of them Muslim) entered Germany, for instance, which could render Germany 20% Muslim by 2050, according to the Pew organization (due to a higher birthrate among Muslims as compared with non-Muslims in Western Europe). In contrast with Eastern European countries that pushed Muslim migrants to the west and north, Germany has had terrorist attacks and other incidents of friction between natives and Muslim arrivals.