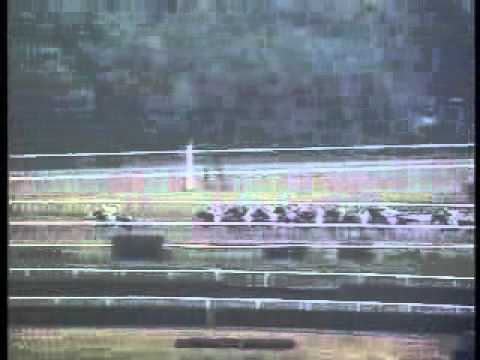 path·find·er/ˈpaTHˌfīndər/ noun: a person who goes ahead and discovers or shows others a path or way.

In racing, “finding a path” refers to jockeys’ ability to guide a headstrong animal 10 times their weight to victory through a maze of competitors of equal determination and size in close quarters at speeds up to 40 miles per hour and in weather conditions that range from fair to foul on grass or dirt.

In the case of Hall of Fame jockey Julie Krone, it also involved crafting a path for other young, equally ambitious young women to have the opportunity to experience their own dream of guiding a Thoroughbred to victory on racetracks around the world.

Juliann Louise Krone was born in 1963 in Benton Harbor, Michigan. It was a seemingly unlikely birthplace for a future Hall of Fame Thoroughbred jockey, but the love of horses was clearly in her genes. Her mother Judi had been a champion equestrian rider in high school and had Julie in the saddle by the age of only two.

Like many parents, Judi saw in her daughter the possibility to accomplish her own unfulfilled dream, to be a world-class champion horsewoman.

By only age five, Julie took a first step toward that goal. Trained, cajoled and encouraged by her horse equivalent of a stage mom, Krone won the Berrien County Youth Fair Horse Show, despite facing competitors already in their teens.

Young Julie of course would grow older, but would always seem limited by a stature hardly larger than a child’s. At only four feet ten inches tall and barely weighing 100 pounds as an adult, she was tiny even by jockey standards. Beyond that, she had and retains the high-pitched but inviting voice of a young girl. Teased in middle school, she found comfort in poetry and a love of animals, particularly horses.

What was large about her was her love of speed, her competitive spirit and her unflagging determination. She learned to perform tricks while riding and even considered joining a circus—traveling circuses were still popular when she was a teenager—but her heart always belonged to racing.

She taped a racecourse picture on her bedroom ceiling and went to sleep with a riding crop in her hand, mentally guiding her imagined Thoroughbred around the track.

“If the stable gate is closed, climb the fence” became her oft-quoted mantra.

It’s been said young Julie’s first job came as a result of a conspiracy between herself and her mother. Reportedly, Judi forged Julie’s birth certificate to help secure Krone’s first real job in racing as a hot walker at Churchill Downs for trainer Clarence Picou. Hot walkers are tasked with cooling down racehorses after training workouts and races. A scant year later, in 1980, she began work as an exercise rider, and soon after became an apprentice jockey.

She made her professional debut as a jockey the following year and, on February 17, 1981 snared her first of 3,704 winners from 21,412 starts at Tampa Bay Downs, Florida on Lord Farkle.

The winners would eventually come swiftly, but the respect would take some time. From its earliest days, Thoroughbred racing was a men-only sport, not unlike today’s National Football League. Early women riders like Krone were shunned. They were thought to have typically “feminine” virtues, to be horse whisperers, but lacking in the “masculine” traits of physical strength and competitive spirit.

Whether because of her diminutive size or her fierce temperament, Krone did not back down from any taunts, in fact inflamed them. In one famous incident during a race at Monmouth Park, NJ in 1986, rider Miguel Rujano whipped her in the face. Rujano denied ill intent saying she was interfering with his ride and accidentally struck her. After the race, as the two left the weighing scales, Krone delivered a roundhouse punch that resulted in a chair-throwing brawl, a fine for both riders and a five-day suspension for Rujano. But on the end of that punch was Krone’s message that she was tough enough to be one of the boys.

As the wins piled up throughout the 1980s at tracks throughout the East, her talent got attention, particularly after Bud Delp, trainer of Spectacular Bid, gave her a first big break and helped teach her to calculate proper pacing in a race. She would earn rides on quality horses at larger, more prestigious tracks: Pimlico, Saratoga and her dream, Churchill Downs.

In 1992, Krone got her first Kentucky Derby start on Ecstatic Ride and that same year a Belmont Stakes mount (Colony Light, 6th). She was not the first woman to ride in the Derby—Krone was preceded by Diane Crump (1970 on Fathom, 15th), Patti P.J. Cooksey (1984 on So Vague, 11th), Andrea Seefeldt (1991 on Forty Something, 16th)—but she would be the first of only two women to ever ride in a Derby twice when she rode Suave Prospect to 11th place finish in 1995.

Unlike Sisyphus, forever damned by Zeus to push a boulder up a hill only to have it roll back down, Krone most successfully pushed back against the burdens of limited size and gender inequity in the 1993 Belmont Stakes, the third and longest leg of the American Triple Crown.

On a gloomy, rain-soaked late afternoon at Belmont Park, Krone was aboard 13-1 longshot Colonial Affair. Mid-pack throughout the mile-and-one-half race, Krone moved her mount around the far turn going into the long Belmont stretch. She took the lead and was never seriously challenged, winning by two lengths and surviving a steward’s inquiry to become the first woman ever to win a Triple Crown race.

At only 29 years of age, Krone was now more than one of the boys and top of the girls; she had earned elite jockey status. But the Racing Gods are fickle and at Saratoga, NY on Aug. 30, 1993, they took away all that Krone had earned and nearly her life as well.

It’s been described as the worst jockey accident in horseracing history. Krone was aboard Seattle Way, a three-year-old son of undefeated Triple Crown winner Seattle Slew seeking to break his maiden in a turf race. As she moved her horse on the outside to challenge, the horse inside her veered into her path. The horses clipped heels. Seattle Way stumbled, but did not fall. Krone was not so fortunate. Thrown from her mount to the turf, she was trampled by four horses following. One delivered a heel kick directly to her chest.

Krone suffered what one of her doctors described as “the kind of injuries you would see from a car or plane crash”: a concussion, compressed vertebrae, a cracked hip, torn knee cartilage and a—literally—fragmented ankle. But those injuries were not as potentially fatal as the heel kick to her chest.

She would recover. Slowly.

Krone would ride for another decade, retiring briefly for 2000, returning until 2003. She would win more races, but the thrill was gone. She would be in physical pain from the after effects of the injuries she had suffered in that horrific accident, and very publicly would confront the psychological after effects of her accident, akin to the post-traumatic stress disorder suffered by combat veterans.

Never the same rider, she had with good reason become tentative. She felt her mounts sensed it: “They never relaxed.”

By the time she retired from racing, Krone had accomplished more than she or mother Judi could ever have hoped: 3,704 wins in 21,412 starts, an elite 17.4 percent strike rate; $90,126,584 in purse earnings; induction into the Hall of Fame in 2000; a Breeders’ Cup Juvenile win on Halfbridled in 2003; dual appearances in the Kentucky Derby and the first, and to date only, female jockey win in a Triple Crown race, the 2003 Belmont Stakes on Colonial Affair.

Asked about that last achievement, Krone would say “I don’t think that should be about gender.” But asked about being a model for young women athletes, she also would say “I’m proud to be considered in that role.”

That role would leave a path for other young, horse-loving women to follow.

Canadian model, television personality and actress Chantal Sutherland would claim Thoroughbred racing as her first love and fared well at it, garnering 1,160 wins, including first-female wins in the Santa Anita Handicap and the Hollywood Gold Cup. She would finish second in the 2011 Breeders’ Cup Classic on Bob Baffert-trained Game On Dude and become the first woman to ride in the (then) $10 million 2012 Dubai World Cup.

American Rosie Napravnik would fare even better. She became only the second woman after Krone to have dual appearances in the Kentucky Derby (2011, Pants On Fire; and 2013, Mylute). Her 5th-place finish on Mylute was the best yet achieved by a woman rider in the Derby. The pair would combine for 3rd place in that year’s Preakness.

A fan favorite, Napravnik collected 1,877 wins, including two Kentucky Oaks trophies (2012, Believe You Can; 2014, Untapable)—the Distaff equivalent to the Derby run the day before. She also would pick up wins in the Breeders’ Cup Juvenile (2012, Shanghai Bobby) and, in a crowning achievement on the day she announced her retirement from racing, the Breeders’ Cup Distaff in 2014 at Santa Anita Park on Untapable.

Notwithstanding their own achievements, it was Julie Krone who made it possible for those women riders to be taken seriously by the Bafferts, the Pletchers, the Asmussens and other elite trainers.

In 2019, Krone began a new project, the Julie Krone Junior Jockey Camp. The Camp is designed to introduce boys and girls ages 12–17 to the world of Thoroughbred racing and horse care. Conducted at the Long Shadows facility in upstate New York, campers are selected on the basis of financial need and submit written essays along with their applications. The horse-people-to-be are supported by business and private donations.

“I can’t think of a better way for young people to learn about our beautiful sport, and perhaps go on to work at a farm, a training center, or even the racetrack,” says Krone.

Perhaps one or two of them will even tape a photograph of a racecourse over their bunk at night and, riding crop in hand, go to sleep guiding their Thoroughbred on to victory.