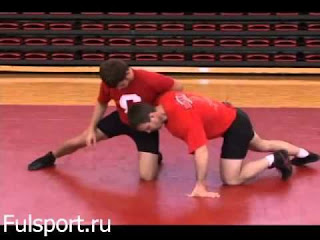 When I attended Temple University one of the course requirements was I had to take 4 semesters of Phys Ed requirements. Probably the best one was when I took ballroom dancing, of course I was the only guy in the class, and all the girls got to dance with me.

On my dorm floor were many members of the Temple Wrestling team, 2 of them being National  Wrestling Champions. So that is probably where I got the idea to take a semester of wrestling. I can’t say I was any great shake at wresting but one thing I remember was being taught the Wizzer.

As was described to me the Wizzer was an escape technique. One if they didn’t suspect you know it would allow you to spin out of their lock on the ground. It had  to be strongly practiced and never used to remain a surprise.

In that context I am going to remember many times I have been surprised in my martial experience. All them are Wizzers.

1.      I was a yellow belt, you know that  time you don’t know a great deal. Dennis Lockwood was preparing us for a demonstration and he wanted us to be able to perform a throw. He showed us how it worked. Then selected me to demonstrate it on. He entered my attack and went to perform the throw. Not knowing what to do to stop it, my body remembered something I had learned in that wrestling class. As he stepped behind to begin his throw, I just dropped lower than he did. Then as he continued his throw with me now lower than he was, instead he threw himself. It surprised him, it petrified me having thrown my instructor. Quite a few years later I worked out what happened and the underlying principle. Basically every throw can be countered by itself if that was applied exactly at the midpoint of the throw. Of course that is not easy to do, but it can be trained. That explains why preWWII aikido, IMO, included so many atemi strikes. The strike causing the attackers mind to be occupied to make the lock/throw easier.

2.       Later as a blue belt Dennis Lockwood was trying to get me to understand I did not need to attempt to fight the manner of lighter fighters. We had so many in class, I was trying to imitate their fighting style. He was telling me that was not appropriate for me. So he showed me this movement. When in kumite what he wanted me to do was to use my front foot to reap their lead leg. The reap was to be a fake, but also to use if it worked. As the leg performed the reap, it would be going back into chamber by that motion. From there an immediate front roundhouse (or squat) kick would instantly follow into their solar plexus or abdomen. Again a onetime technique to be unexpected, but also requiring continuous practice. A version of that move also works for self defense. Where the fake reap sets up a swift squat kick into the groin.

3.      When living in Scranton for a time I was also training in Tang Soo Do and training in Isshinryu with Charles Murray. One night Charles and  I were sparring. My kicks had gotten much stronger because of my TSD training and I attempted to hit him with a side kick. But instead of moving back or swarming over me as he normally did, Instead he did something other. As I began to kick to him, instead he dropped to the ground while moving in, then he planted a side kick from the floor which I was not expecting. Now I began throwing side kicks and front kicks from the floor on my first night of training, but that was if I was forced down I could still fight. This was something to do in kumite, a one time movement. Charles then explained how to cherish the floor while moving in, and then side kicking the groin. The next week in my TSD class we had sparring, and I made it work. Espceially as none of them had seen it before.

4.      I was a rather new black belt and it was a Cherry Blossom tournament in Forty Fort Pa. At the end I went into the locker room to change. Joe Brague, a senior instructor in Goshin Jutsu, was explaining something to his students in there. He asked “Smith, would you come here I want to demonstrate something.” The next thing I knew I was coming to on the floor. He threw a carotid choke on me, something I didn’t even know existed. I then started looking, finally finding examples in different karate magazines. I made a study of them, collected 5 different ways to do it. Of course inappropriate for the youth I was teaching. A number of yoars later I was invited to conduct a session at a local summer karate camp. They weren’t Isshinryu, so I decided I would teach ‘how to choke’ as a seminar. When the camp director saw what I was doing, he ran over and had a comiption, telling me that I couldn’t show them that! I had never discussed this with anyone before and had not thought through what I was doing. Now I agree that was inappropriate for open instruction. But I never stopped working on that either.

5.      Just before I was to leave Scranton I was down helping Tris Sutrisno and one of his students prepare for a demo. The two of us were to attack him. His student would knock him down and I was to come in and stomp him. I remember he ended up sitting on the floor and I began my part, the stoup. What I did not expect was his response. He just struck up with his extended middle finger, into the spot 1’2 was between my testes and my anus. His finger struck and I learned how to fly. That strike was that painful. He responded something like “Oh, Victor, I thought you were wearing a cup.” Lesson learned, how painful a strike there would. Many defensive lessons there, and many offensive lesson there. For example I could be a rising toe kick to that point.

6.      Several years later I was training with Ernie Rothrock, studying tai chi chaun and a variety of Chinese forms. We did not study form technique applications much, that was not my purpose. Saturday afternoons I would travel to his main school to work for 4 hours. It as a general practice session for his seniors to use. One Saturday afternoon I watched him prepare for a demo with a senior student. When he was attacked what I saw was that Ernie just walked through the attack, and that motion put the person on the ground. After seeing that done a few times, I started working out what he had done. It took me a while but I believed I understood what he did. It did not fit the kids I was teaching at that time, so it went on the back burner. About 5 years later I saw him do it again at a private group seminar being held at my school. I had worked it out and had it down cold.

There are so many more to come.
Source: isshin concentration